Startup firms are finding early-stage funding for their ventures and plenty of moral support in Tennessee. 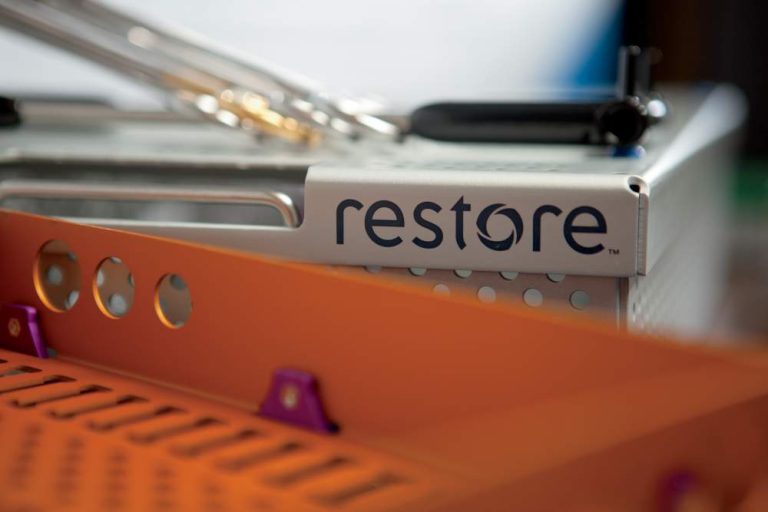 A few years ago, Atlanta entrepreneurs Shawn Flynn and Ryan Ramkhelawan had almost everything they needed to get their startup, Restore Medical Solutions, off the ground: a marketable idea, prototypes and a patent. But they lacked the support necessary to launch their business to the next level.

“We were getting to the point where, to take it anywhere else, we needed capital,” says Ramkhelawan, who along with Flynn, had invested thousands out of his own pocket to design and develop a tool to improve the sterilization of surgical instruments. In Tennessee, they found what they needed – and much more.

After hearing about the network of hospitals and the medical device community in Memphis, they visited and returned a few months later to participate in ZeroTo510, a 12-week accelerator program developed by the Memphis Bioworks Foundation to bring new medical devices to market. The pair received $50,000 in seed funding from early-stage investors Innova and MB Venture Partners as part of the program. While the funding was important, the mentoring they received made the biggest difference in their growth. Along with guidance from financial and regulatory experts, the men relied on expertise and insight from local health-care leaders to refine their product.

“People wanted us to succeed, even more than we wanted to succeed,” Ramkhelawan says. “That made us try harder.” As finalists of the program, the team received an additional $2.5 million for their venture, and eight months later, they earned FDA approval and began marketing their product to hospitals, landing a deal with Duke University Hospital right out of the gate. The men have since moved to Memphis and are collaborating with hospitals and medical device firms in the city to develop their product portfolio even more. They credit the community with helping them achieve so much so soon.

“People are so well connected here; you can get things done much more quickly,” Ryan says. “We couldn’t have pulled that off in Atlanta.”

That receptivity is native to Tennessee, which has long been attracting and cultivating entrepreneurs and serves as the launching pad for many global companies like FedEx, Hospital Corporation of America (HCA), Community Health Systems and other industry leaders. Initiatives such as the public-private Launch TN partnership are enriching that environment even more through regional business accelerators, commercialization of technologies from research institutions and networks linking startups to venture and angel investors. Greater access to capital through programs like INCITE, a co-investment fund that provides matching funds for investors of fledgling tech- and knowledge-based firms, is also boosting startup activity statewide. With seed and early-stage funding growing for startups, “there has never been a better time to be an entrepreneur in Tennessee,” says Gary Stevenson, managing partner at MB Ventures, which provides equity capital and mentoring to life sciences firms.

Innovation is flourishing among firms specializing in medical devices, biotechnology, health-care services and information technology, especially with considerations under the Affordable Care Act taking shape and demand rising for medical products in developing countries. Many are tapping into the deep well of industry expertise and networks across the state, from medical device and biotech clusters in Memphis to the concentration of health-care establishments in Nashville. Within these industry circles, “there is an openness as far as wanting to see others be successful,” says John Davis, vice president of Capital Council, a Nashville-based private equity firm that invests in emerging health-care firms and pairs them with experienced CEOs for mentoring.

This welcoming spirit was part of what persuaded Saurabh Sinha to move his health-care IT startup, emids, from the San Francisco Bay area to Tennessee. Not only was the expertise in health care more extensive in Nashville, but industry leaders were willing to return his phone calls and talk about their needs. Being able to share ideas and collaborate with some of the biggest names in health care “played a huge role in helping emids grow,” Sinha says. The lower cost of living in Tennessee helped Sinha keep expenses low while getting his business off the ground, but as the venture has grown, its quality of life that keeps him here.

“Nashville has a lot of the things bigger cities have: a symphony, performing arts, sports and an all-around good life,” he says. “What drew us was the work, but what keeps us enjoying life here are these other elements.” Check out more reasons why Tennessee is a great place to do business.