The Volunteer State's auto industry is in the fast lane for growth. 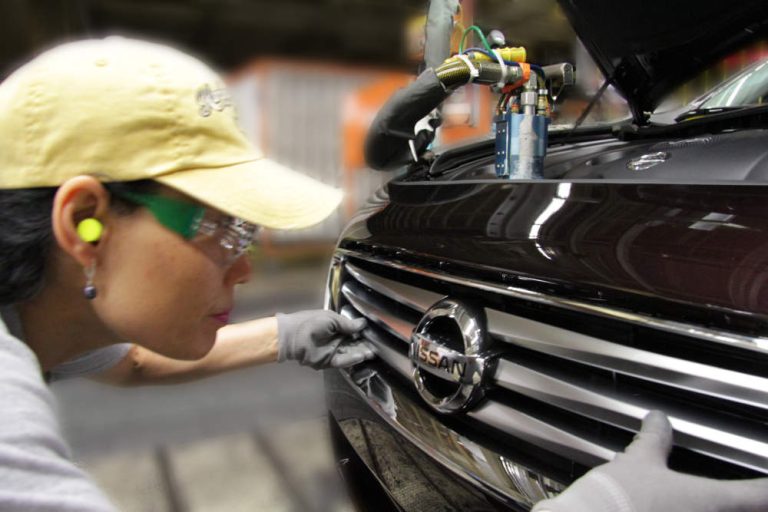 Tennessee’s automotive industry is running at full throttle, creating tens of thousands of jobs and attracting billions of dollars in investments across the state.

The industry employs nearly 118,000 workers at 930 establishments across Tennessee and accounts for one in three manufacturing jobs. Area Development magazine named Tennessee the top state on its Automotive Manufacturing Strength ranking for five of the past six years.

The automotive sector’s impact is felt across Tennessee. Eighty-eight of the state’s 95 counties have at least one automotive-related manufacturing operation in them. Those operations include the state’s three original equipment manufacturers (OEMs) – Nissan in Smyrna, Dechard and Franklin, General Motors in Spring Hill and Volkswagen in Chattanooga. Their presence has helped attract investments from hundreds of Tier I and Tier II auto parts suppliers.

The industry is rapidly growing in the state, says Ashley Frye, executive director of the Tennessee Automotive Manufacturers Association.

“When Nissan made its decision to locate their first plant in the United States in 1980, several prominent factors were highlighted. They included a highly dedicated and available workforce, excellent location relative to the market, affordable energy, low tax burden coupled with a good quality of life, and finally, a state government interested in supporting business,” says Frye.

“Fast forward to today and all of these factors not only remain in place but several have been reinforced, elevating Tennessee to the best business location in the Southeast,” he says.

The industry is bolstered by Tennessee’s highly skilled workforce. Engineering and engineering technologies program completions in Tennessee increased by 35.7 percent between 2009 and 2014. Another valuable resource is the state’s network of 27 colleges of applied technology, many of which offer courses and programs geared to automotive manufacturing.

Proof of Tennessee’s growing strength can be found in communities across the state. Volkswagen is investing $900 million at its plant in Chattanooga for a new SUV model. Since 2010, GM has invested close to $2 billion and added hundreds of jobs at its operation in Spring Hill. Nissan employs 8,400 works at its facility in Smyrna, 1,900 at its operations in Dechard and 1,700 at its North American headquarters in Franklin.

Auto suppliers are investing in new facilities and adding jobs as well. Hankook Tire is establishing a headquarters operation in Nashville and investing $800 million in a manufacturing plant in Clarksville that will employ 1,800 workers when it is at full capacity. Bridgestone Americas is relocating its headquarters to downtown Nashville, where it will employ 1,700 people. Kasai North America, which provides automotive components to manufacturers in North America and also exports products to Asia, established its new headquarters in Murfreesboro, where it is creating 100 new jobs and investing an estimated $13.4 million. Steel Technologies LLC is building an 83,000-square-foot facility in Smyrna, a second facility for the specialty steel processor in Rutherford County.

In Cookeville, Ficosa North America is manufacturing automotive components at its new 270,000-square-foot facility, where it is creating as many as 500 new jobs in addition to 500 jobs transferred from its previous facility in Crossville.

Ficosa North America supplies Ford, Chrysler, GM, Volkswagen and Nissan with rearview mirrors. The new facility will have the capacity to produce 4.5 million units per year.

The new facility is a timely expansion for the company. Ficosa North America has been awarded four new rear-view mirror contracts worth $510 million, and consisting of 8.9 million rearview mirrors over five years. These new contracts will account for $460 million in sales for the Cookeville facility, says spokesman JD Sizemore.

“The new facility in Cookeville, with state-of-the-art technology, fits the needs of Ficosa and Ficosa’s customers perfectly. Cookeville is in the heart of the new automotive corridor, and its proximity to both OEM manufacturing sites and a great workforce that includes students from Tennessee Technological University and a high school that has an advanced manufacturing curriculum led us to the location,” says Sizemore.

“Together, with the cooperation of three levels of government and the community, we were able to make this project happen,” he says. – Bill Lewis