Discover how rich musical heritage in Nashville and Memphis have helped create a growing entertainment industry cluster in Tennessee. 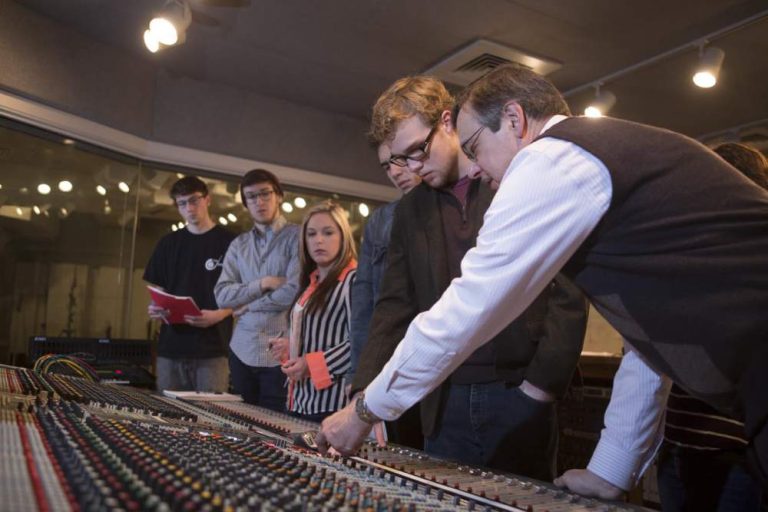 From film to television production to music to new media, Tennessee has created a vibrant entertainment industry that is bringing with it new opportunities for economic development. Tennessee’s Entertainment cluster includes 1,253 establishments running the gamut from motion picture and sound recording to broadcasting, film production, musical instrument manufacturing, digital media and music publishing.

Tennessee ranks first among states for employment in music publishing and third for employment in record production, sound recording, musical instrument manufacturing, integrated record production and distribution, and musical groups and artists. From music making to film and television production, entertainment firms that choose to invest Tennessee can take advantage of an array of competitive assets, including:

The rich musical heritage in Nashville, Memphis and elsewhere in Tennessee have helped fashion the state’s vibrant entertainment cluster. Known for decades as Music City USA, Nashville has evolved from an early center of country music into a global entertainment headquarters, outpacing New York, Los Angeles and all other U.S. cities in its music industry concentration. Music publishing giants like Sony, Universal and others maintain a strong presence in the city, along with fast-growing independent labels such as Big Machine, Third Man Records and more.

The rapid rise of Nashville’s music and entertainment industry, which supports 56,000 jobs, generates $3 billion in income and contributes an economic impact of $10 billion across the region, prompted economist Richard Florida to proclaim Nashville as “The Silicon Valley of the Music Business.” World-class instrument manufacturers populate the state, employing approximately 1,000 people. Among them: Gallagher Guitar, Muncy Guitars, Guitar Mill and the internationally recognized Gibson Brands, which bases its corporation in Nashville and has production facilities in Nashville and Memphis.

Tennessee is also rising in film and television production. The motion picture and video industries, which include production, post-production, distribution and exhibition, number more than 300 establishments that employ nearly 5,900 workers statewide. Regal Entertainment Group, the largest motion picture exhibitor in the nation, maintains its national headquarters in Knoxville, where it has a corporate staff of 350. Scripps Networks Interactive, a leading provider of broadcast- and digital-based lifestyle content, also is based in Knoxville, where it produces popular cable channels such as the Food Network, the Travel Channel, HGTV and more. Viacom-owned MTV Networks continues to grow its presence in Nashville, where it broadcasts the Country Music Television (CMT) channel to more than 92 million homes. Viacom located a shared services facility in Williamson County in 2011 to support the company’s finance group. Nashville serves as the backdrop and filming location for ABC’s prime-time network television series, Nashville, renewed for its third season in 2014.

Motion picture and video distributors also thrive throughout the state. Examples include Word Entertainment, a Warner/Curb company that handles publishing, merchandising, booking and online initiatives for contemporary Christian artists, and Affirm Films, a division of Sony Pictures Entertainment that produces films designed to uplift and encourage. Another top media distributor is La Vergne-based Ingram Entertainment Holdings Inc., which in 2013 distributed 85 million units of DVD, Blu-Ray and video game software to retailers nationwide. Tennessee’s entertainment industry supports thousands of jobs and contributes billions of dollars to the economy, and with record growth expected in its motion picture and sound recording sectors over the next few years, the spotlight is about to get even brighter for the Volunteer State.