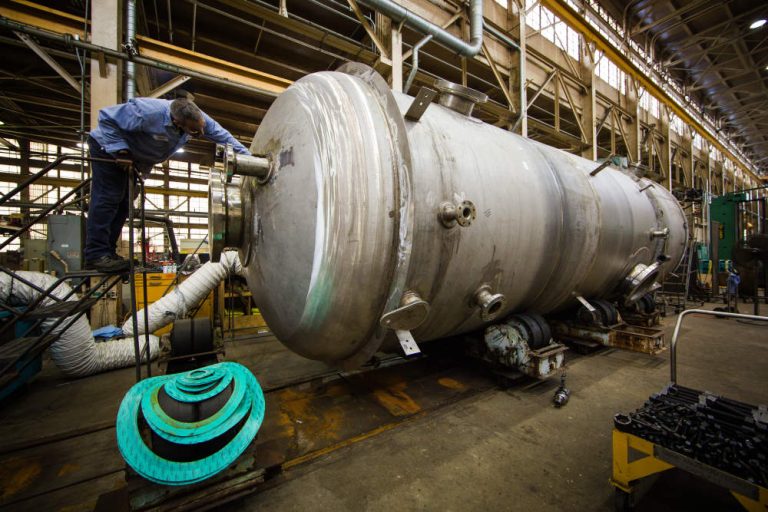 By any measure, Tennessee’s record of creating quality jobs and attracting investment is a rousing success.

In every corner of the state, a powerful set of attributes that includes talent, a world-class infrastructure, a business environment that encourages investment and a quality of life that draws and keeps the types of workers companies want, is spurring growth and creating new opportunities.

International companies have made the state a destination of choice for corporate headquarters.

In November 2018, Amazon tapped Nashville for a new Operations Center of Excellence that will house the technology and management functions for the company’s fulfillment, supply chain and logistics. The center will create an eye-popping 5,000 high-paying jobs and more than 1 million square feet of energy-efficient office space.

“(Nashville) is a city pointing toward the future,â€ says Jay Carney, Amazon senior vice president. “It made itself very appealing for investment. It’s a place where, if people don’t already live there, they are excited about moving there.”

The project is the largest single jobs announcement in Tennessee history. The Tennessee Department of Economic and Community Development (TNECD) projects that Amazon’s new office will generate more than 8,000 indirect and induced jobs.

“This is a blue ribbon for (Nashville) and our state,â€ says Bob Rolfe, Tennessee’s economic development commissioner. “When you look at the quality of the jobs, these are jobs of the future. This is the opportunity for Tennessee to raise our game when it comes to IT-related jobs.”

Amazon’s announcement was the most notable in a string of recent successes for Tennessee. The TNECD reported project announcements totaling $4.27 billion and 20,600 jobs in 2018.

AllianceBernstein L.P., a global asset management firm, is investing more than $70 million to establish its corporate headquarters in Nashville. The company, which had been based in New York, is bringing 1,050 corporate office jobs to the city.

“We see Nashville as a game-changer in terms of our ability to source, develop and retain talent, provide a high quality of life for our employees and enhance our competitive edge,â€ says Seth P. Bernstein, president and CEO of AllianceBernstein.

The momentum carried into 2019, with SmileDirectClub, the market leader and pioneer of doctor-directed, remote invisible aligner therapy, saying it would create 2,010 new jobs in Nashville and Antioch over the next five years. It is the second expansion for SmileDirect in the region in two years. The company already has 1,600 workers in the region.

Twenty Fortune 1000 companies are based in Tennessee, including well-known brands such as FedEx, International Paper, Auto Zone and HCA Healthcare.

It is that critical mass of corporate presence that helped ICEE Co. decide to move its corporate headquarters from California to La Vergne in Rutherford County. The frozen beverage producer has relationships with a number of national companies based in Tennessee, including the Regal Group theater chain and retailers Dollar General and Mapco.

“What we love about this area, and why we wanted to bring our headquarters here is it’s such a business-friendly spot,â€ says ICEE CEO Dan Fachner. “Tennessee is also centrally located to so many of our customers nationally.”

Made in Tennessee is stamped on a range of products, from autos to food to appliances.

Nissan, which has its North American headquarters in Franklin, has manufacturing facilities in Smyrna and Decherd.

La-Z-Boy couches (Dayton), GE refrigerators (Selmer) and Whirpool stoves and Duracell batteries (Cleveland) are just a few of the globally known products that are Tennessee made.

Under the administration of Gov. Bill Lee, the state  has made a commitment to promote economic development and investment in all parts of Tennessee, particularly its rural communities.

Excel Boats, a maker of recreational boats, is investing $10 million in its new manufacturing facility in Ridgely in Lake County. The company has committed to creating a minimum of 130 new jobs but expects that number to grow to as many as 300 jobs over several years.

“One of the reasons we chose Tennessee is the extremely manufacturer-friendly environment,â€ says J. Paul Jackson, the company’s business operations manager.  “Number two is its wonderful central location.”