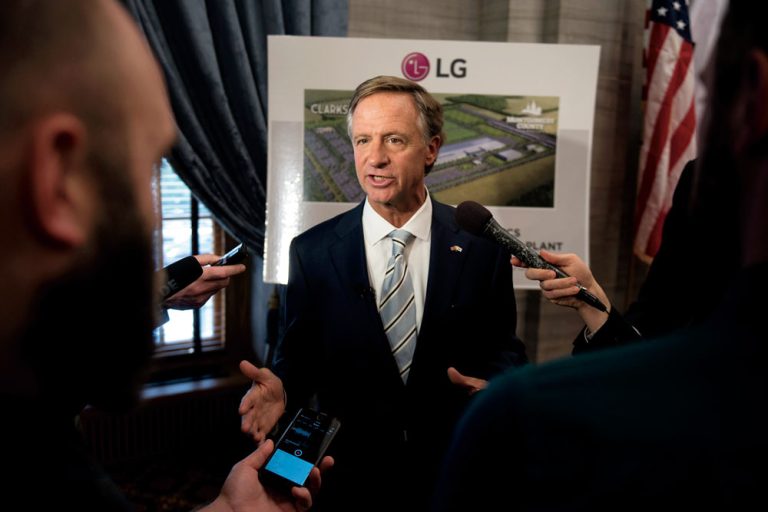 From Memphis to Mountain City, expanding and newly arriving businesses are discovering the advantages of basing operations in Tennessee, where they are investing and creating jobs at a record pace.

Under the leadership of Gov. Bill Haslam, who leaves office in 2019,Tennessee’s unparalleled combination of low business costs, prime location, superior transportation infrastructure and job-ready workforce has built an economic powerhouse that has created nearly 140,000 jobs and attracted $28 billion in investment capital since 2011.

That unprecedented growth has taken place across the state, in keeping with Haslam’s commitment to ensure that every part of Tennessee benefits from that prosperity.

“In Tennessee, we strive to make our state the best location not only for companies to locate new operations but for existing companies to expand. Last year, 70 percent of our projects were expansions, so that’s an excellent indicator of the business climate we have to offer,â€ says Bob Rolfe, the commissioner of the Tennessee Department of Economic and Community Development.

Discover Tennessee’s Workforce Programs, Partnerships Keeping it Ahead of the Game

Tennessee’s advantages quickly became clear to LG Electronics as it conducted a search for a location for its new manufacturing facility. The company zeroed in on Clarksville, where it is investing $250 million in what is expected to be the world’s most advanced washing machine factory.

It is the first washing machine facility in the U.S. for South Korea-based LG, which plans to create at least 600 jobs in Clarksville.

The company considered eight states during its site location process. Tennessee came out on top because of its business climate, a central location that puts the company close to its customers and, especially important, its skilled workforce, says William Cho, president and CEO of LG Electronics North America.

“Our new LG manufacturing plant will be the world’s most-advanced production plant for washing machines. It will be able to produce a fully assembled washer every 10 seconds. To make that happen, we knew that we needed to find a home with a strong base of skilled workers and future employees. So the labor force component was critically important to our decision to invest in Clarksville,â€ Cho says.

Tennessee’s reputation as a headquarters destination is also growing. Companies with household names, including FedEx, Dollar General, AutoZone and International Paper, maintain headquarters in the state, and more are arriving.

Orchids Paper Products, a leader in the private-label tissue industry, is creating 25 jobs at its new headquarters operation in Davidson County.

In Memphis, Sedgwick Claims Management Service, a risk and benefits solutions management company, announced the expansion of its corporate headquarters. Sedgwick is consolidating its headquarters into a single campus and moving R&D functions to the site. The company is investing $34 million in the expansion, which will create150 new jobs.

When Memphis-based ServiceMaster Global Holdings Inc. began looking for a new location for its growing headquarters operations, the company had its choice of cities and states. The company opted to move to downtown Memphis, where a former mall is being transformed into office space.

There have been significant wins for rural parts of the state, as well.

Textile Corporation of America announced it is locating its headquarters and manufacturing operation in the Bledsoe County Industrial Building in Pikeville. The company is investing about $27.1 million and will create 1,000 jobs.

“We take pride in knowing that Tennessee is a great place to live, work and raise a family.â€