Skip to content
Home > TN > Education, Careers & Opportunity > What Tennessee Knows About Being A Global Player In FDI And Exports

Discover how Tennessee is competing in the global economy and attracting investment from international companies such as UBS, Nissan and Bridgestone while simultaneously exporting Tennessee-made products around the world. 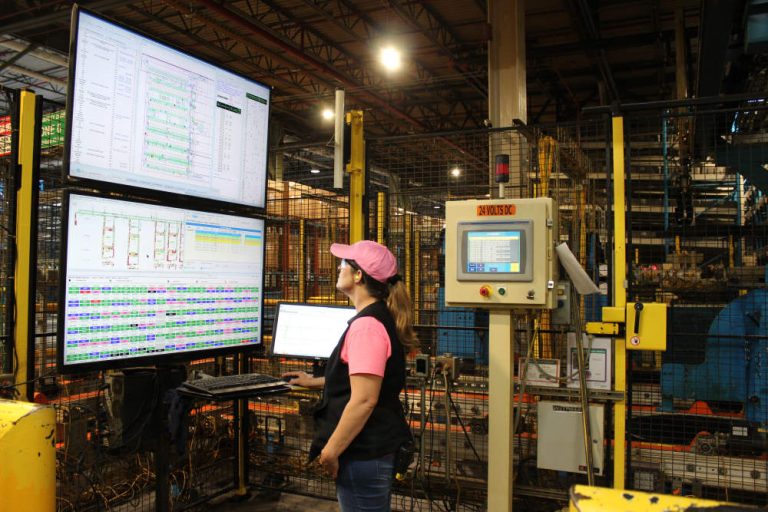 Tennessee is a serious competitor in the global economy, attracting investment from international companies including UBS, Nissan, Volkswagen and Bridgestone while simultaneously exporting Tennessee-made products around the world. International companies have invested more than $30.1 billion in the state and created more than 116,000 jobs. The flow of investment into the state and exports from it can be seen across Tennessee. VersaTube Building Systems in Collierville exports pre-engineered kits allowing customers to build their own garages, carports and utility building. Ampro Industries Inc. in Memphis sees tremendous opportunities as it advances into export markets. Experts with the state are helping the company identify markets. The family-operated company manufactures personal care products for consumers and hair-care professionals.

“Exporting is very important to Ampro. The registration process for our type of products is long and daunting. Once we are finished with registration, the state programs will be of help in finding customers and developing strategies to successfully enter different markets,” says Jonathan Rudner, vice president of sales. Ampro is receiving valuable assistance from the Tennessee Department of Economic and Community Development’s Trade and Export team, which provided detailed information about the United Kingdom and other European markets. The information helped the company develop a clear vision of which markets to prioritize and their best route to market, says Rudner.

With the Trade and Export team’s assistance, VersaTube connected with distributors in Mexico. AutoZone Mexico made a verbal commitment to feature VersaTube’s products in its stores. Other companies have also expressed interest. While Tennessee businesses seek opportunities around the globe, international businesses continue to invest in the state. Bridgestone Americas Inc., a subsidiary of Japan-based Bridgestone Corp., the world’s largest tire and rubber company, is constructing a 30-story, $200 million-plus headquarters in downtown Nashville. It will house more than 1,700 employees, including 1,100 currently in the city and 600 positions from three out-of-state business units that are relocating. Korea’s Hankook Tire Co. is investing $800 million to build a tire plant in Clarksville. The company is creating 1,800 jobs. The facility is the first in the United States for Hankook, which has factories in Korea, China, Hungary and Indonesia. The plant will produce tires for use as original equipment on new passenger vehicles and for the aftermarket.

Clarksville was the perfect location for Hankook’s expansion into the North American market, says Brenda Pfeiffer, manager of communications for the plant. In Clarksville, the company found a combination of advantages that were not available anywhere else, including an extensive transportation infrastructure, the ability to recruit veterans who served at the Army’s base at Fort Campbell and the availability of incentives, says Pfeiffer.

Other examples of Tennessee’s success attracting foreign direct investment (FDI) include Calsonic-Kansei’s expansion in Shelbyville, Lewisburg and Smyrna and Gruppo Concorde, which is basing its first U.S. manufacturing facility in Mt. Pleasant, where it will make porcelain tile. Barcelona, Spain-based auto parts manufacturer Ficosa selected Cookeville for a new 270,000-square-foot factory. The company supplies Ford, Chrysler, General Motors, Volkswagen and Nissan. The company’s 500 employees in Crossville will transfer to the new plant. An additional 400 jobs will be created, bringing total employment to 900. Financial services provider UBS is creating new jobs and investing more than $70 million in its Business Solution Center in downtown Nashville’s UBS Tower and in offices in nearby Williamson County.

“Our combined Business Solution Center space downtown at UBS Tower plus space at One Franklin in Williamson County will accommodate about 1,575 seats.  We have approximately 1,000 seats already occupied and anticipate being at full capacity sometime in 2016,” says Wanda Lyle, general manager for the business Solution Center. UBS has another 235 employees statewide at its Wealth Management Americas branches. Lyle cites Tennessee’s strong and stable economy, central location in the United States, support of state and local leaders and the company’s long history in Nashville as reasons for its decision to expand.

“UBS has a long history of doing business in the state of Tennessee through our Wealth Management Americas business and our acquisition of JC Bradford in 1999. Choosing Nashville to expand this commitment for our Business Solution Center was a logical extension of the positive experience we have had,” says Lyle.