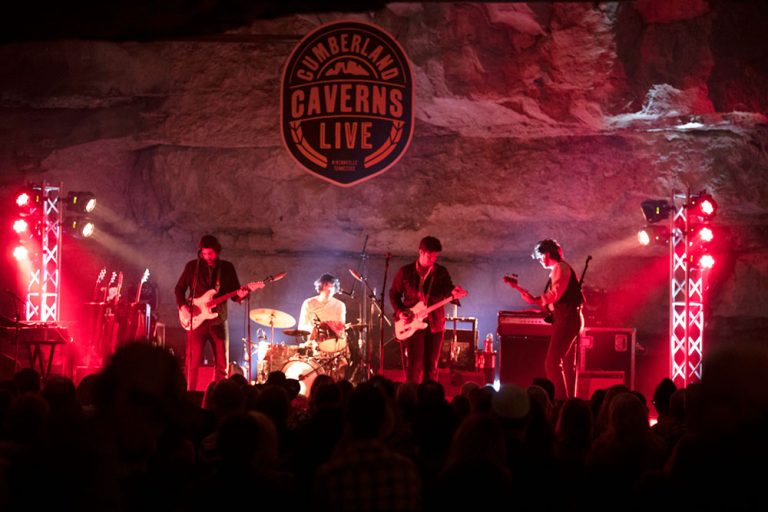 However you got here or are getting here, congratulations, and welcome! Living in Tennessee means easy access to great food, beautiful natural areas and a star-studded roster of music and entertainment options. Honestly, there’s so much to do here it can be tricky to decide what to do first.

Luckily, we’re here to help y’all narrow it down a bit with a well-rounded bucket list for newcomers. If you can check off these 20 Tennessee activities in your first year (or three), we guarantee you’ll be feeling like a local in no time.

1. Do Fourth of July in Music City

Nashville puts on a serious Independence Day. It begins with a day of live music performances and ends with one of the largest fireworks shows in the nation combined with live music from the Nashville Symphony. It’s family-friendly and free, so come and hang out with over 300,000 other revelers celebrating America’s birthday.  After the show, wait out the traffic at one of Nashville’s famous honkey-tonks on Broadway.

2. See the Pandas at the Memphis Zoo

There are only three zoos in the United States that house Giant Pandas, and the Memphis Zoo is one of them. Come and watch this adorable pair eat lots (and lots) of bamboo. While you’re here, check out the other residents including polar bears, snow leopards, and loris – cute nocturnal primates with big, round eyes.

3. Take a whitewater trip on the Ocoee

Whitewater trips on the Upper Ocoee include a portion of the 1996 Olympic canoeing slalom course. It is the only time an in-river course has been used in the Olympics for this event, and you can paddle it! Several companies provide trips down the dam-controlled river during the summer, and if it sounds like too much adventure for your friends, they can view the Olympic section at the Ocoee Whitewater Center.

“Tennessee’s Sippin’ Whiskeyâ€ is sold in 160 countries, and all that precious amber liquid is made in Lynchburg, TN. The county is a dry one, meaning you can’t buy alcohol here, but at the distillery, you can buy a commemorative bottle…that just so happens to contain a little whiskey. It’s about an hour-and-half drive from either Nashville or Chattanooga, and while you’re in town, check out the Barrel Shop on the square, with all sorts of Jack memorabilia including things made from used whiskey barrels.

5. Witness the Duckmaster at the Peabody Hotel

There is a lot to see in Memphis, but locals know the best show occurs twice a day in the Peabody Hotel’s beautiful lobby, when the Duckmaster escorts the resident ducks to and from the lobby fountain. You can also take the elevator to the rooftop and see the ducks’ luxurious home, and get a few shots of the city skyline. If you feel like “Walkin’ in Memphisâ€, Beale Street is only a short distance away.

6. Experience winter in the Smokies

Smoky Mountain National Park, Gatlinburg and Pigeon Forge comprise one of the most popular tourist destinations in the country, attracting throngs of people in spring, summer and fall who enjoy hiking, amusement parks and the stunning show of autumn leaves. But winter in the mountains is a really special – and underrated – time. There are carolers, hot chocolate and plenty of cozy decorations to walk around and see in Gatlinburg. There is snow tubing and other winter sports at Ober Gatlinburg, and Pigeon Forge has the Winterfest tour of lights, which stays up until February. Finally, there is the national park itself, which is full of clear views, uncrowded trails and dustings of hoar frost or snow that are rare Southern magic.

Now that you’ve worked up an appetite for all things Tennessee, let’s talk bucket list food in what has become a foodie destination: Nashville. There’s a whole bucket list of food here, so we’ll just focus on the important things, like Hot Chicken. You can’t go wrong with Prince’s. They are the originator of this trendy blazing hot dish, but there’s close competition with Hattie B’s. Who wins? You decide. For barbecue, there are many options, but only one has the history and a prime location on Broadway. That’s Jack’s, with fast service, killer ribs and smoked sausage. Enough said. For downhome Southern food, especially the almighty first meal of the day, you can’t beat the Loveless Cafe just outside of Nashville – especially their world-famous biscuits.

8. …and then eat your way through Memphis

Memphis Ribs are an institution in and of themselves. There are several local restaurants serving up their own version of this famous dish, but Central BBQ is at the top of the list. If BBQ isn’t your style, check out Gus’s Fried Chicken, a no-fuss fried chicken place that is, somehow, better than even mom used to make.

9. Get a music history lesson

Home of legends like B.B. King, Elvis and, yes, Taylor Swift, Tennessee has some serious music history. To get a solid dose, head to the Rock ‘n’ Soul Museum in Memphis, or Nashville’s Country Music Hall of Fame. Both offer high-quality exhibits, lots of memorabilia and the chance to see historic studios.

10. Watch music history get made

Tennessee is still making music history and there are great live venues all over the state. The Ryman Auditorium in Nashville is the mother church of country music, but seeing any genre performed here can be a religious experience for music lovers. Another pilgrimage destination is the Bluebird CafÃ©, where plenty of stars got their break, and plenty more come hoping to be next.

Of course, Tennessee also has an underground music scene – literally. The Caverns is home to Bluegrass Underground and other live music events, held in a subterranean amphitheater. Just down the road is the Cumberland Caverns, which hosts shows throughout the year as part of their series Cumberland Caverns Live.

11. Stop and smell the wildflowers

You don’t have to wait for a super bloom to see a fantastical field of flowers in Tennessee. Instead, head to Smoky Mountains National Park for the Spring Wildflower Pilgrimage; or Trails and Trillium, in support of South Cumberland State Park. Both events are held in April of each year, and offer guided hikes to see some of the best wildflower displays in the country.

Tennessee is home to some seriously amazing waterfalls, and you could spend years trying to see them all. There are dozens of waterfalls spread across the eastern half of the state; there is even one, Ruby Falls, that can be found deep inside a cave. While the most popular ones can be crowded during the summer, most other places and most other seasons can provide some solitude and a chance to reflect. And they make for some pretty incredible swimming holes.

From the mountains in the east to the vast farmland to the west, Tennessee is home to its fair share of perfect sunny-day drives with no particular destination in mind. There are iconic routes, like the Natchez Trace Parkway, and the twisty Tail of the Dragon on the eastern border of the state. But there are also over a dozen unique road trip routes known as Trails and Byways. They are scattered across the state, highlighting popular stops as well as the many hidden gems, and cover a lot of pretty country roads in between.

Nashville is home to a full-size replica of Athens’ Parthenon, complete with an interior statue of Athena. This oddity came to the city as part of the state’s centennial celebration in 1897, and resides in the namesake Centennial Park, although other structures for the event are long gone. The statue is a much more recent addition, built in the late 1980s, and meant to resemble the historic sculpture long lost to Greece. Athena was finally painted and gilded in 2002, and she’s been shining ever since.

Tennessee was the last state to join the Confederacy in the Civil War, and wound up being the site of many of the war’s battles. Those sites are scattered across the state, and a few are National Battlefields. But when it comes to a deeper understanding of the modern struggles of race within the state and nationwide, the National Civil Rights Museum is a must. It covers the famous era of 1960s civil rights, but also delves into the deeper history of resistance that began during slavery.

Tennessee is dotted with lakes that are great for recreation, and yes, there is even one in a cave (the Lost Sea is actually the largest underground lake in the country). Most of the above-ground lakes in the state are created by dams. Reelfoot Lake, however, is a natural lake, even though it too was created recently, by an earthquake in the early 1800s. Unlike most lakes in the state, it is shallow and ringed by bald cypress trees, with knobby tree roots that make for fun kayaking and canoeing trips. You can take a pontoon boat ride on the lake, or come in winter for bald eagle tours. There are eagles that live here year-round, but after winter settles in up north, migrant eagles arrive here in numbers. The no longer endangered birds can number in the hundreds.

CMA Music Fest, Beale Street, Bonnaroo and Big Ears are some of the state’s biggest festivals, although you are bound to find smaller ones going on throughout the summer. Big Ears is unique as rather than host nationwide headliners, they focus on a vast array of smaller artists, mixed with film screenings, talks and workshops.

These are the spots that might make you feel a little silly since you’re trying to embrace your identity as a local, but let’s face it, slightly cheesy tourist spots are popular for a reason. And Tennessee just so happens to have some great ones. We’ve talked music pilgrimage destinations and some of you might have though we forgot the King. We could never forget Elvis, and Graceland is a special place. It is worth going to, even if you don’t think you want to, even if you (is it possible?) don’t like his music. Just trust us, and check it out. Pigeon Forge, the gateway to one of the nation’s most visited national parks, is basically Las Vegas for families. There is every sort of fun that can be bought here: arcades, complex Go Kart tracks, mirror mazes, carnival rides, Dollywood, laser tag, themed dinner shows, themed museums, mini golf, alpine slides – you get the picture. Rain or shine, you won’t have the time to do it all.

Like Wall Drug or Burma Shave, Rock City made its mark with iconic, pervasive advertising. Their trick was painting “See Rock Cityâ€ on barns across the country. Rock City itself is a lot of things. It is a rock garden, has a great overlook of seven states, a waterfall, botanical gardens, a swinging bridge, and the fairyland caverns, which are – you guessed it – a cave.

20. Take yourself out to the ballgame

Tennesseans experience no shortage of sports. Home to three professional teams, there is something for every fan. In Nashville, set your sights on a Nashville Predators hockey game or see the Tennessee Titans tackle football. Basketball fans can cheer on the Grizzlies in Memphis. Fun fact: Justin Timberlake is a part owner of the team! If peanuts and crackerjacks are more your thing, the Nashville Sounds and Jackson Generals can’t be missed. And Nashville is about to welcome a Major League Soccer team!