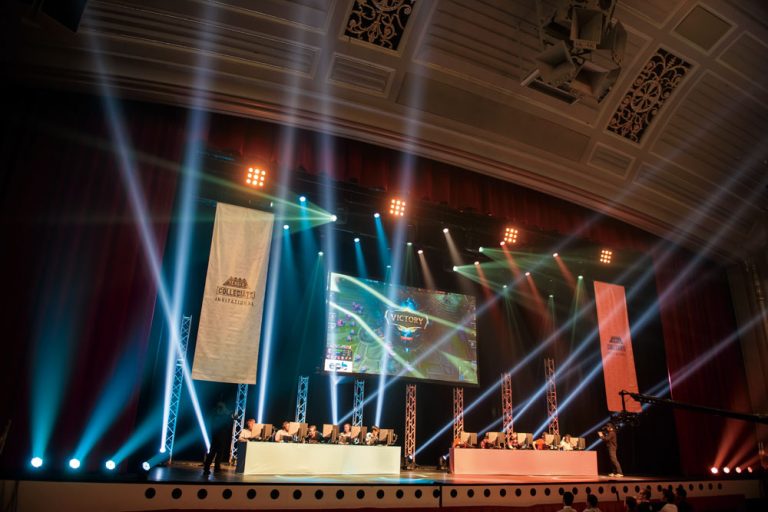 From fiddle tunes to internet speeds, Tennessee’s entertainment industry is known for moving at a breakneck pace.

The Volunteer State has never been a single note, but a symphony of talented entertainers, musicians, writers and publishers along with broadcast, film and television production, and interactive and digital content professionals — all making a global impact with collective annual wages of more than $1 billion.

As early as 1939, The Grand Ole Opry was taking country music to America’s hearts and homes when the venerable live show made its national debut on the NBC Radio network. Listeners soon came to Nashville in droves, earning it the distinction of Music City and the address of chart-topping recording and publishing houses. More than a quarter of the country’s music publishers are located in Tennessee, and in Nashville alone 7.8 per 1,000 jobs are in the music industry cluster, three times higher than New York or Los Angeles.

The academic world is plugged in to the crescendo of employment opportunities in the field, with Belmont University in Nashville and Middle Tennessee State University in Murfreesboro together producing nearly 1,000 highly trained graduates.

“Our $1.7 million Mobile Production Lab is a unique teaching lab and gives students professional quality experience at events like live broadcasts of MTSU football on ESPN3 or covering the full four days of live concerts on the grounds at Bonnaroo,” said Billy Pittard, chair of MTSU’s Department of Media Arts.

Why Tennessee’s Workforce Programs & Partnerships are Leading the Game

In 2017, the Tennessee Entertainment Commission announced it was expanding its core focus to cover interactive and digital content creation-related industries. TEC launched the campaign, Create_Here, to support the initiative.

A collaborative effort between EPB Fiber Optics, VaynerMedia and Next Generation Esport brought the three-day TenGIG, an Esports, Innovation & Culture festival to Chattanooga. Thousands were able to engage with the popular Killer Queen — the world’s only 10-player arcade strategy game — listen to music and attend discussion panels in the city’s growing Innovation District.

“TenGig represented the type of innovative economic development pursuits that can happen when a community collaborates and builds together. It would not have come together without the high-speed internet Gig infrastructure, the imagination of committed entrepreneurs and the support of the entire startup ecosystem,” says Mickey Cloud, senior vice president and head of VaynerMedia’s Chattanooga office.

Movie production and video game development are in perfect harmony in Memphis. The city snagged the No.10 spot on MovieMaker Magazine’s 2017 “Best Places to Live and Work as a Movie Maker” list, and is home of the Memphis Game Developers. MGD has partnered with the FedEx Institute of Technology to offer free public workshops related to game development and virtual reality.

“The workshops educate and introduce coding to people in a fun way and bring together a community of developers and artists interested in game development,” says Ernest McCracken, president of MGD and a University of Memphis computer science department instructor. “Since creating our group, a number of indie game development studios have popped up in Memphis.”

“Film, TV and music have long been a cornerstone of our economy and our culture. It is exciting to see how this is manifesting and keeps expanding in the digital age,” says Jonathan Sexton, chief operating officer at KEC. “Creatives are so important to our community. They create jobs and, more importantly, keep Knoxville and Tennessee a cool place to live.”