Looking to add some drama to your Valentine's Day plans? The Tennessee Central Railway's murder mystery ride is just the ticket. 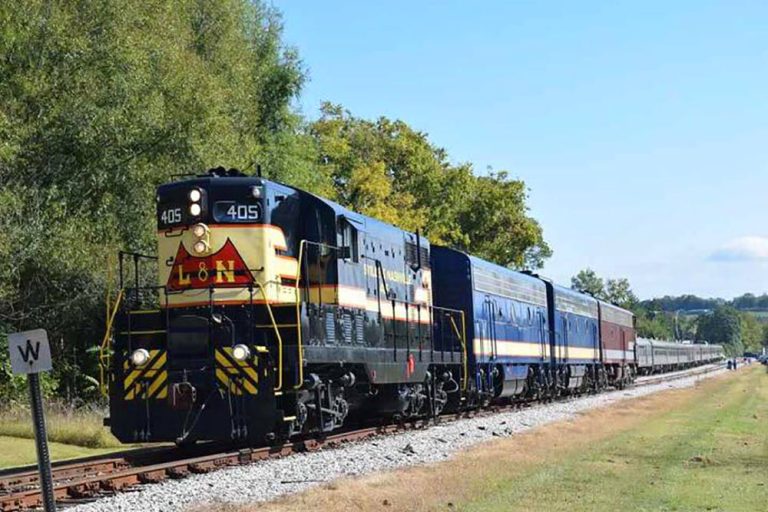 To the Tennessee Central Railway, nothing says romance like murder.

This Valentine’s Day season, they’re taking passengers on a 90-mile round trip through the hills of Tennessee, featuring a murder mystery play performed directly in the aisles of the locomotive. The train departs the morning of February 15th from Nashville, and has a two-hour layover in nearby Watertown, before returning in the early afternoon.

The performance is split into two acts – on the way to Watertown, someone dies, and after the layover, the second act is all about solving the whodunnit. Clay Walker, writer and director for these performances, says that the story is constantly changing, but the murder usually involves some sort of poison.

One year, the murderer put poisoned ice cubes in everyone’s drink; most characters finished their drink too quickly for the ice to melt and were unharmed, but the intended victim was known for drinking slowly – allowing the ice (and the poison) to dissolve into their drink.

Walker says that he tries to be believable when writing the plays – though there seems to be ample room for exaggeration for the purposes of mystery and entertainment. Sometimes the plays involve characters who are psychics or singing telegrams; once, the victim was a woman with a pacemaker in her heart and the murderer, a computer wizard, killed her by hacking the computer in communication with the pacemaker and switching it off.

The actors go from car to car performing in each one throughout the two-hour trip; because of this, they try to use very little props, choosing instead to interact with the passengers on board. Usually these are simple exchanges, like speaking to them directly – “She was having an affair with so-and-so, you saw itâ€ – which encourages the audience to play along and makes each individual performance unique.

The layover in Watertown is long enough to have lunch in one of the local restaurants or to shop around the square. The town is renowned for its music culture, hosting an annual Jazz Festival and frequently serving as a backdrop for music videos by artists like Taylor Swift, Garth Brooks, Justin Bieber, Chris Young and more. It’s the perfect place to spend a blustery February afternoon exploring with your Valentine.

The 2020 Valentine’s Murder Mystery Train has been sold out for months, but don’t worry – they do this every February. And for those who can’t wait that long, the Tennessee Central Railway offers a variety of themed excursions throughout the year, including train robberies, musical performances, civil war reenactments, and more, making each ride an adventure to remember.