New craft breweries and distilleries are adding to the state’s food-and-drink roster. 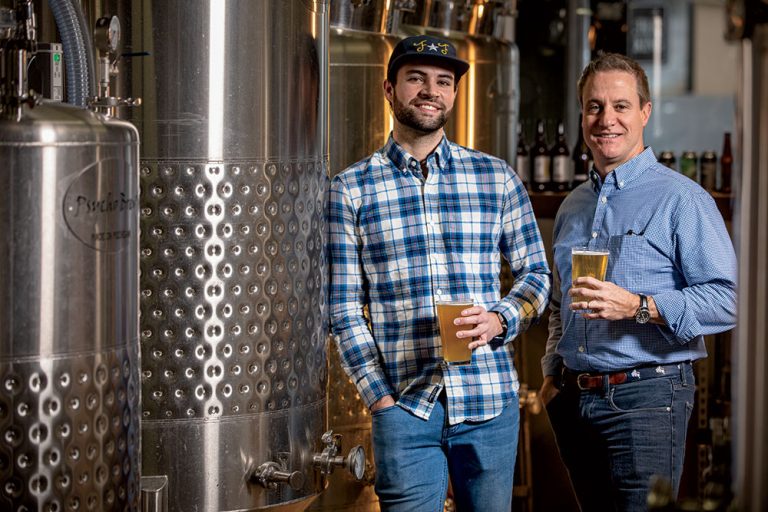 Grab a Little Debbie Snack Cake and wash it down with some Green Mountain coffee. Or munch on some Frito Lay chips while sipping a Jack Daniel’s and Coca-Cola. Either way, you are enjoying a taste of Tennessee.

The food and drink products coming out of Tennessee can be found in almost any refrigerator or pantry. Bush Beans and Moon Pies. Tyson meat products and Pictsweet vegetables. And, of course, that smooth Tennessee whiskey, led by the famous Jack Daniel’s and his beverage cousin, George Dickel.

All told, more than 1,600 registered food and beverage producers operate in the state. The agriculture sector generates more than $3.3 billion in farm receipts each year, and overall the agriculture industry contributes $52.6 billion to the Tennessee economy and employs 38,000 workers.

Food and beverage exports totaled more than $1.22 billion in 2017, with whiskey exports accounting for $590 million of that total.

Yes, Jack and George continue to lead the way, but in recent years the Volunteer State has enlisted a new batch of beverage makers that are adding an extra shot to the economy.

Since 2012, Tennessee’s brewing industry has grown eight times faster than the national average. The state is now home to more than 65 craft breweries that produce more than 250,000 barrels of beer a year, creating an annual economic impact of more than $1 billion.

“For a long time, beer in Tennessee was very traditional, but now a lot of new young-gun brewers are embracing craft beer and taking it to the next level,â€ says Kirby Garrison, co-founder and head brewer at Monkey Town Brewing Company in Dayton, which opened in 2015. “We’re starting to see those breweries really take hold. It’s a growing trend in Tennessee, with more people willing to try these interesting, off-the-wall type beers.”

But it’s not just craft beer that is pouring into the market. Craft distillers also are getting into the mix, creating spirits that go well beyond the traditional Tennessee whiskey.

An example is Tennessee Legend Distillery in Sevierville, which opened in 2015. In addition to whiskey and some old- fashioned Appalachia moonshine, Tennessee Legend also produces gin, vodka, cream liqueurs and a tequila-like agave spirit.

“Our head distiller, Justin Holeman, is self-taught. He just got interested in it and started reading about it and talking to people about how to do it,â€ says Tennessee Legend marketing director Kyle Tarwater. “We learned as we went along and just played around with it to see what works and what doesn’t.”

One thing that Tarwater says is definitely working is the impact that craft distilleries and breweries are having on the Tennessee economy.

“The craft distillery scene has definitely been thriving in Tennessee, and it’s been bringing a larger variety of visitors to the state,â€ Tarwater says. “We’re seeing people who used to go on the Kentucky bourbon trail, now they’re coming here to do the Tennessee whiskey trail. There also are millions of people who come here to visit the (Great Smoky Mountains) National Park, and this gives them another thing to do while they’re in the area. I don’t see any downside to that.”

Garrison says Monkey Town Brewing, which also has a full- service restaurant, is creating a similar impact in Dayton. Located approximately 30 miles northeast of Chattanooga, Dayton has long been best known as the site of the Scopes Monkey Trial. But that event took place in 1925, and Garrison says the city needs newer attractions to continue drawing visitors.

“There has been a boom in outdoor activities around here, particularly rock climbing, and in the last few years we’ve seen a lot of those groups come in,â€ Garrison says. “So not only do breweries and distilleries generate a lot of tax revenue, they also generate a lot of buzz. It’s a great way to promote these old, historic downtowns. People are starting to take notice of the importance of these breweries and distilleries.”

285% increase in jobs from breweries, distilleries and wineries since 2010.

$590M in whiskey exports from Tennessee.