A Look Back as Williamson County, TN Magazine Turns 30

A 30-year retrospective on the county's livability highlights. 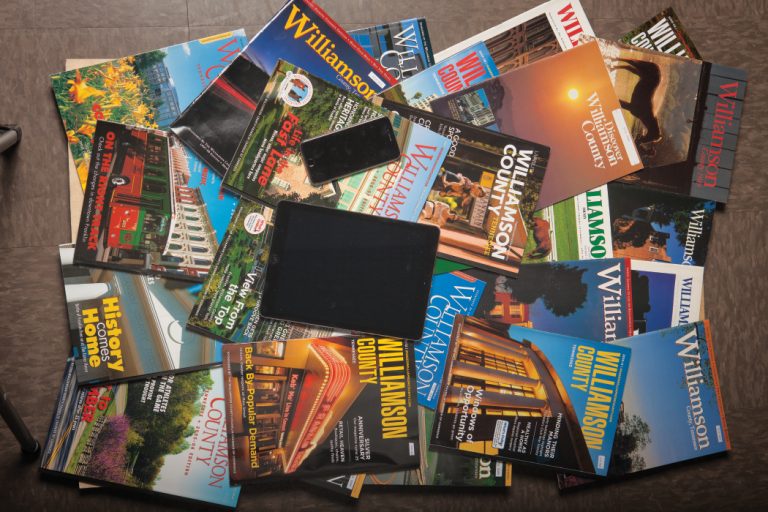 Franklin-based Journal Communications Inc. began publishing Williamson County magazine in 1987 so that the Williamson County Chamber of Commerce would have a marketing tool to trumpet the accomplishments of the community and attract more business and industry to the region.

Today in 2017, the marketing strategy has worked, and the magazine plays a part in making Williamson County one of the most successful communities not only in Tennessee, but in America.

“We didn’t have all the corporate headquarters back in 1987, and the magazine remains a major asset for recruiting by telling the story of Williamson County,” says Nancy Conway, senior vice president of community relations for Williamson Inc., the chamber’s current name. “The chamber has been fortunate to have the Journal Communications staff put together New York-quality print magazines, and today the print is coupled with an online edition to cover what’s important in Williamson County.”

Conway's highlights of Williamson County's booming development over the past 30 years include the addition of new businesses, parks and recreation centers in virtually every city; a corporate center in Cool Springs; and the summer 2016 opening of a spacious new Columbia State Community College campus.

“I should also mention the several expansions of Williamson Medical Center and their current partnerships with Vanderbilt, plus the opening of State Route 840 and the tremendous growth in communities like Spring Hill and Nolensville,” she says.

Tom Lawrence remembers back in 1987 when telephoning Nashville from Franklin was a long distance call.

“At that time, the people of Williamson County did their Christmas shopping in Green Hills or downtown Nashville or at Hickory Hollow, and now people in those areas come here to CoolSprings Galleria,” says Lawrence, long-time general manager of WAKM-AM 950 Radio in Franklin.

The Galleria is one of the most identifiable icons of Williamson County’s success, and Lawrence, who about 30 years ago served two terms as chairman of the chamber, says the Galleria owners originally wanted the expansive mall to be constructed off Interstate 65 at the Concord Road exit in Brentwood.

“The folks in Brentwood didn’t receive that news warmly, so the decision was made to construct the Galleria at the Moores Lane interchange where there was also a proposal to build a Talladega-sized NASCAR racetrack,” he says. “The racetrack never materialized, and the Franklin community welcomed CoolSprings Galleria with open arms.”

“Schools in Williamson County are about as good as can be, and they are the true engine that drives economic development around here,” he says. “Overall, we have so much to be thankful for in Williamson County, and I believe we’re at a better place in 2017 compared to 1987. We have everything right here, and people just want to live here. I don’t blame them.”

Bob Schwartzman, president of Journal Communications Inc., says he remembers 1987, when Williamson County became one of the first magazines in his publishing stable. Today, JCI publishes dozens of magazines for cities and states throughout the nation.

“Brentwood magazine was our first venture in 1985 as something the Brentwood Chamber of Commerce could use to tell the story of Brentwood to newcomers or prospective residents, and Williamson County magazine was born shortly afterward,” Schwartzman says. “Then, as now, it was intended to tell the county's story through interesting articles, modern design and impact photography. We resolved that it would never look or read like a typical ‘chamber of commerce’ magazine.”

Schwartzman’s original partners included two Pulitzer Prize winners, Alex Haley and Robin Hood, the latter still a Franklin resident. In the early ‘90s, the company occupied space in what is now the Dave Ramsey building on Mallory Lane. Schwartzman would direct visitors to the office by telling them to “look around and they’d find us, because we were in the only four-story building in sight."

“I remember the days when Saturn was a planet, not an auto plant, and Cool Springs was the name of a house,” Schwartzman says. “But like a promising child, Williamson County has grown up, probably in serious young adulthood now, with lots of promise still ahead."