Williamson County: Building Community For All

As Williamson County grows, so does its commitment to inclusiveness and diversity 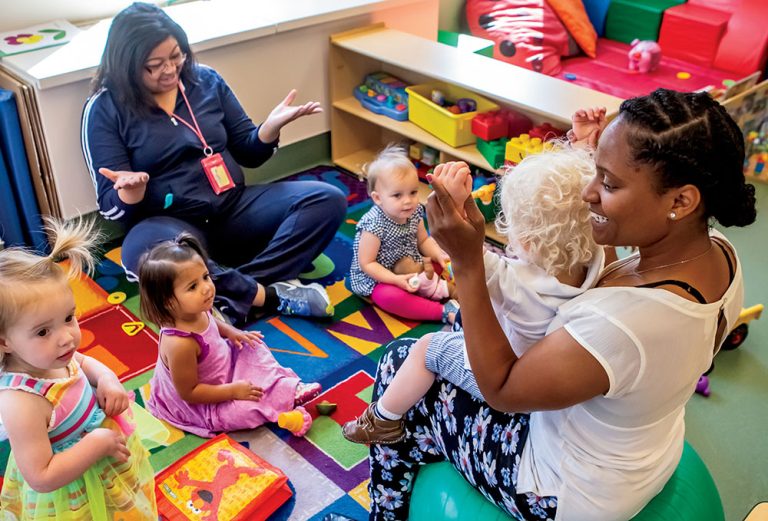 It’s long been known as a prosperous, well-educated and forward-looking community, but as it becomes home to international business and an increasingly diverse population, Williamson County also is becoming a community that values inclusivity.

More than 57% of Williamson’s population – better than 129,000 people – came here from somewhere else, from places like Los Angeles, Chicago and Phoenix, but also from around the world. Companies such as Nissan and Skanska bring employees with them when they relocate here. And minority populations in the county are predicted to increase by double digits in the next five years. Finding ways to ensure community life includes contributions of future residents, current residents and those with special needs is more important than ever as the county moves forward.

“We want to be as welcoming as possible. While we maybe aren’t where we want to be in terms of percentage of diversity, we are a welcoming community and want everyone to feel at home,â€ says Elizabeth McCreary, chief economic development officer at Williamson, Inc. “We’re trying to spend our time focused on who we want to be.”

McCreary attributed the county’s growth to the attractive quality of life, good schools, lack of an income tax and accessibility to Nashville’s urban amenities, qualities that appeal to all kinds of people from all kinds of places. An increasing variety of international cuisine is available, a cricket club calls Nolensville home and a passionate crowd of Premier League soccer fans turns out for Manchester United games at Franklin Abbey.

“We’re finding a number of people have done their own site selection, looking online and finding Franklin,â€ McCreary says.

McCreary cites county schools‘ English as a Second Language (ESL) programs, and wide variety of academic and vocational offerings, as another example of efforts toward inclusiveness.

“Williamson schools have a national rep for being very accommodating, and beyond the school system, people are willing to go out of their way to help people become more included in the community,â€ she says.

“This is an incredible community in terms of support for people with disabilities, for example.”

Businesses like Lifetime Fitness and Taziki’s Mediterranean CafeÌ are leaders in hiring and supporting workers with disabilities.

“We have three employees with special needs now and they are just incredible employees and offer a lot of value to our staff,â€ says James Boatenright, manager of Taziki’s in Cool Springs.

An organization called Waves serves more than 300 special-needs individuals each year with early learning, adult day and residential services, and employment programs. High Hopes Development Center in Franklin offers families an inclusive preschool and pediatric therapy clinic for special-needs kids. Ventures, a collaboration of agencies that support those with disabilities, sponsors seminars on “Life After High School,â€ designed to help young people integrate into the community and a summer “I Am More Than…â€ youth leadership event for teens with special needs.

The Williamson County Lions Club partnered with Master Gardeners of Williamson County to create a sensory garden for the blind, located behind Grassland Middle School, and now plans a second phase of the project. And the City of Franklin is also addressing residents with special needs, planning its first inclusive playground in the new Southeast Park off Carothers Parkway, where it will also build a pavilion and restroom facilities for people with disabilities.