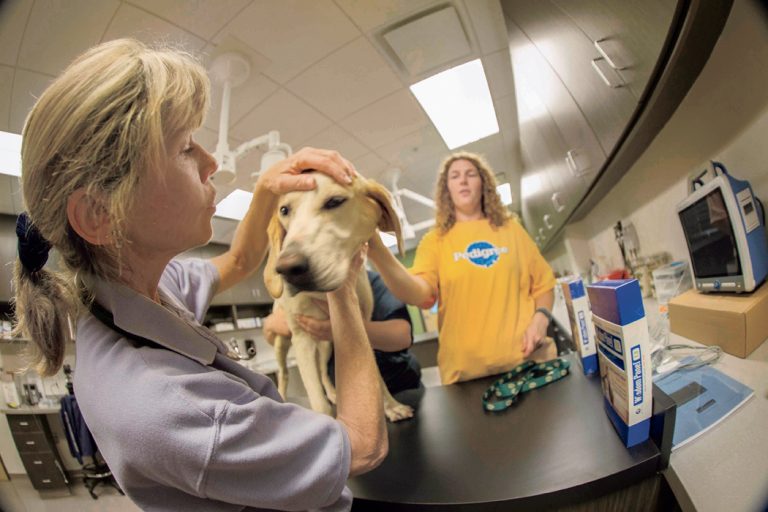 It’s not raining cats and dogs in Thompson’s Station, but the animals are certainly meowing and barking at one of the town’s newest companies.

Mars Inc., known for candy products like M&Ms and Snickers along with pet foods like Pedigree, Whiskas and Nutro, has opened a $110 million Mars Petcare Global Innovation Center in Thompson’s Station on U.S. Highway 31 at State Route 840. The Innovation Center debuted in October 2014 and is the company’s second large venture into Williamson County, with their Mars Petcare North America headquarters already located in Franklin.

“Mars chose us because we are trying to preserve and protect our town’s open spaces and have a goal to grow smartly,” says Corey Napier, mayor of Thompson’s Station. “Many of our residents are pet owners who walk trails and enjoy the outdoors, which is the kind of healthy lifestyle that Mars promotes.”

The Global Innovation Center comprises four buildings with 140 total employees who oversee research and development for Mars Petcare to grow their pet food portfolio. The focus in Thompson’s Station is on dry food for cats and dogs.

“Around 2009, we decided to concentrate on innovation to develop the very best products for pets,” says Tim Parsons, Mars Petcare North America research and development operations director. “Until then, we had external parties doing our research work in small centers spread throughout the country, which wasn’t entirely effective. Now, we have the amazing Thompson’s Station site.”

The new campus features a Quality and Innovation Center where R&D associates work in a microbiological and analytical laboratory, while a Product Development Center develops new pet food items on a small scale before going into full-scale production at the company’s manufacturing plants. Also on campus is a Pet Feeding Center where up to 180 dogs and 120 cats will ultimately live and taste food brands, and a Learning Center provides a Mars history museum for guests, as well as a conference center, workout room and break areas for employees.

Also part of the Mars Petcare presence in Thompson’s Station is a new 100,000-square-foot public Nutro Dog Park. The park entrance is on the west side of Highway 31, across from Crites Lane.

“We build partnerships to serve our vision of making a better world for pets, and the town suggested a dog park as part of its vision for green spaces,” says Angel May, Mars Petcare senior manager of corporate citizenship. “With our opening of the Global Innovation Center, we wanted to do something to give back to this new community we call home.”

“I met with Mars officials, developed a relationship and communication, and the decision was made to build an incredible dog park,” says Rebecca Wynd, founder-director of Outdoor Encounter. “The result is a four-acre, fenced-in facility with a walking trail going around it. Nutro Dog Park is a great addition to Thompson’s Station.”