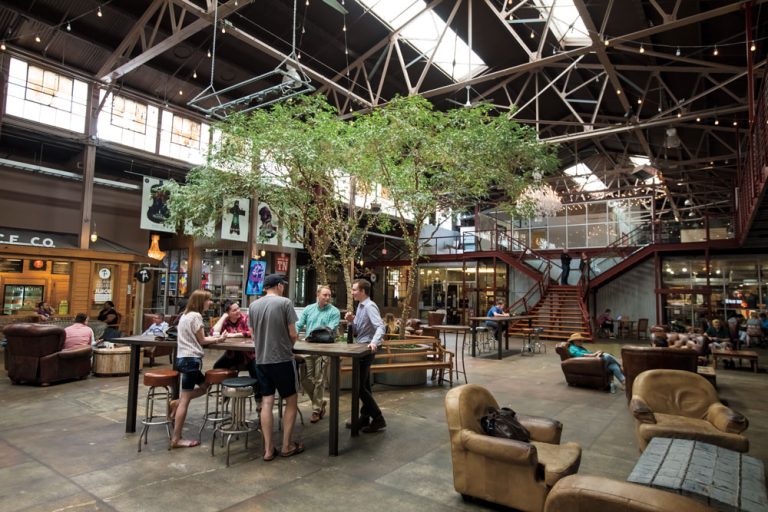 If you took a drive through the one of the winding country lanes in Williamson County on a warm autumn afternoon, you would spot countless historic homes, horses grazing along the sprawling Tennessee hills and mature trees lining the sidewalks of towns that look like something straight out of a storybook.

You might think the people living in these neighborhoods have been here for generations.

But you’d be surprised.

With a population of more than 226,000 residents, the current figures show that 57 percent relocated here from somewhere else in the world. That means a whopping 129,000 transplants now call Williamson County home.

What is it about this charming Southern community that captivates people enough to make them pick up their things and move their families here?

For starters, visitors feel welcome as soon as they arrive. Whether you’re strolling through the historic Franklin square on a breezy afternoon or enjoying a dinner of comfort food in the heart of rural Leiper’s Fork, people often get the feeling that this is the place to be.

While the area certainly has its fair share of Southern restaurants, the many cities that make up the Williamson County region embrace global culture in all its delicious dishes. Whether you’re in the mood for a Greek, Indian, French, Ethiopian or Kurdish meal, you can find it all within a 30-minute drive.

The diversity in food and culture here is no accident. While many residents are coming to Williamson County from across the United States, a substantial number of new faces are arriving from even farther reaches of the globe.

Take one look at the Williamson County school system and you’ll see a vast diversity of cultures from all corners of the world. In recent years, school staff has seen a significant influx of students from as far as Asia, Europe, Africa, and South America.

Joseph Whinery, ESL Supervisor at Williamson County Schools, notes that the increase in global diversity in the school system points to business transfers, family connections, higher education opportunities, and people’s personal preferences to live in an area that’s warm, welcoming and inviting to outside cultures and ideas.

“The Williamson County ESL programs always support the students’ growth toward language proficiency,â€ says Whinery. “In the end, the target goal of the ESL program is for students to exit the services as they reach peer accessibility to grade and course curriculum.â€

These thriving ESL programs across Williamson County elementary, middle and high schools not only help students learn and grow within the walls of the school building; building language proficiency also prepares them to fully participate within their community and enter into an increasingly global workforce.

Embracing the Old With the New

Given the recent growth in culture and diversity, it’s no surprise the area has seen a rise in international employers. A few major players with a presence in Williamson County include Nissan, Skanska and Mars Petcare.

President and CEO of Williamson, Inc. Matt Largen is thrilled to see the growth of new ideas and cultures in the area’s workforce – and in the local school system. Considering Williamson County continues to lead the state in population growth and proudly ranks among the leaders in job growth nationwide, Largen says the diversity in the community will give its children a leg up in their future careers.

“The jobs of the future are going to require us to have an appreciation of different cultures,â€ Largen adds. “This early exposure broadens our students’ horizons. And one day it will help them do business with people from different societies.â€

From the beautiful scenery and broad spectrum of ethnic dining to the growing global presence and international economic development, there’s something uniquely warm and inviting about Williamson County. It’s a place that simultaneously embraces the old and the new.

“We’re called to love others,â€ says Largen. “I think that’s exactly what we do in Williamson County. We love our neighbors, appreciate their differences and learn from one another.â€