One of Williamson County's newest musical gems, the Americana Music Association joins a growing creative community at the Factory. in Franklin. 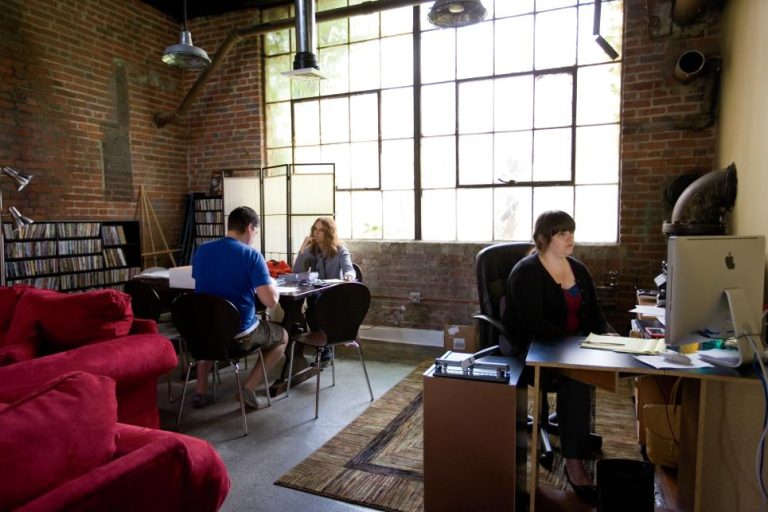 The heart of Franklin, Tenn. remains a picture of the past, a throwback to simpler times when families rooted themselves in their towns. Main Street is lined with stores run by local entrepreneurs who know their customers on a first name basis, while local politicians attend ice cream suppers and cake auctions. At its core is an artisan lifestyle that doesn’t scream America – it sings it. The voice of that rustic soul is the Americana Music Association (AMA).

Located in the Factory at Franklin, the AMA advocates for American roots music around the world. That means promoting the art form, building awareness and demand for the musical style, and helping connect artists with new and old fans alike. The association has been growing since it was started in 1999, but has seen a huge growth in membership and attendance at its events in the last three years. That growth necessitated a move to Franklin in early 2013.

“An opportunity presented itself,” says Jed Tilly, AMA executive director. “Nashville’s been a very popular place in the last few years. And we found by moving to Franklin, we could not only get the space we wanted from an operational perspective, but we could get the aesthetics we wanted within The Factory at Franklin. I can’t think of a better place for the Americana Music Association to live than in a 1929 wood-burning-stove factory.”

Franklin: Creative to Its Core

The AMA’s choice to headquarter in Franklin was about more than just a pretty building to live in. There’s also a culture developing there that the AMA has been able to capitalize on.

“There has been a ‘creative class’ that has been moving to Williamson County,” says Tilly. “One of our board directors [and musician] Rodney Crowell recently moved here. Artists like John Hiatt live here. So there’s been a movement there. I think what we represent is the artist in the community that can feel that kind of music.” Famous faces outside the Americana world are also increasingly setting up residence in Franklin. From music stars like Steven Curtis Chapman to actors like Ashley Judd, Franklin’s creative cred is growing, and the AMA’s growth in recent years is in part due to its hard work building that community.

It’s not just the AMA that has seen Franklin as a creative destination either. Summer 2014 saw one of the most exciting radio broadcasts in independent and Americana music move to the Factory as well. Music City Roots broadcast for five years at the iconic Loveless Cafe in Nashville and now joins the AMA in the Factory, its live music broadcast fitting perfectly with the AMA and other musical tenants of the historic building.

A Healthy Give and Take

The relationship between the AMA and Franklin isn’t one-sided – it’s a win-win. Along with the annual Americana Music Festival held in venues around downtown Nashville, the AMA is also producing the Cross County Lines Festival at Franklin’s Park at Harlinsdale Farm, just across the street. The festival brings big names like Amos Lee, Shawn Colvin, Allison Krauss and Jerry Douglas to town. The AMA also promotes local events that share its dedication to authentic Americana. From hardware stores to meat-and-threes, businesses across Williamson County host Americana musicians throughout the year, which draw in more customers and help create more fans of the genre.