Skip to content
Home > TN > Franklin > Experiences & Adventures > It’s a Zoo Out There: Nashville Zoo’s Call of the Wild

It’s a Zoo Out There: Nashville Zoo’s Call of the Wild

The Nashville Zoo grows to bring a wild experience to visitors 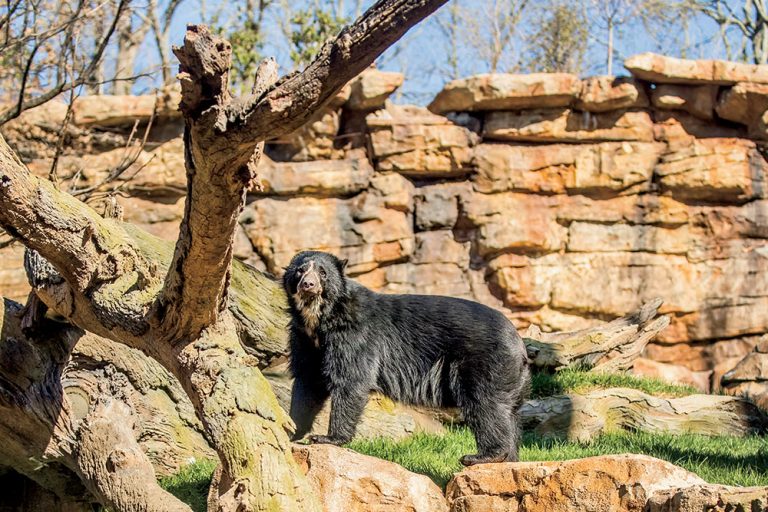 Located just 6 miles southeast of downtown Nashville, the Nashville Zoo at Grassmere has been delighting kids of all ages with exotic animals, interactive experiences and ecological beauty since 1997. Now, it’s getting even wilder.

One of these exhibits, Expedition Peru: Trek of the Andean Bear, opened in March 2018, marking the first time this species of bear has been housed at the zoo. The experience features an authentic, indigenous village with a Peruvian lodge and several observation points where visitors can see the beautiful bears, including one underwater. While the bears are the main attraction, the exhibit also includes the southern pudu (one of the world’s smallest deer), guinea pigs, the cotton-top tamarins (a critically endangered South American primate) and freshwater stingrays.

Tiger Crossroads is another experience drawing intrigued visitors to the zoo. This exhibit features four-year-old female Sumatran tigers, and Bartoo says visitors cross an amazing bridge to get to the tigers.

“People are saying it feels like they’re at Disney,â€ he says.

Visitors get up close and personal with the majestic cats through reinforced glass windows and an interactive training wall, where they can watch keepers target train the tigers. The bridge represents Asian architectural components with intricate, hand-carved woodwork.

One of the most interesting and educational parts of the zoo’s new additions is the HCA Healthcare Veterinary Center.

“It’s a state-of-the-art building for animal care with viewing windows where the public can see procedures taking place,â€ Bartoo says. “Everything from annual shots to open surgery.â€

He adds that there are even windows to the neonatal animal care rooms, where baby animals are being raised.

And despite the rapid growth over the past five years, the Nashville Zoo has no plans of slowing down.

“Along with those exhibits, there are rumblings to start creating an African plains area of the zoo,â€ Bartoo says. “We have 188 acres and are only developed on about half of that. There is so much opportunity.â€