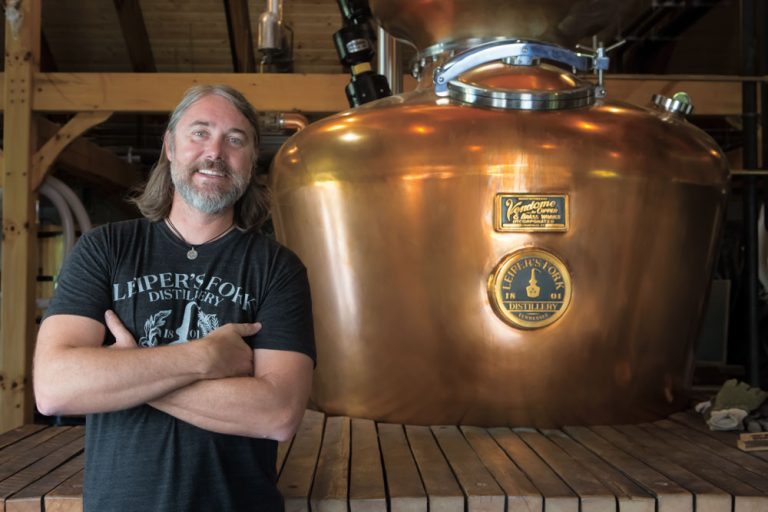 “The Masters & Makers Trail highlights the best that Williamson County has to offer when it comes to local products,â€ says Camille Tambunting, marketing and event manager for Mill Creek Brewing in Nolensville. “When you take the trail, it brings you to every part of the country where you can see these breweries, wineries and distilleries that have so much to offer. It really encapsulates what Williamson County is all about.”

The other stops on the trail are Arrington Vineyards in Arrington, H Clark Distillery in Thompson’s Station, and Leiper’s Fork Distillery and Mantra Artisan Ales in Franklin. Each of the five stops offers a distinctive-tasting product, linked by picturesque country roads.

“The drive is at least half the experience,â€ says H Clark Distillery owner Heath Clark. “Williamson County has some real artisans who take a lot of pride in where they live and what they do, and how they express this place to other people. So you can take a day trip and see beautiful countryside as well as some cool artisans. That’s a pretty good afternoon.”

Arrington Vineyards is the oldest establishment on the trail, having opened in 2007 before the current boom in local craft beverages had taken hold. Kip Summers, who owns Arrington Vineyards along with country music star Kix Brooks and businessman John Russell, says the goal was to bring the wine-country ambience of northern California to central Tennessee. So in addition to 16 acres of vineyards, Arrington has a large barn where free bluegrass concerts are held on weekends and a pavilion next to the tasting room that is used for jazz performances.

“We didn’t think of ourselves as leaders. We just wanted to create a nice, fun, wine-country experience in Williamson County,â€ Summers says. “We wanted a place where people could go and spend time, even if you don’t drink wine. You can have a picnic, sit under the trees, look at the vineyards, and just relax and escape in a park-like setting.”

Both of the distilleries on the trail focus on small-batch production. H Clark, for example, produces only a single barrel each week, alternating between bourbon, dry gin and an oatmeal stout whiskey dubbed a Tennessee Black & Tan.

“It’s a quality over quantity approach,â€ Clark says. “We’re not a fancy establishment. We operate out of a renovated grain barn. We do everything by hand and keep the equipment as basic as we can. We’re really not much different than how it would have been a couple of hundred years ago. So when people come to visit us, it’s as much about the place as it is the spirits.”

It is a similar story at Leiper’s Fork Distillery, where eight to 10 barrels of bourbon and whiskey are produced each week out of a 5,000-square-foot, timber-frame building. In addition, the retail store/tasting room is located in a log cabin built in 1825.

The trail’s two breweries offer contrasting styles. Mill Creek has a 28,000-square-foot facility and taproom, making it one of the larger breweries in Tennessee. Tambunting says the company brews “approachableâ€ craft beers. “That means classic styles and flavors. Nothing crazy,â€ Tambunting says. “We’re trying to hit that market of consumers who are still new to craft beer.”

That is not the case at Mantra Artisan Ales. With help from Food Network chef Maneet Chauhan, Mantra produces such culinary-inspired beers as Saffron Cardamon IPA and Milk Chai Stout.

“There’s not a whole lot of data out there on how to brew beer with chai tea,â€ Mantra brew master Derrick Morse says. “So we’ve kind of had to make it up as we’ve gone along. But our goal is always to produce incredibly flavorful beer designed from either a savory or a sweet dish.

“One of the things that’s so great about the Masters & Makers Trail is there’s a different experience that you can have at each of these places. This is cross-promotion at its finest. We support the community, and we support each other. We’re not competing against each other. Instead, we’re working together to bring people to this region.”