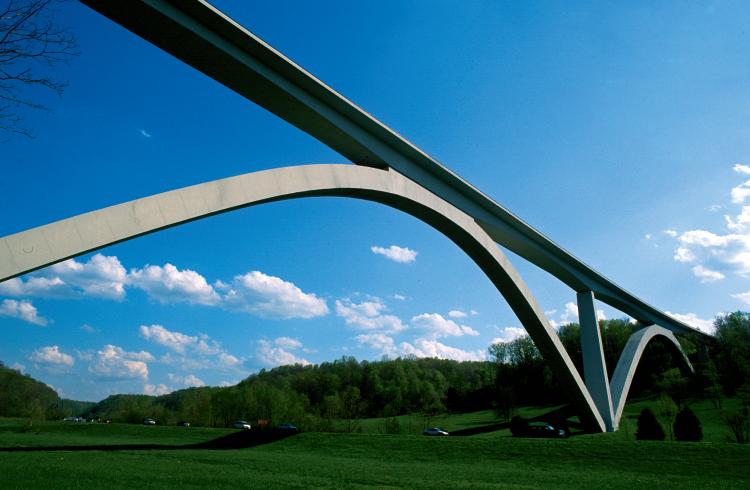 A typical Sunday drive in Williamson County can mean instantly connecting to a vital part of American history. The Natchez Trace Parkway, with its north end near Fairview at Highway 100, has been traveled by pioneer settlers, Native Americans and even U.S. presidents. Today, outdoors enthusiasts enjoy the Parkway for camping, biking and hiking, while motorists travel its 444 miles from here to the southern terminus in Natchez, Miss.

In 2012-13, the Parkway celebrated its 75th anniversary of being a national park, kicked off by an event at Brandon Hall Plantation near Natchez, where dignitaries first gathered in October 1937 to plant trees on the future thoroughfare. Event highlights include a recreation of the tree-planting ceremony and the Natchez Little Theatre staging a play about the group that started the NTP Association, which pushed President Franklin Roosevelt to have the Parkway built.

It wasn’t until 1938 when Natchez Trace was given its own special designation as a unit of the National Parks Service, which is why the Parkway is being honored in both 2012 and 2013, says Tony Turnbow, Natchez Trace Parkway Association president.

A photo history book entitled Building the Natchez Trace Parkway has also been published to commemorate the 75th anniversary.

Specific Parkway celebration events are posted on the NTP website at www.natcheztrace.info.

Also in 2012, NTP officials encourage people to remember the 200th anniversary of the War of 1812 and the Trace’s role in it.

The original Natchez Trace Military Road was created by Thomas Jefferson in order to move large numbers of troops to defend the Gulf Coast, and troops led by Tennessee native Gen. Andrew Jackson marched on the Trace several times. More troops died along the Trace than died in the entire War of 1812, because of hazardous conditions that existed in those days. All deceased troops are buried in unmarked graves along the Parkway.

Turnbow says a key reason why the Parkway was established in the 1930s was to memorialize those troops.

“It was where Jackson earned the nickname Old Hickory, and his military decisions along the Natchez Trace earned him recognition for the White House,” he says. “Leiper’s Fork is where many of his troops first camped, making it one of the sites that played a key role during the War of 1812.”

Nearby Sites to Visit

For Parkway attractions today near Williamson County, Turnbow suggests a visit to the John Gordon House, the first major site south of the county. Gordon was captain of Andrew Jackson’s company of spies and therefore played a prominent role in the War of 1812.

The Gordon House is at milepost 407.7, about 20 miles west of Columbia. Just south of there is Grinder’s Stand, where famed explorer Meriwether Lewis is buried and a small cabin exists. It is also where the boundary was set between U.S. settlers and the Chickasaw Nation.

Check out more historical sites to see in Franklin, TN.