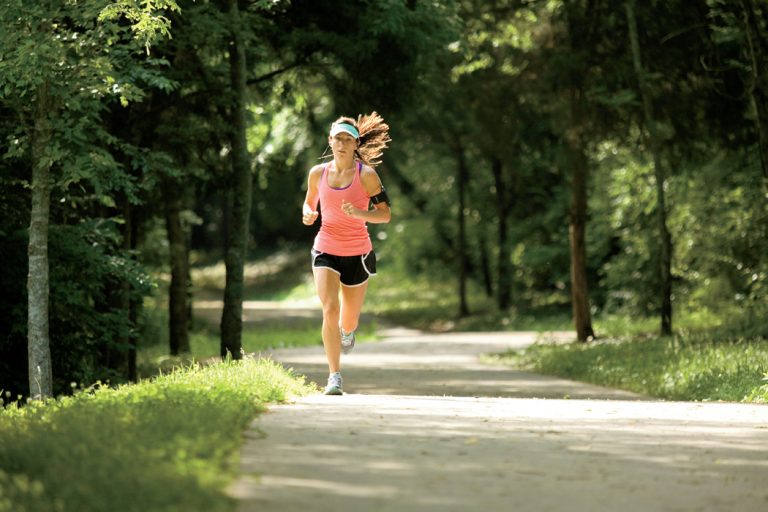 Nature is running its course at Marcella Vivrette Smith Park, which opened in November 2014 in Brentwood.

The new 400-acre greenspace on Wilson Pike at Split Log Road is the City of Brentwood’s newest park and has six miles of hiking trails along with an antebellum Ravenswood mansion that can be rented for weddings and other events.

“I walk for exercise but don’t like congested city areas, so this place offers a more rural setting to hike on dirt trails or asphalt,” says Jeff Morrow, a Cool Springs resident and WKRN-Channel 2 weatherman who often utilizes Smith Park. “Brentwood did a nice job of retaining the land’s historic charm with the Ravenswood building and old stone walls along some of the back trails. Smith Park is a nice place to escape the hustle and bustle.”

A quick history: Williamson County residents James and Emeline Wilson owned the land and in 1825 constructed their home, Ravenswood, named in honor of friend Sam Houston whose Cherokee Indian name was “the Raven” because of his jet-black hair. The property changed hands through the years until Williamson County residents Reese and Marcella Vivrette Smith purchased its 500 acres in 1961, then in 2010, the Smith family sold 320 acres and the mansion to the City of Brentwood. In 2013, Brentwood purchased an adjoining 80 acres to bring the total to 400 acres.

Smith Park today has a paved access road, parking lot, asphalt walking trail, a bridge over CSX railroad tracks, and four dirt trails. A map of the dirt trails can be downloaded from the city’s website, www.brentwood-tn.org.

“Most visitors to Timberland Park are Williamson County residents who drive there to experience something different in hiking,” says Gordon Hampton, director of Williamson County Parks & Recreation. “Timberland has tough trails with inclines and ravines.”

Hampton says Williamson County has tentative plans to purchase another 1,300 acres adjacent to the 70-acre park.

“We are working with the Tennessee Parks & Greenways Foundation to secure the land,” he says. “Timberland is already a great park, but it could become incredible.”

“The Leiper’s Fork property splits State Route 840 with 150 acres on each side, but Bending Chestnut could take many years to develop because we don’t have funding right now,” says Rogers Anderson, mayor of Williamson County. “But when it happens, that will be another exciting greenspace project to plan.”