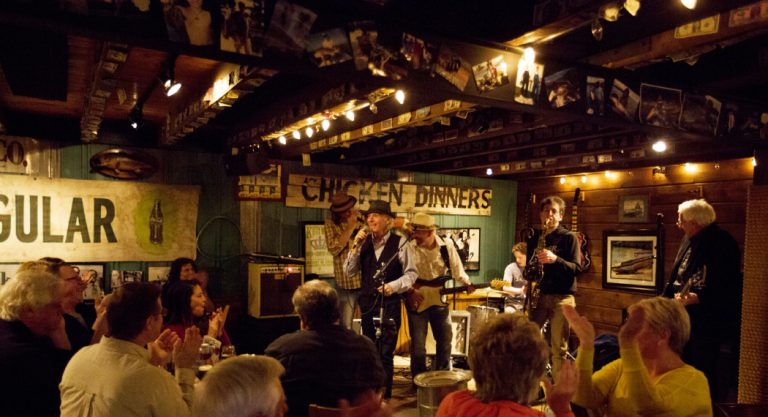 When you talk about music in Middle Tennessee, Nashville often dominates the conversation, but with a host of live music venues and events as well as a lion’s share of music-celeb residents, Williamson County has lifted its voice to loudly declare a musical legacy of its own.

“Music fans have been coming to this region for live music for many years. In Williamson County, we have a very unique music experience that we want to promote to those fans,” says Ellie Westman Chin, president and CEO of the Williamson County Convention & Visitors Bureau. “Williamson County is really a hotbed of creative people. Whether that’s musically creative or from an arts perspective or performing arts, we just have a very active, creative community here. With that comes amazing music venues and amazing music that you can hear.”

“Arrington Vineyards hosts Music in the Vines; Puckett’s Grocery hosts an open mic night on Thursdays; and the Franklin Theater, which has perfect acoustics, is a wonderful place to see live music. Music is such a big part of who we are here – even Carnton Plantation puts on live music productions during the summer on the last Sunday of each month.”

As additional examples of the county’s musical appeal, Chin points to the Music City Roots – a live, two-hour radio show that features some of the best in country, bluegrass and America from Middle Tennessee’s music scene and is broadcast each Wednesday from The Factory in Franklin, as well as The Legendary Kimbro’s Pickin’ Parlor.

Songwriter Ron Kimbro and his business partner Will Jordan opened Kimbro’s opened a little more than 10 years ago as a restaurant and music venue. What Jordan describes as “an upscale juke joint” hosts live music Monday through Saturday and a singer/songwriter showcase on Tuesday nights.

“I played in bands when I was younger, and we used to have a lot of house parties at my house. When we first opened Kimbro’s, we just made it almost like a house party, and that’s kind of the same feel that you have when you come here now,” Jordan says.

Jordan says Kimbro’s is in good company in Williamson County.

“The Franklin Theater always puts on some amazing shows. Then there is The Factory just less than a mile from Main Street, and the Pilgrimage Music Festival, and Creative Air is headquartered here in Franklin,” he says. “There’s been a huge shift toward music in Williamson County. Everybody’s behind the movement.”

In the Heart of Americana

Chin says the CVB is hoping many of those visitors will be drawn to Williamson County’s place in the Americana Music Triangle, the geographic triangle of cities that lie between Nashville, Memphis and New Orleans.

“The Triangle was created to showcase the nine genres of music that were born out of this geographic region. There’s a lot of music history within that triangle,” Chin says. “What that brings to us is really great national and international exposure. It’s allowed us to build relationships with other communities, such as Muscle Shoals and Clarksdale. It really brings in music fans of all genres.”

Not surprisingly, the Williamson County CVB expanded its marketing brand to include its musical offerings.

“Whatever you like to do, you’re going to find an opportunity to do it Williamson County,” Chin says. “We have people that come in and they love antique shopping and between our antique district in Franklin and the antique district in Nolensville, we have that opportunity for them. Music, to me, was just another great reason for visitors to come to Williamson County.”