Dig into an ever-increasing spread of new dining destinations 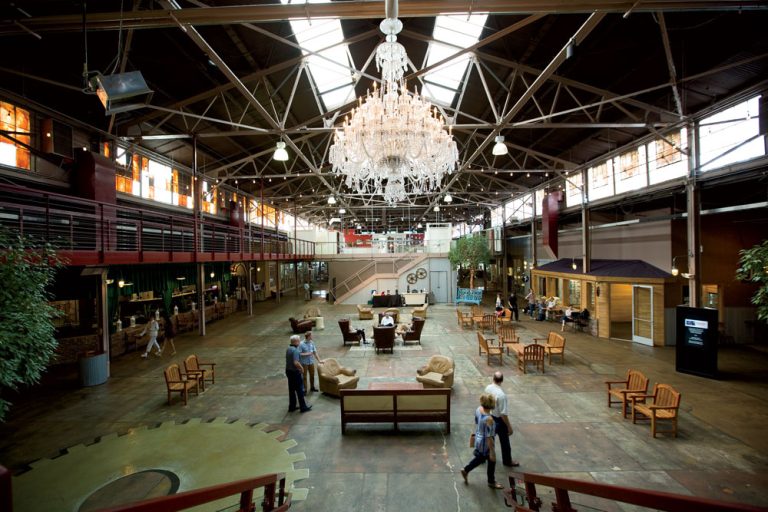 If you’re looking to grab a bite in Williamson County, you’re in luck. The community has more dining options than ever, with even more on the way. Plus, there are plenty of spots to quench your thirst, including a new brewery and can’t-miss coffee shops.

Whether you’re craving a sweet treat, a quick lunch or a leisurely dinner, Williamson County has you covered. The only challenge? Deciding which destination to try first.

The former First Tennessee Bank building in downtown Franklin is undergoing a $14 million renovation that will result in 231 Public Square – the first major construction project on Franklin’s square in about 50 years and the future site of Williamson County’s first rooftop bar and restaurant. The 9,466-square-foot dining spot will overlook Main Street and the square, and its patio will provide patrons with 360-degree views of downtown Franklin and beyond. In addition, 231 Public Square will include a 6,428-square-foot restaurant on its ground level.

“The response to the new restaurants and retailers at Hill Center Brentwood has been very positive,” says Jimmy Granbery, chairman and CEO of H.G. Hill Realty Co. “Stop by the open-air center anytime and you’ll see it brimming with activity as employees enjoy lunch and after-work happy hour, and families come together for a weekend meal. And with a mix of local and regional boutiques alongside nationally recognized retailers, there’s plenty of shopping for all.”

The Factory at Franklin has long been a top spot for Williamson County restaurant-goers, thanks to favorites like Saffire Restaurant & Bar and Funk Seoul Brother, but recent additions have made it even more appealing.

Want more fun things to do in Williamson County?

In addition, The Factory will soon be home to Liberty Green, a 10,000-square-foot restaurant that will feature a spacious split-level outdoor green space located under the Factory Tower. The new concept was created by local restaurateur Terry Raley – who also established Nashville hotspots like The Pharmacy Burger Parlor, Holland House Bar & Refuge and Butchertown Hall – and will offer a menu with items such as smoked meats, wood-fired vegetables and burgers, along with craft beer and cocktails. Liberty Green is also slated to include three bars, shuffleboard, ping pong and kids’ play areas.

Murfreesboro-based Just Love Coffee & Eatery, open in Brentwood since May 2015, provides more than a caffeine fix. Serving hand-crafted coffee drinks as well as breakfast, lunch and dinner, Just Love Coffee is a socially minded enterprise that gives back by donating a portion of its profits to charity. Additionally, customers can open free accounts with Just Love Coffee to raise money for good causes.

Another Williamson County spot to grab a drink is Mill Creek Brewing Co., located in Nolensville and open since May 2016. Mill Creek joins Cool Springs Brewery as the county’s second brewery, offering five beers on tap – four year-round options and one seasonal variety – as well as eats from Subculture Urban Cuisine & Cafe.

“The craft beer scene in Williamson County is only going to get bigger,” says Chris Going, founder and CEO of Mill Creek Brewing Co. “As Nashville continues to get more saturated with breweries, we’ll start to see a few more breweries crop up here, and I’m excited to be part of this movement.”