Nashville may be Music City, but you might call Williamson "Music County." 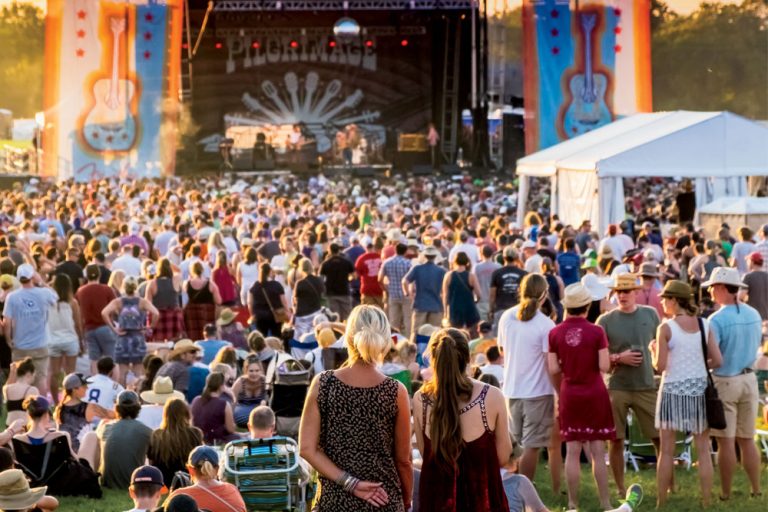 If you’ve got a yen for live music, stay right here. Nashville may be Music City, but you might call Williamson “Music County.”

On any given night of the week, talented musicians of every stripe are winning audiences here, whether they prefer bluegrass while nursing a beer, vintage rock while lounging on a downtown patio or big-name stars at a televised concert.

Want more fun things to do in the Williamson County area?

“Music unites people and reflects culture,” says David Pack, manager of The Factory at Franklin, which has achieved a national reputation as a music venue. “There is so much talent and ability in Middle Tennessee and Franklin itself. It’s been an amazing thing to witness what musicians here have accomplished, the level they’ve achieved.”

The Factory at Franklin offers perhaps the most widely recognized programming, hosting country, Americana, rhythm and blues, rock and pop music live events, many of which are broadcast on radio and television or streamed on the web. Music City Roots, which features up-and-coming and better-known Americana acts, is broadcast on public television and nationwide radio Wednesdays at 7 p.m. and has amassed a large, enthusiastic audience. Thursday nights at The Factory belong to Music City Pickers Live, singer-songwriter showcases of big and not-yet-big names. Hit songwriters Gordon Kennedy and Brady Seals host the weekly shows in the intimate Little Brick Theatre (formerly the Boiler Room Theatre).

The Factory is also home to Studio Tenn’s musical theater productions that spotlight icons like Ray Charles and Johnny Cash. Also at the Little Brick Theatre: Jazz and Blues Tuesdays and Soul at The Factory, where R&B, blues, jazz, gospel, soul and funk get their due with Jason Eskridge and Friends and more of the area’s outstanding talent. CMT has broadcast dozens of its live CMT Crossroads shows from The Factory since 2002, matching country artists with hit-makers from other genres, including such luminaries as Alicia Keys, John Legend and Katy Perry.

CMT, Pack says, “adds momentum” to the Factory and Franklin’s growing national reputation as an entertainment venue, as does the annual Pilgrimage Music and Cultural Festival held across the street at Harlinsdale Farm in September.

“We feel we’re just getting started,” Pack says. “Our mission is to provide meaning to the community, and the performing arts are a big indication of the cultural strength and values of Franklin. We’re humbled and excited to add to that.”

Stroll a few blocks to downtown Franklin for more live music outdoors at the Mellow Mushroom, known for its pizza, and in the summer as the spot to catch the Beatles 64 cover band – a group that draws hundreds of fans on warm-weather Saturday nights. The restaurant chain rarely offers live music, but, says manager Kathy Dorlac, the popularity of the impromptu pickers and cloggers outside the next-door county courthouse made music a natural for the restaurant, which features all kinds of music.

“Once our patio went in, it just seemed natural to have music there. It’s done very well and really boosts the bottom line,” Dorlac says. “People call us every day to find out who’s playing that night.”

If live Celtic music is your cup of Guinness, McCreary’s Irish Pub and Eatery on Main Street is the place to be. Well-known musicians from all genres are booked year-round at the Franklin Theatre across the street. And a bevy of talented area musician holds forth at Puckett’s Boat House, Gray’s on Main, the Bunganut Pig and Kimbro’s Pickin’ Parlor, which regularly features its Legendary Deconstructed Songwriters Showcase as well as guest artists.

A bit farther afield, Soulshine Pizza Factory brings live music to the Berry Farms area with such artists as the Tim McDonald Band. And live music has become almost as much a part of the Arrington Vineyards experience as its highly awarded wines. Weekends from April 1 through November, Music in the Vines presents Bluegrass in the Barn and Jazz in the Courtyard, both free of charge.

Got kids? Find out why kids have it made in Williamson County

Browsing for antiques on a Saturday? The Amish Country Market at the Nolensville Feed Mill presents country/rock/folk musicians from noon to 2 p.m. In Thompson’s Station, an exciting new venue, the Graystone Quarry Amphitheater, is set to open in 2017. A gathering hall is already in use at the 76-acre events site and the amphitheater seating is planned to accommodate 5,500 for shows.

Headed toward Brentwood? The venerable City Café, Brentwood’s oldest eatery, is under new ownership and now features live music on many evenings, from country to Elvis tributes to folk.