Vibrant music and sports scenes add up to well-balanced playtime. 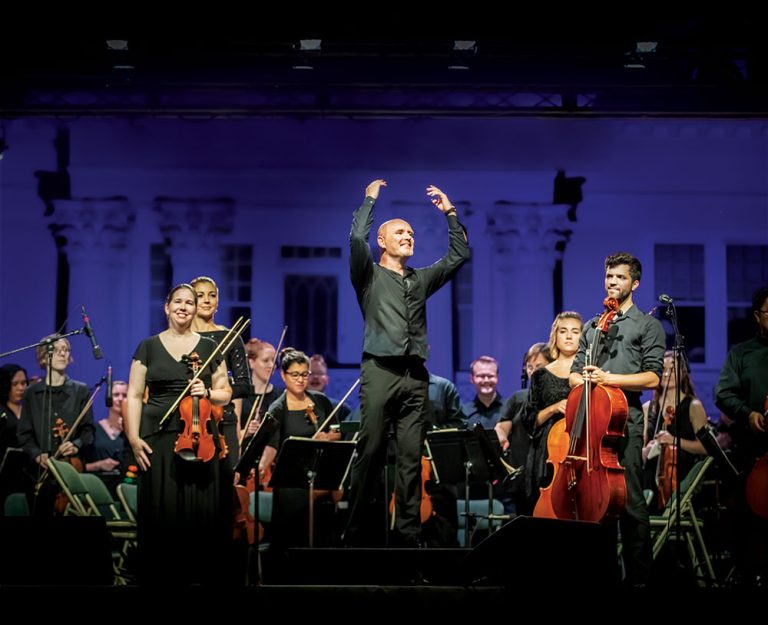 With its unique blend and balance of art and athletics, Jackson continues to grow its reputation as a well-rounded place with an appeal that’s steadily on the rise. This music mecca that’s historically been home to well-known artists also lays claim to a thriving sports and recreation scene that draws droves of outdoor enthusiasts.

Looking to get active? Jackson has you covered, and if you prefer working out with friends, you’re definitely in luck. Community groups like the Jackson Road Runners and Run It FastÂ® – The Club give locals ample opportunities to come together and enjoy exercising in the great outdoors.

Joshua Holmes, from Jackson, is the founder of RunItFast.com, a compilation of some of the most elite and experienced runners in the world. Annually, Joshua travels back to Jackson and hosts both trail and road race events and ultra marathons. “Run It Fast” is simply a motto for pushing past your own limits to go further, faster, and do more than you ever have before. Everyone’s ‘fast’ is relative and 100% subjective.

“From an endurance athlete standpoint, Jackson has grown a lot recently, and there’s more growth on the horizon,â€ says Holmes, who has completed 243 marathons and ultramarathons and was the first Jacksonian to complete a 100-mile race. “Trail running and hiking have grown over the past five years, and the city is committed to developing wetlands north of Jackson into a park that will have many miles of trails and other great outdoor opportunities. Downtown Jackson also hosts excellent 5K races as well as the Andrew Jackson Marathon and Half Marathon in April.”

Additionally, Jackson is home to the Jackson Roadrunners. The local running club consists of runners of all ages and abilities. The group actively trains together, races together and works together, and is instrumental in hosting the Andrew Jackson Marathon, the oldest in the state.

Jackson is a top spot for spectator sports, too, as it’s home to the Jackson Generals, a Double-A Southern League professional minor league baseball team affiliated with the Arizona Diamondbacks that take the field at The Ballpark at Jackson in the spring and summer.

And don’t forget about youth sports. The community’s state-of-the-art West Tennessee Healthcare Sportsplex features 17 lighted fields on 70 acres and hosts youth baseball and softball tournaments. The Jackson Futbol Club, a nonprofit soccer club for boys and girls ages 5 to 18, plays at various locations across the community and draws more than 90 teams to Jackson for its Wolves Weekend Challenge tournament.

Lauren Pritchard, known professionally as LOLO, is one of many successful musicians who grew up in Jackson. She is

a co-writer on the award-winning song “High Hopesâ€ sung by Panic! at the Disco, having also succeeded as a musical actress on Broadway. She has more recently performed her song, “Shineâ€ on the national television show, “The Bachelor.â€ After about 16 years of living elsewhere, she found her way back to Jackson – her “permanent home,â€ she says – a decision made in part due to the community’s diverse, lively music scene.

“Even though it’s been mostly known to the outside world for its country music and rockabilly influence, all sounds come from and through this city,â€ LOLO says.

With so many musicians having deep roots in Jackson, it makes sense that the community would have plenty to offer in the form of performing arts and culture – and it does.

Jackson is home to The Jackson Symphony, which has entertained audiences with live music for nearly 60 seasons, along with Ballet Arts, a community youth ballet that performs seasonally in shows such as “The Nutcracker.â€ The Legends of Tennessee Music Museum also enriches Jackson’s music scene along with venues like Hub City Brewing and The AMP.

“I hope people will take the time to invest in the many things this creative town has to offer,â€ LOLO says. “Jackson’s art and music scene brings people together in such important ways, and they inspire people of all ages.”