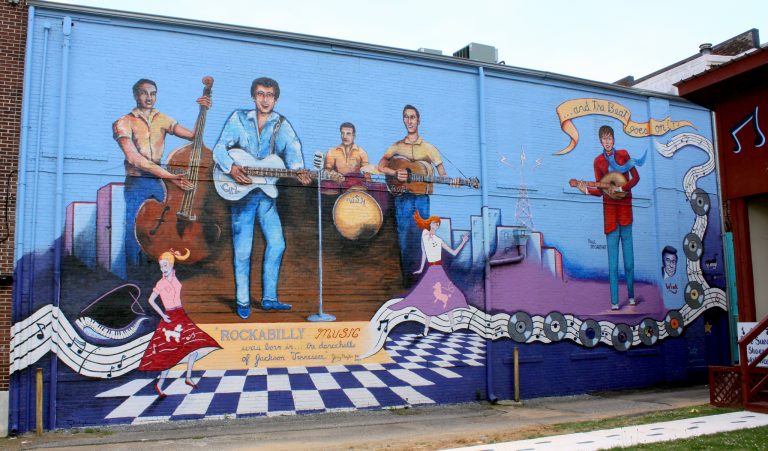 Jackson / Courtesy of Brent Moore under a CC 2.0 license.

Jackson, named after President Andrew, is a growing city in West Tennessee, situated between Memphis and Nashville and strong in areas like business, education, healthcare, retail and affordable housing. There is also plenty to do, including the following:

Take a trip to Casey Jones Village, which celebrates the life of Illinois Central Railroad engineer Casey Jones, who saved the lives of his passengers before colliding with a stalled freight train in Mississippi, losing his own life. The village has attractions like a railroad museum, country store, restaurant, ice cream parlor, confectionery shop, clothing store, amphitheater and mini-golf course.

For something unusual to do, visit Rusty’s TV & Movie Car Museum. The attraction has more than 20 cars on display that were used in movies and TV. Vehicles on exhibit include the Eclipse from Fast and Furious, Herbie the Volkswagen from The Love Bug, the General Lee from Dukes of Hazzard, the ambulance from Ghostbusters, and the Gremlin from Wayne’s World.

Take a tour of the historic Neely House, a former Murphy Hotel (circa 1901) that has been converted into cozy office suites with modern conveniences. Also on site is Chandelier CafÃ©, an upscale restaurant that serves metropolitan food and craft cocktails. The cafÃ© is open Wednesday-Sunday.

Looking for something fun to do on a summer evening? Catch a game of the Jackson Generals, the AA affiliate of the Major League Baseball Arizona Diamondbacks. The team plays home games at The Ballpark at Jackson.

Owner Sam Bryant has opened Samuel T. Distillery in Jackson, which is part of the Tennessee Whiskey Trail. The facility has a tasting room and a comfortable facility for weddings and corporate functions, and some of the spirits names are Tennessee Hills, Highland Reserve, Tennessee Moonshine, TNKilla and Grappa. The distillery is open Wednesday through Sunday for tastings and sales.

Spend a few hours breathing fresh air and admiring wildlife, waterfowl, plants and trees that make up Cypress Grove Nature Park, located just minutes from downtown Jackson. The park has a mile of elevated boardwalk through a cypress forest, and another highlight for visitors is an Aerie Trail Raptor Center that serves as a sanctuary for injured hawks, eagles, owls and other birds of prey.

9. Kick Up Your Heels

Hang out where the locals party at night, with several places offering food and drinks along with entertainment. Some of the more popular destinations are Downtown Tavern, Jimmy D’s Sports Bar, Red Dog Saloon, South Street Comedy Club and The Tap Bar & Grill.