The city is a key component of the Americana Music Triangle — here's why you need to experience it for yourself. 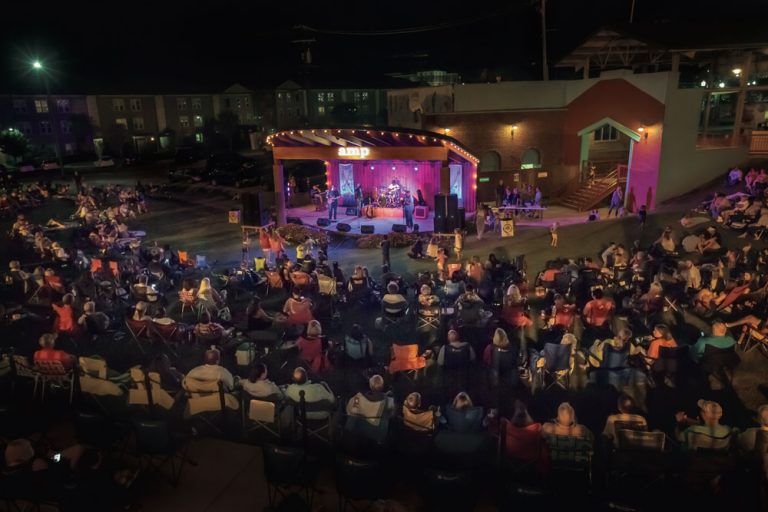 The heart of Jackson may be the blend of agriculture and industry that has sustained it from its earliest days, but its soul – the thing that has allowed this town to have a huge impact felt around the world – has always been the same: music.

Situated in the magic triangle formed by Nashville, Memphis and New Orleans, Jackson is a key component of the Americana Music Triangle, and locals continue to sing its praises.

“Music, for a community, is sort of a connector,â€ says Jeremy Tubbs, director of music and entertainment at the University of Memphis Lambuth Campus. “It helps bring people together where relationships can be built. It can happen on various levels, too. For instance, a coffee house with intimate acoustics, a hip-hop club with dancing or an opera house with a higher, sophisticated flavor are doing sort of the same thing. It’s staged differently, but it’s a connecting point.”

Tubbs says Jackson’s musical influences have always been varied. Country music has always been present here, and blues will always be here too. And anywhere the blues go, rock ‘n’ roll is close to follow.

Then there’s rockabilly, the confluence of them all. Carl Perkins, Jackson’s most famous musical son and dubbed “The King of Rockabilly,” wrote and originally performed, Blue Suede Shoes, with which he enjoyed massive success. While that was his own best performing hit, Perkins had several of his songs performed by Elvis, Johnny Cash and The Beatles. Paul McCartney reportedly said if it weren’t for Perkins, there would be no Beatles, and in 1998, George Harrison played at Perkins’ funeral here, as did Wynonna Judd, Garth Brooks and Ricky Skaggs.

“Our musical identity goes back many generations,â€ says Tubbs. He was born and raised in Jackson, left when he was 24, and saw some of the rest of the world traveling as a musician, manager, recording artist and booking agent. He returned for good in 2010 when the University of Memphis hired him to direct its music program. When he came, he brought his love for performing with him.

“My favorite [local] memory was playing Blue Suede Shoes with Carl Perkins. Not too many people had that opportunity. I’ve also had the opportunity to perform with W.S. Holland and Norbert Putnam here in Jackson. Those were very special moments. Nowadays, there’s some special moments happening every month it seems,â€ Tubbs says.

Josh Smith is another local artist. He’s a singer-songwriter, who came to town because of the opportunities here. He says, “I’ve lived in Jackson since 2002. I moved here to play music with [the band] The Grove, and it’s been home since then. It’s perfect for me – just the right size.”

Smith collaborated with Tubbs and another local musician, Dave Thomas, to create an original song “Jackson’s Still My Home,” which they recorded and produced at the local Jaxon Records. The video highlights local personalities, singers and iconic Jackson locations.

Important music minded destinations in town include The Carnegie Featuring the Tennessee Legends of Music Museum, which features exhibits of items significant to the life and careers of Perkins and several other music luminaries with local ties, such as Eddy Arnold, W.S. Holland, Denise LaSalle, Tina Turner and Sonny Boy Williamson. Another favorite is the International Rockabilly Hall of Fame downtown.

Music has grown organically here, but it’s been fed and watered by a variety of efforts. The Jackson Area Music Society, led by Tubbs as president, works to support local music and musicians. The education system also here has been instrumental in building musical infrastructure. From Tubbs’ program to Union University and Lane College, graduates from local college music programs provide a base of potential players from which bands can be formed. They’ve also given the music scene an audience.

If you need proof, just visit one of the dozens of live music events weekly, where you’ll see locals carrying on one of its oldest traditions at larger venues like The Ned, The AMP and Carl Perkins Civic Center or smaller spots with more intimate settings, such as West Alley BBQ & Smokehouse, Mulligan’s or Redbone’s Grill and Bar, just to name a few.