Jackson, TN: Arts for All 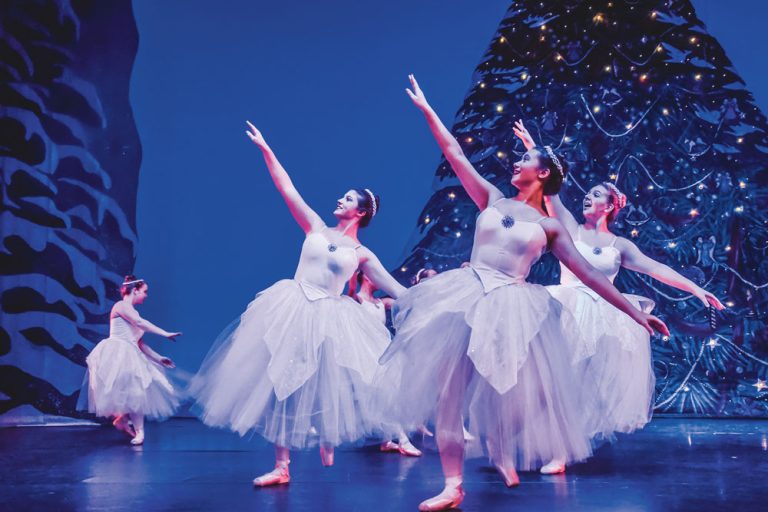 When Ballet Arts presented its first production in 1975, an audience of 35 people was on hand. Fast forward to 2018, when more than 5,000 enthusiastic fans attend Ballet Arts’ season. Given similar growth in Jackson’s other arts organizations, the creative culture is clearly thriving.

“When people ask how to get involved in the arts, I say ‘How much time do you have on your hands?’” says Melinda Hearn executive director of the Jackson Arts Council (JAC). “We can tailor an experience given the time you are willing to commit, whether it’s buying a single ticket or getting your son or daughter involved with the Jackson Youth Orchestra. I always say, if you lead people to the water they will fall in love with it.”

Ballet Arts, for example, received a JAC grant to support its program in which guest artists from such prestigious organizations as the New York City Ballet, the San Francisco Ballet and the Paris Opera Ballet perform and mentor young dancers. The company not only stages a full season of productions – including the longest-running production of The Nutcracker each winter, but also manages a full-fledged training program for young dancers, many of whom go on to professional careers.

The Jackson Symphony, likewise, has grown and expanded since its founding in 1961.  Today the ensemble of 65-70 musicians presents a series of four classical and three pop concerts, as well as a free Under the Stars concert – underwritten by the Arts Council – that draws audiences of 6,000. The Symphony, like Ballet Arts, is committed to fostering youth participation. It presents in-school concerts and Open Rehearsal programs for school children and offers participation in the Jackson Symphony Youth Orchestra and the Sinfonia Strings, a program for beginning musicians.

The 50-year-old Jackson Theatre Guild presents four productions each year at the Ned McWherter Cultural Arts Center, a mainstay of the larger arts community. Auditions for shows that have included Hello Dolly, Barefoot in the Park, South Pacific and Guys and Dolls, are open to the public. But even those who don’t get a role can find many ways to be part of the fun through volunteer opportunities. Meanwhile, the Jackson Children and Teen Theatre offers younger drama-lovers the chance to perform in several productions annually.

For writers, the Griot Collective of West Tennessee presents opportunities to collaborate and network with other talents, through poetry workshops, contests and open mic events. The arts group also sponsors a visiting writers series.

While formal arts organizations do their part to sustain and promote the arts in Jackson, creativity also flourishes in the streets, at festivals that include Archaeofest, the Jackson International Food and Art Festival, and Christmas in The City. The latter event, held the first Saturday in December, brings together several nonprofit agencies, who along with vendors and sponsors set up booths in downtown Jackson featuring holiday activities as well as goods for sale.

Some of the activities during Christmas in The City include taking photos with Santa Claus, seeing live reindeer, hearing performances by carolers and choral groups, visiting vendor booths for merchandise and crafts, plus enjoying snacks and treats from various food booths and food trucks. The event marked its third year in 2017 and is quickly becoming a beloved new holiday tradition.