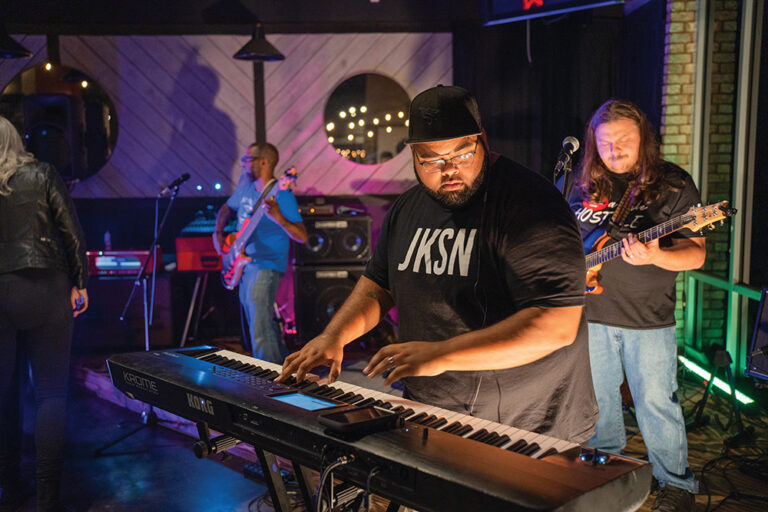 “Jackson: Hidden Tracks is a campaign to share the rich music story of Jackson and rural West Tennessee that is rooted in blues, gospel and country,” says Lori Nunnery, executive director of Visit Jackson, Tennessee.

Nunnery says the goal is to inform residents and visitors about what makes Jackson a unique place for music lovers of all backgrounds to come together.

“Jackson features the great music you can only find halfway between Nashville and Memphis. On a given weekend, there are about 30+ live music events that people may attend,” Nunnery explains.

See You at the AMP

Local venues that host live music include Redbone’s Grill & Bar, Doe’s Eat Place and Hub City Brewing. Jackson is also home to a handful of recording studios along with TN Legends of Music Museum at the restored Carnegie Library, which features exhibits detailing the music story.

“Jackson: Hidden Tracks is a marketing campaign to tell the rich music story of Jackson and rural West Tennessee that is rooted in blues, gospel and country.”

“There are also weekend concerts from May through September at Jackson’s AMP at the Market, a large amphitheater behind the West Tennessee Farmers Market,” Nunnery says. “That family-friendly music series at the AMP features free summertime performances, adding to the overall music vibe of Jackson and the region.”