Project will bring many upgrades to city 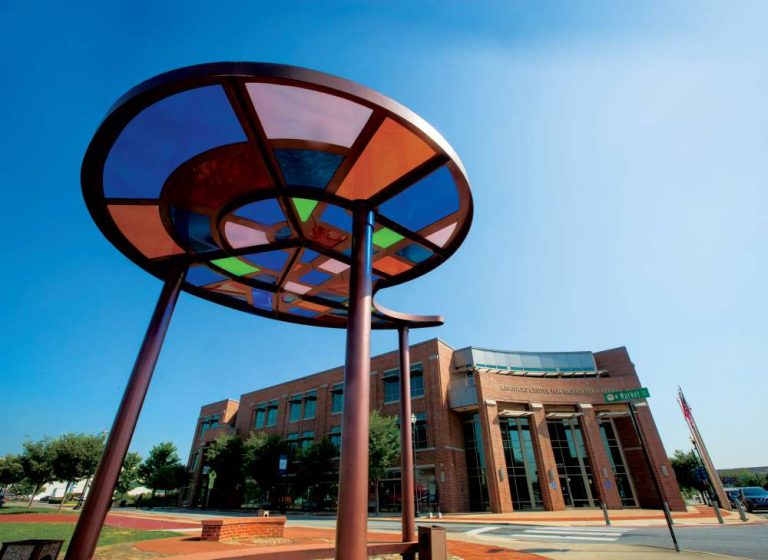 J. Fred Johnson was a founding father of Kingsport who felt strongly about community spirit and the city’s ability to get things done. He would have been proud of ONEKingsport.

“The mayor and aldermen approved $1 million toward the seven initiatives, and another $1.4 million is going to basic operations and maintenance issues within the city that have been somewhat neglected,” says Jeff Fleming, Kingsport city manager. “ONEKingsport is an organized approach for attacking our future.”

Fleming says one of the projects involves beautification, such as making sure the city is litter free, curbs are freshly painted, and lawns are cut. Another initiative is adding more signage to direct residents and visitors to points of interest along the scenic eight-mile Kingsport Greenbelt fitness trail.

“It is especially important that the gateways of our community are welcoming and attractive,” he says. “We want to enhance our livability assets so that more people will choose Kingsport to live, work and visit.”

Fleming says other projects that ONEKingsport will tackle include adding more lighting downtown along Broad Street for people going to restaurants, plays and other events, and there are plans for riverfront development along the Holston River.

“Also on the drawing board are public murals in the downtown district, and infrastructure upgrades are being designed for Bay’s Mountain Park, our popular 3,500-acre nature attraction that features a lake, planetarium and bicycle and hiking trails,” he says. “In addition, a housing initiative is targeting more developers to build houses for people moving into the area. We recently created 800 lots and already have more than 400 sales.”

“Another ONEKingsport plan is to build a small park adjacent to The Academic Village that can be a comfortable gathering place for college students between classes and after school,” says Lynn Tully, City of Kingsport development services director. “There are also plans to expand the campus itself.”

Tully adds that the city has purchased a former General Shale manufacturing site that features 14 acres of property next to the downtown district.

“Plans for that property include constructing a large outdoor amphitheater for concerts and plays,” she says. “When not in use, that area will also have parks, and there is already a tournament ball field there that will be expanded.”

For Seniors and Millennials

Meanwhile, several important city infrastructure projects are underway, including a Reedy Creek sewer trunkline replacement in the downtown area and a Kingsport Raw Water Project to ensure a safe and continuous supply of drinking water.

“In addition, Kingsport is a proud manufacturing city that makes a variety of products, and for entrepreneurs we are proposing a brand new Product Creation Center,” Tully says. “We also launched a website in 2017 called SyncKingsport.com that serves as an online portal to provide great information for entrepreneurs and small-business owners.”

More things to do in Kingsport

Tully points out that Kingsport has much to offer, including easy access to Interstate 26, a low tax structure and the beautiful Holston River.

“We have a large senior population and a growing millennial population, and both of those age groups want many of the same things, such as convenience, comfort, walkability, theaters, concerts and outdoor recreation to stay fit and healthy,” she says. “ONEKingsport is all about that, and the excitement of all these upcoming projects is encouraging private investors to get on board. All the proposed changes are making people think very positively about Kingsport.”