Downtown Kingsport: 5 Things to Do While Enjoying the City 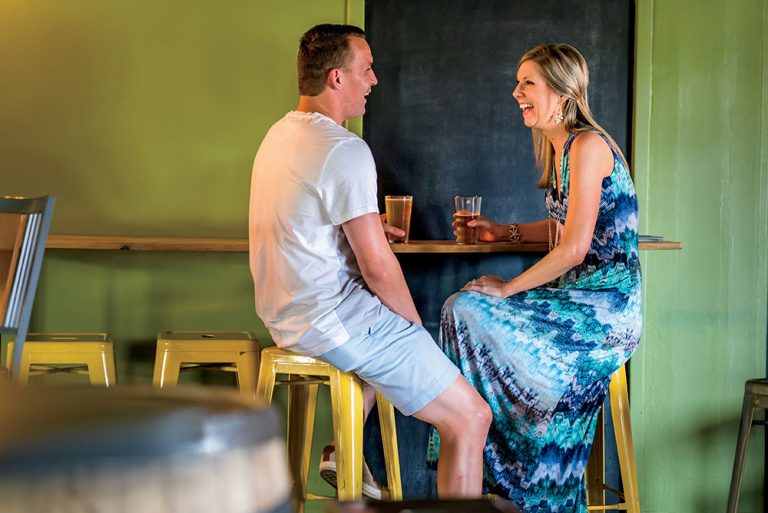 Downtown Kingsport is alive and growing, with the district attracting people of all ages. “That includes many college students attending classes at the downtown Kingsport Academic Village, which houses branches of five colleges from our region,â€ says Allie Hinds-Adams, Downtown Kingsport Association interim executive director. “Millennials want to spend money on experiences, so there are many activities downtown, along with coffee shops, restaurants, breweries, live music, karaoke, a Selfie Trail and other happenings.”

Love to eat locally? You’ll find lots of variety in menus and atmospheres in Kingsport’s independent restaurants, many of which have pet-friendly patios.

Coffee shops in downtown Kingsport get customers off to a good start every day, including at Hibbert-Davis Urban Brews and Renewed Brew Coffee. For beer and cocktails, grab a microbrew at Bays Mountain Brewing Company and Model City Tap House.

Kingsport: Live the High Life At A Low Cost

The month of May kicks off the Kingsport events season with Racks by the Tracks barbecue, wine, beer and music festival, which features big-name bands. Another major annual downtown event is the city’s Fourth of July Celebration, while the Twilight Alive Concert Series occurs on Friday nights throughout the summer.

“One of our biggest celebrations is Fun Fest, a nine-day community festival held in July that showcases the diversity of our region,â€ Hinds-Adams says. “Another big event is a Wine & Brew Festival that the Downtown Kingsport Association presents every October.”

For the holidays, Santa’s Depot kicks off the season on Thanksgiving weekend, and a tree lighting and Christmas parade occur in early December.

“We have many interesting shops, including several women’s clothing boutiques and a nice men’s store for custom suits,â€ Hinds-Adams says.

“As for one-of-a-kind gifts, you can always buy something great for everyone on your holiday list by shopping at downtown stores.”

More and more residential opportunities are opening up in downtown Kingsport, including spaces above several shops and restaurants that have second-story lofts for people to rent or buy.

“There are even a few lofts in the parking garage we have downtown,â€ Hinds-Adams says.

“When you step inside one of those lofts, you would never believe you’re actually on top of a parking garage.”