There is something for everyone in the Kingsport area. 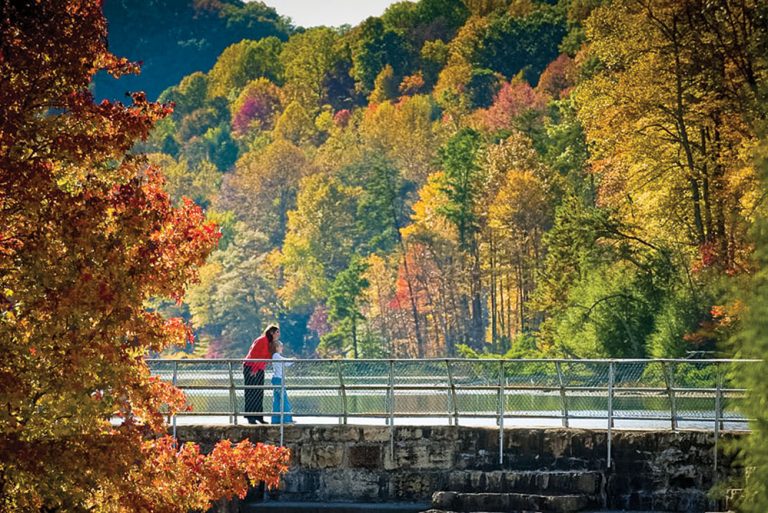 1. You have access to a ton of top amenities and

2. You won’t break the bank because of its low cost of living. Want more?

Enjoy an otherworldly natural experience every Saturday at 10:30 a.m. when Bays Mountain Park & Planetarium hosts its free Wolf Howling program. People can gather near the park’s Wolf Habitat and hear the pack as they are encouraged by rangers to communicate with one another and howl in chorus. Another program, Wonder of the Wolves, gives more in-depth info about the history and importance of gray wolves as well as details about the wolves who live at the park. The latter program is $3 per person. Check the park calendar for details at baysmountain.com.

The Santa Train enters its 78th run Thanksgiving weekend when CSX Railway hosts its annual 110-mile holiday excursion run between downtown Kingsport and Shelby, KY. Besides a fun ride for kids and adults, the Santa Train distributes toys, food and winter clothing to people at several stops along the way. The event is sponsored by the Kingsport Chamber, CSX Food City, Appalachian Power and Soles4Souls.

Whether your passion is dark chocolate, white chocolate or milk chocolate, Bellafina Chocolates has a truffle variety for you to enjoy. All truffles are made with no preservatives or added sugars, and popular flavors include peanut butter, espresso, mountain mint, intensely orange and red hot cinnamon. Bellafina has a downtown Kingsport store on Cherokee Street and also does much business via online sales. Net proceeds from all chocolate sales benefit worthy children’s and literacy charities.

Downtown Kingsport’s events season kicks off each May with the Kingsport Spring WING Fling at the Kingsport Farmers Market Friday evening with the Racks by the Tracks Festival the next day. Friday’s event features about a dozen chicken wing vendors from around the Tri-Cities offering wings for attendees and judges to sample and cast votes for favorites. On Saturday, Racks by the Tracks includes a full day and night of activities, including a 5K and 10K run, craft beer and wine tasting, barbecue competitions and a kids’ station. Kingsport’s biggest annual event, Fun Fest, occurs each July over nine days. The street fair includes multiple events, including races, kids’ activities and lots of live music. Fun Fest is consistently ranked among the Top 20 Events to attend in the Southeast in July by the Southeast Tourism Society.

Kingsport has a vibrant arts community, and the Kingsport Office of Cultural Arts oversees a number of organizations and also schedules a variety of performance events. Among the talented groups thriving within the city are the Kingsport Art Guild, Kingsport Ballet, Kingsport Theatre Guild, Symphony of the Mountains, Suzuki Talent Education of Appalachia and the Netherland Inn/Exchange Place.


If you’d like to learn more about the Kingsport area, check out the latest issue of Livability: Kingsport, Tennessee.