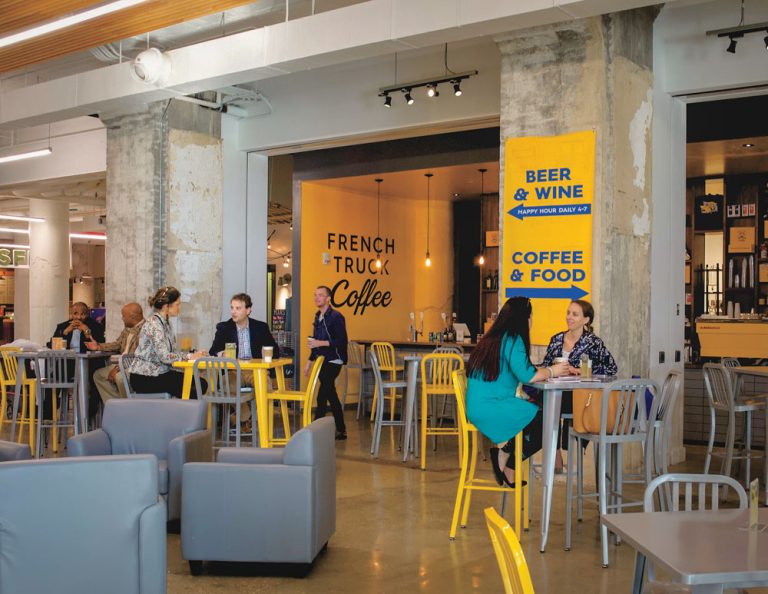 A landmark building in Memphis‘ Crosstown neighborhood has been transformed into a mixed-use development that brings together commercial, residential and retail components.

The once thriving 10-story Art Deco building on Concourse Avenue had stood vacant since the early 1990s. Opened by Sears in 1927, the landmark structure was ultimately placed on the National Register of Historic Places in 2013, and a local organization called Crosstown Arts got behind a massive effort to bring the building back to life.

The development, which has its own parking garage, is estimated to create about 700 new jobs and generate more than $35 million in annual wages once everything is occupied.

Tenants include The Curb Market and Crosstown Brewing Company, which makes craft beer and operates a tap room at the site.