Memphis, TN – The New Southern Hotspot to Live and Work 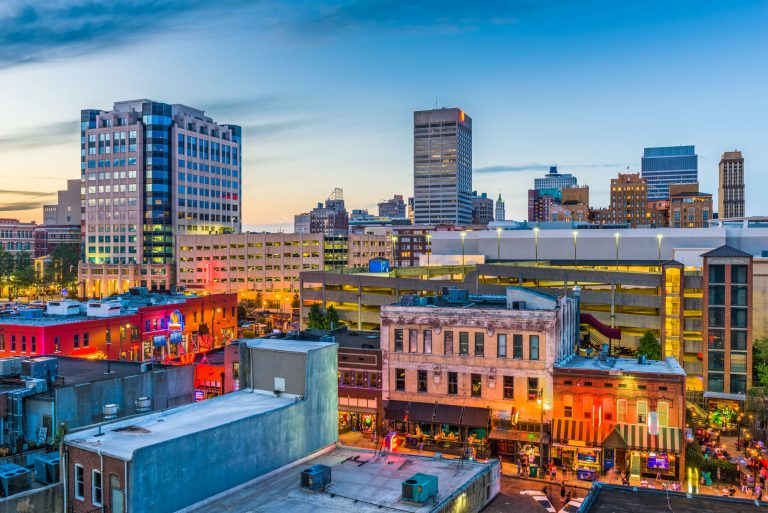 Greater Memphis’ appeal has never been higher, and it’s only growing stronger. The area is home to diverse neighborhoods and communities that suit a variety of preferences, fantastic schools, top-notch dining destinations and countless outdoor recreation opportunities. In addition, Greater Memphis’ cultural climate is hotter than ever, thanks to its growing music scene and array of art-related attractions.

As a result, it’s easy to see why the area is attracting and retaining so many newcomers, including millennials.

“Memphis is a great place to live because it’s authentic and real,” says Melanie Blakeney, CEO of the Memphis Area Association of REALTORS®. “It has history. It’s not a fabricated city. At the same time, we as the citizens of Greater Memphis have been adding to the history and the culture [by] filling in gaps that had been there too long. Memphis now passes the millennials’ test, and that’s evident by the increasing number of them moving here or returning here after leaving for a short time. Memphis is a fun city, but also a city of substance. In my experience, that’s unique.”

8 Reasons You Should Move to Memphis, TN – And it’s Not Just for the BBQ

Organizations like City Leadership focus on drawing talented leaders and helping them succeed to bolster the growing community. One of its initiatives is the Choose901 campaign, an online marketing effort that began in 2012 to help certain Memphis-based nonprofit organizations recruit recent college graduates.

According to John Carroll, who established City Leadership in 2010, the campaign has become a way to create a narrative explaining what makes Memphis a great place to live and work. In addition to the latest job postings, the Choose901 website – choose901.com – includes videos and blog posts highlighting the latest local happenings, from restaurant openings to music festivals to volunteer opportunities.

Carroll says the site provides a unique opportunity to relay the message that Greater Memphis offers a hometown feel as well as big-city amenities, which he considers the city’s most compelling component.

“If we created a website that just listed available jobs, most people would wonder if they actually wanted to live here,” Carroll says. “We’ve intertwined jobs and cool things to do so that we answer both big questions: ‘Where am I going to work?’ and ‘Will I enjoy living there?’ Basically, we’re pointing out the things that are already awesome here, and we’re putting a megaphone on the voices that are doing so much good in the community.”

Why Memphis, TN is a Mecca for Entrepreneurs

Although there’s an influx of newcomers, Memphis has no shortage of attractive places to call home, with options to suit just about any lifestyle.

“The cool thing about Greater Memphis is there are great neighborhoods – unique neighborhoods – all over the area,” Blakeney says. “People are proud of their neighborhoods. Someone living in an older home in Midtown, well, that’s right where they want to be. Somebody else has a 10th-floor condo downtown, another person a new home in Cordova, Hickory Hill or Collierville, and somebody else is out in what we think of as the country with more acreage in a subdivision with a lot of space between the homes.”

Blakeney also points out that certain Memphis neighborhoods are now bicycle-friendly – particularly downtown and in Midtown communities like Cooper-Young, Overton Square and Binghampton – which makes them highly appealing to those whose preferred mode of transportation involves pedaling, and helps reduce vehicle traffic on the roadways.

The community, named the Most Improved City for Cycling by Bicycling magazine in 2012 and declared a Bronze-Level Bicycle-Friendly Community by the League of American Bicyclists in 2015, is home to more than 60 miles of bike lanes. The 10.65- mile Shelby Farms Greenline connects Midtown to Shelby Farms Park, and the Wolf River Greenway will eventually extend 36 miles to connect several neighborhoods across Greater Memphis.

“Memphis is an incredible, fun place to live,” Carroll says. “It’s the right size with the right amenities, and I’m excited to see more people discovering it.”