Skip to content
Home > TN > Memphis > Experiences & Adventures > Memphis, TN’s Entertainment Scene is More than Blues – But There’s Plenty of That Too

Memphis, TN’s Entertainment Scene is More than Blues – But There’s Plenty of That Too

Arts and entertainment in Greater Memphis run as wide and deep as the Mississippi River. 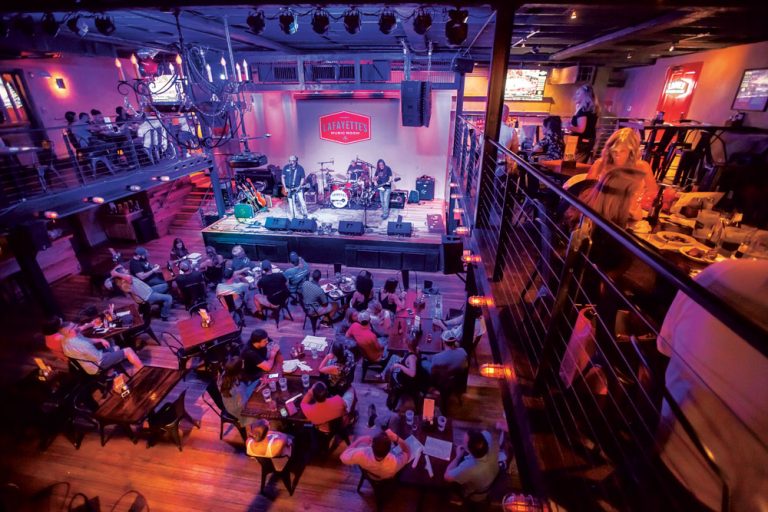 If your Memphis itinerary means Graceland and Beale Street, know that you have only scratched the surface of all there is to see and do.

“What we’ve discovered is if people come here for just a weekend, they find out that there’s so much to do that they can’t get it all in,” says Kevin Kane, president and CEO of the Memphis Convention and Visitors Bureau. “We have a very diverse collection of amenities that really spans a lot of interests, whether it is families with kids, single adults, married couples, retirees. We have something for everyone.”

10 Things Everyone Has to Do in Memphis, TN at Least Once

The food and fun of Memphis extends well beyond downtown and Beale Street (though there certainly is plenty of both to be enjoyed there as well). Popular entertainment districts have developed over the years throughout the city, including Overton Square and Cooper Young in Midtown, the Broad Avenue Arts District and the South Main Arts District, the historic Collierville Town Square east of the city, and the recently restored Highland Strip near the University of Memphis.

“All these areas have great collections of shops and restaurants, places that are very popular for locals and visitors alike,” Kane says. “We have this really diverse offering of entertainment options in various neighborhoods around the city.”

For those who prefer a specific destination to a Saturday afternoon festival or bar crawl, Kane says Memphis has more than 50 official attractions, including several quality museums. The most famous is the National Civil Rights Museum, located at the old Lorraine Motel where Dr. Martin Luther King was assassinated in 1968.

“They have taken a tragedy and really turned the whole experience into one of triumph by honoring people who have fought for freedom and liberty all over the world,” Kane says. “It’s a must-see in any visit to Memphis.”

Fine Art can be found at the Brooks Museum, which opened in 1916 and is the oldest and largest art museum in Tennessee, and at the Dixon Gallery, which in addition to artwork has a 17-acre garden landscaped in the manner of an English park.

Families enjoy the Children’s Museum of Memphis, with its recently restored 1909 Dentzel Grand Carousel, and the Memphis Zoo, one of only four zoos in North America that houses Giant Pandas.

The history of blues, rock and soul music can be explored in Memphis with tours of Sun

Studio, where a guy named Elvis Presley got his start, and Stax Records, the former label for Otis Redding Rufus and Carla Thomas, Sam and Dave and Mavis Staples, among many others. The musical legacy of Stax and Memphis continues strong today at Royal Studios, which in 2014 produced Bruno Mars’ hit song Uptown Funk.

Discover 8 Reasons that Memphis is a Great Place to Live

From Theatrical Plays to Playing Outdoors

Memphis has a very robust cultural scene, with a wide range of arts activities including the Memphis Symphony Orchestra, Ballet Memphis and Opera Memphis.

For theater lovers, the historic 1928 Orpheum Theatre at the top of Beale Street hosts approximately a dozen off-Broadway touring shows, year-round concerts and events each year. Theatre Memphis has been showcasing local talent since 1921, making it one of the oldest community theaters in the country. Meanwhile, the relatively new Hattiloo Theater (opened in 2006) in Overton Square offers performances that focus on African-American playwrights, musicians and actors.

Outdoors enthusiasts find plenty to do in Memphis. On the east side of the city, Shelby Farms Park sprawls across 4,500 acres, making it the second largest county park in the country. Kane says Shelby Farms recently underwent “a major transformation,” tripling the size of the park’s lake and adding several restaurants and other amenities.

One of the newest ways to enjoy the outdoors in Memphis is by walking, jogging or biking along the Big River Crossing, an abandoned vehicle bridge that reopened in 2016 as a pedestrian path over the Mississippi River. The Big River Crossing connects to the 130-mile Memphis Greenline trail system that runs throughout the county.

“It’s amazing to go out on that bridge and be able to look down at the rapid current and the power of the mighty Mississippi River, and then look back at the beautiful city skyline,” Kane says. “That is a true Memphis experience.”