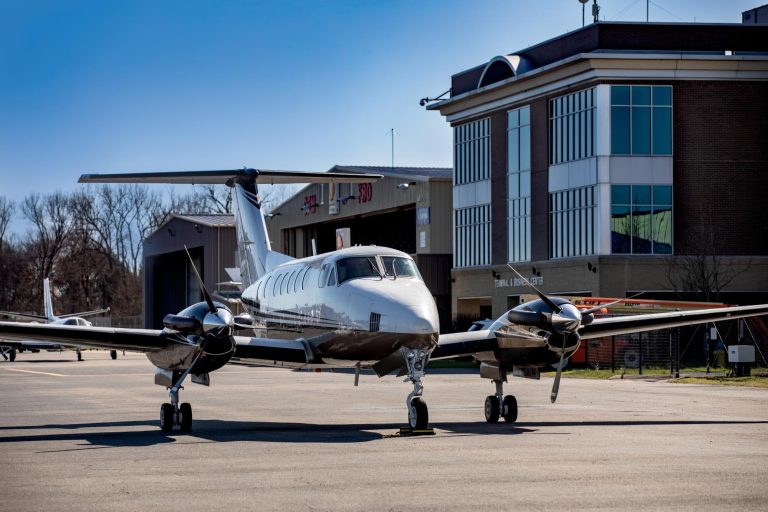 Rutherford County’s economy is in high gear thanks in part to superior infrastructure, superb buildings and available sites that are convenient for logistics and distribution companies. In addition, the county’s central location places it within 75 percent of the U.S. population.

The highway network here includes an Interstate 24 corridor and easy access to I-65 as well as I-40 via I-840, and big-name distribution companies that have chosen Rutherford County include Amazon, Conn’s, Hot Topic and Saks Fifth Avenue.

Other infrastructure assets in Rutherford County include Class I rail service via CSX, and the Tennessee Waterway system is available for barge traffic along the Cumberland River in nearby Nashville. The county is also near Nashville International Airport, and there are two local general aviation airports – Murfreesboro Municipal Airport and Smyrna Airport.

Smyrna Airport has an onsite Airport Business Park that will soon have four large buildings for tenant businesses to occupy.

“Hillwood, a Ross Perot Jr. development company based in Texas, is currently constructing its third and fourth buildings at Airport Business Park,” says John Black, executive director of the Smyrna/Rutherford County Airport Authority that oversees Smyrna Airport. “We have a 49-year lease with Hillwood to lease them land at our business park, and they will lease offices and space in the four buildings to individual tenant companies.”

Hillwood’s first building is completely leased to a company called NFI, that provides all the logistics for Lowe’s Home Improvement. Occupancy at the second building has begun, and construction on the third and fourth buildings is slated for completion in late 2018.

“As for the airport itself, we set a record with operations in 2017 and will most likely hit a record 100,000 operations in 2018,” Black says. “We’ve had a good increase in our corporate aviation and a slight increase in cargo, but our strongest increase is in flight training because there is a pilot shortage these days across the nation. We have two flight schools – Wings of Eagles Aviation and ATP (Air Transport Pilot) – that both stay very busy.”

In addition, the Authority has received a $1.9 million grant to build a new maintenance hangar that will serve the regional jet market.

“We are also beginning work on a new master plan for Smyrna Airport, planning for 10-15 years into the future,” Black says. “We want to continue growing the airport.”

The good infrastructure network in Rutherford County continues to attract a variety of businesses. In 2017, Advance Auto Parts opened a $24.5 million distribution center in La Vergne that created more than 200 jobs.

Also choosing Rutherford County is HYLA Mobile Inc., a company that takes in discarded mobile devices and reprocesses them, thereby keeping millions of cellphones and tablets from landfills each year.

“We refurbish devices and give them a second life,” says Heather Bemis, human resources manager at HYLA Mobile. “People are always trading-in their phones or tablets for the newest and most advanced models, so we assess the condition of each discarded device, remove all customer data, conduct repairs as needed, and resell the devices into secondary markets throughout the U.S. and around the world.”

Bemis says HYLA partners with a number of cellphone carriers and big retailers.

“For example, when someone comes into a store to trade in their iPhone 6 for an iPhone 10, that iPhone 6 will come to our facility where workers reprocess it. Then we resell it through a curated auction, and ship it to its new owner generally within three days,” she says. “In La Vergne, we can process several hundred thousand phones a month at our busiest time, which is typically the fourth quarter during the holiday season.”

HYLA, which is headquartered in Dallas, opened its new processing and distribution facility in La Vergne in June 2017.

“Mike Leach, our vice president of device operations, lives in this area and knew that Rutherford County would be great for proximity and workforce talent,” Bemis says. “Rutherford County is an ideal place for us to succeed.”