Meet the Small Town in Tennessee Serving Up Big Brews 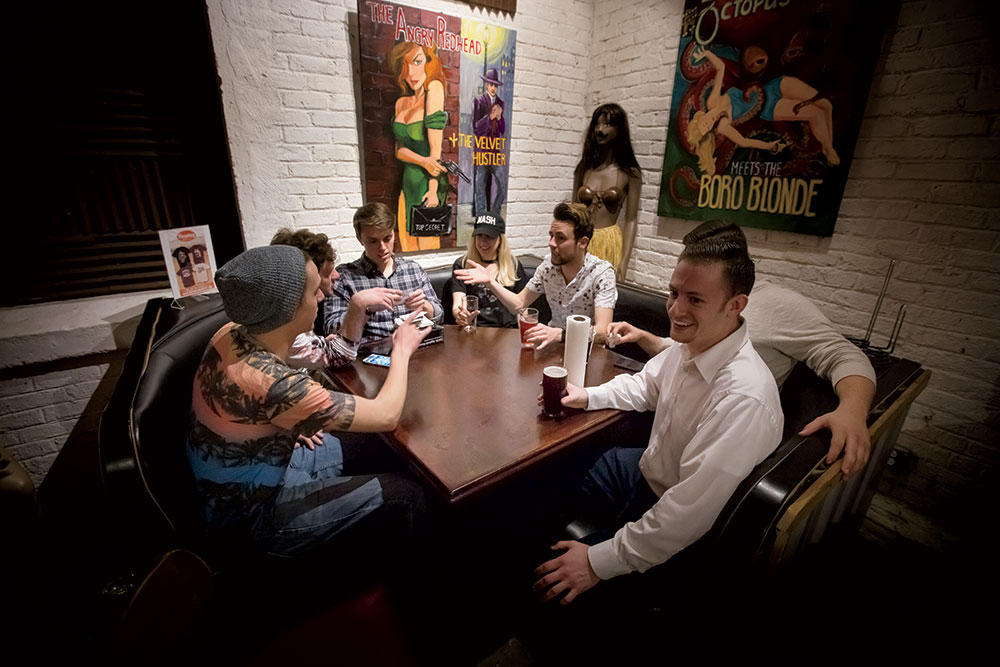 Big changes are brewing in Rutherford County’s entertainment scene, led by the recent opening of an 83 acre brewery complex and the upcoming construction of an $86 million Sazerac distillery.

Beer is only one of the items on the menu at the sprawling new Hop Springs Beer Park, located on a picturesque pasture just east of Murfreesboro. In addition to the 60-barrel brewhouse – the largest in Tennessee – Hop Springs also planse a dog park, an 18-hole disc golf course, a 5-kilometer walking trail that encircles the property (with a pond overlook), and a 5,000-seat outdoor music amphitheater. Hop Springs also promotes a health-and-wellness program that includes yoga classes every weekend.

“Hop Springs is all about quality of life and what we can offer to the community,â€ says Mark Jones, CEO of Life is Brewing, which owns Hop Springs. “We want to introduce people to the outdoors and music and a healthy lifestyle, with a very nice selection of beer in the background.”

Along with the outdoor amphitheater, Hop Springs holds regular concerts inside the taproom, including weekly Americana performances ranging from bluegrass to gospel. “We take a lot of pride in the quality of the sound we put together in our taproom,â€ Jones says. “Music is a huge part of Hop Springs.”

As is the beer. Customers of the taproom can enjoy the three beers that are produced by Life is Brewing – Steel Barrel, Mantra and Humulus – along with 18 rotating beers. The brewery itself has a maximum annual output of 150,000 barrels (approximately 4.6 million gallons). 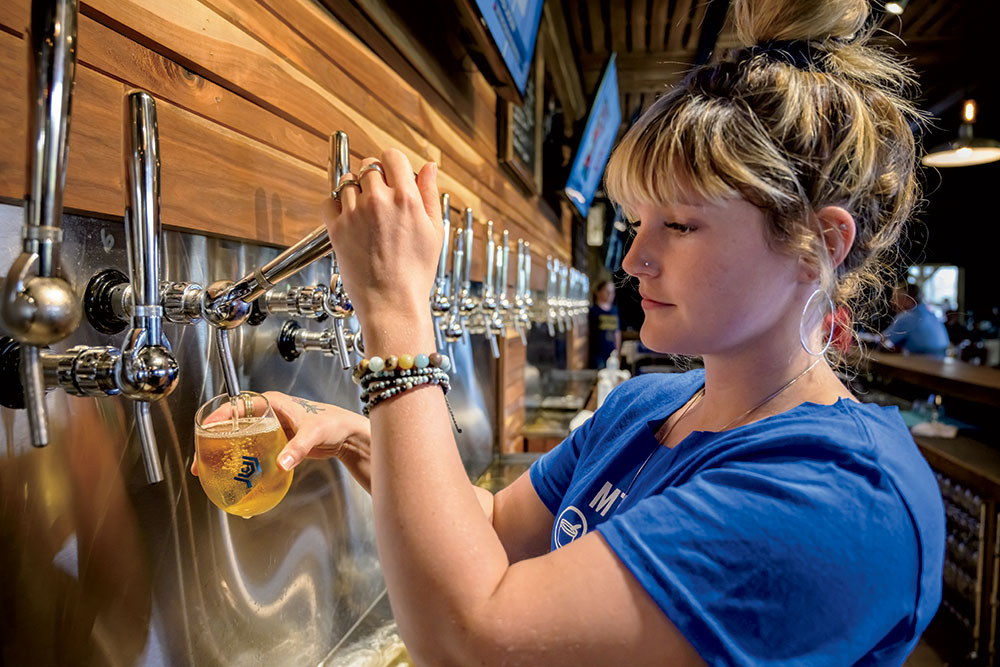 Jones is a graduate of Middle Tennessee State University, where he received a degree in Agribusiness. He says he specifically wanted to locate the brewery in a rural setting, and jumped at the chance to build it in Rutherford County after MTSU created a Fermentation Science program and laboratory in 2017.

Hop Springs is now working closely with MTSU, which has established labs at the brewery for both sensory analysis work and analytical testing, enabling Fermentation Science students to take part in hands-on learning.

“This allows me to have the opportunity to work on experimental projects in fermentation, and also allows MTSU students to work in the largest brewery in Tennessee,â€ Jones said.

The Fermentation Science program encompasses much more than just beer. The process also is used in making bread, cheese, sour cream, butter, milk, yogurt, tofu, pickles and even certain medicines such as probiotics.

“It’s the whole spectrum of fermentation,â€ program director Tony Johnston says. “This shows the commitment MTSU has to serve the industries our students may enter upon graduation. It’s also a way for us to reach out to the greater community. We want to interact with the public and bring them to seminars that we offer, showing them the type of tests we do in these labs.” 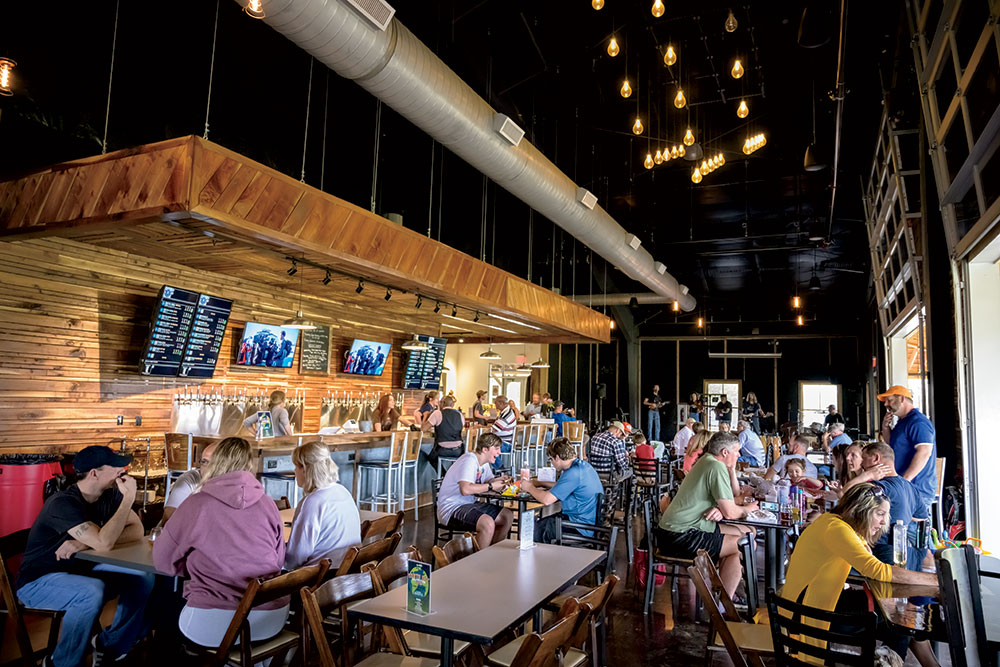 Makers of the Rye

Rutherford County also will soon be the home of a new distillery for the Sazerac Company, a New Orleans-area whiskey manufacturer. The company purchased 55 acres in Murfreesboro with plans to build two warehouses that will have enough space to hold approximately 20,000 barrels. Veteran Tennessee distillers John Lunn and Allisa Henley will oversee the operations.

“We were looking for an area that was easy to access off the interstate, was in close proximity to a city with a growing population and had a college nearby that could provide us with a solid workforce,â€ says Amy Preske, Sazerac public relations manager. “We were also pleased to find property with a 5-acre, spring-fed lake that will be essential in making our whiskey.”

The highlight of the facility will be a new, still-unnamed Tennessee whiskey that Preske says will be made using “as many local suppliers as we canâ€ for the grains and other ingredients. The corn is being sourced from Murfreesboro’s Batey Farms, and the barrels are being constructed from Tennessee oak.

In addition to the actual distillery, plans are for the facility to have a bottling area, visitor center and meeting area. It is expected to create more than 20 full-time jobs, and attract approximately 50,000 visitors each year. Preske says the goal is for the facility to begin production in 2020, with tours starting the following year.

Other Breweries in Rutherford County

Located on West Main Street in Murfreesboro, The Green Dragon Pub & Brewery is a cozy establishment with a Middle Earth theme that offers, craft beers, cask ales and frequent live acoustic music. With seating for about 30 people, The Green Dragon serves sandwiches and soups along with craft brews like India Pale Ales, double IPAs and Imperial stouts. Its best seller is a brown ale called Best in the Shire.

Small-batch beers that are unique and bold are the specialty of Panther Creek Brews, which produces everything from hoppy IPAs and creamy stouts to bold sours and intense barley wines. Three master brewers own the Christiana business, and their most popular brands are Kama Citra India Pale Ale and Vanilla Thrilla, a vanilla cream stout.

Enjoy a couple of pints at Deep South Growlers or take a growler with you, with 25 beers on tap from which to choose. The Murfreesboro establishment features different microbrew offerings such as amber ales, red ales, Belgians, IPAs, lagers, stouts, sours, spiced beers and wheats.