Big-city cultural amenities and a small-city sense of community combine to make Greater Nashville one the hottest U.S. markets for technology jobs. The tech sector is expected to grow 4.4 percent annually. 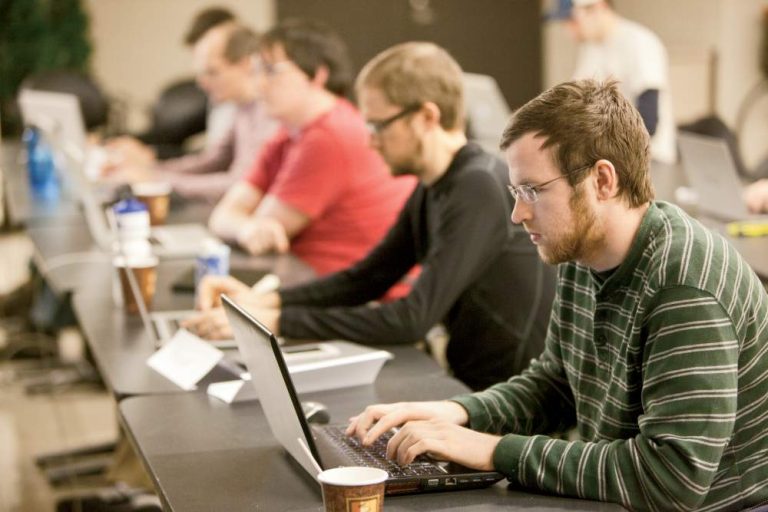 Big-city cultural amenities and a small-city sense of community combine to make greater Nashville one of the hottest U.S. markets for technology jobs. The local tech sector is expected to grow by 4.4 percent annually, and Music City lands on nearly every list of hip cities for technology, entrepreneurship, startups and livability. A 2013 study in Forbes put Nashville in the top five U.S. cities “winning the battle for information jobs.” Nashville’s technology community is energized, and it shows.

“Culture/livability is one of our assets,” says Bryan Huddleston, CEO of the Nashville Technology Council. “To attract businesses, you need a community that accepts the creative class – one that pulls them in so they feel like they’ve been here forever. “We have that,” he says. “That is one of our unique differentiators.”

Nashville is not unique in that its tech talent is stretched. But instead of relying on “top city” rankings to do the heavy lifting, community and business leaders are stepping up efforts to both grow local talent and recruit it from elsewhere. In 2013, the Nashville Area Chamber of Commerce, along with several area partners, launched WorkIT Nashville, a multi-faceted program with an aggressive digital media presence. More than 200 companies maintain profiles on the WorkIT Nashville online hub, where they post open jobs. Candidates also post resumes and work histories on the site.

“Employers of all sizes are engaged in the campaign from a variety of industries, including health care, finance, education and digital publishing,” says Rebecca Leslie, vice president of talent development for the Nashville Area Chamber. “Some companies are posting as many as 200 jobs on the website.”

Smaller, startup companies are also on board, and use of the site is high across the 15-county region. WorkIT Nashville produced a high-quality “playbook” that highlights the tech community and the region’s quality of life, cost of living and neighborhood options. Getting assets such as the playbook and digital hub in place and making sure companies were comfortable using them were the first priority in the WorkIT initiative.

“In 2013, the campaign reached more than 114 million people, attracting candidates from 42 states, and in 2014, we will increase our national marketing strategy,” Leslie says.

Nashville Software School, a nonprofit boot camp for entry-level Web developers, is contributing, too. Since opening 2012, the school has graduated more than 50 junior developers, many of whom got jobs with partner companies. Students pay $1,000 in tuition for the full-time, six-month program. Partner companies repay training costs when they hire graduates; graduates who get jobs at other firms start on payment plans, too. As one of the only nonprofit boot camps for developers in the country, Nashville Software School will soon open the program to non-Nashville residents, who will pay tuition of $10,500. Demand for the training is high – for the September 2013 class, 25 percent of the 200 applicants were not local and could not be considered.

Build3 is the newest local tech training effort. The idea is to build software, build developers and build Nashville, in part by hiring experienced developers to spend time working with greener recruits to give them a feel for working as part of a development team, managing projects and delivering work on schedule.

“It is hard to get that in your first two years on the job,” says co-founder Vic Gatto.

Gatto, a partner at Solidus, a Nashville venture capital firm, also helped launch Jumpstart Foundry, a 14-week business accelerator program for tech startups. He sees a big investment focus in health-care IT ahead that will create a great opportunity for Nashville.

Tech hires have dominated the growth of email-based digital marketing service Emma, Inc., to the tune of 10 in one quarter of 2013 alone, says Clint Smith, the company’s co-founder and CEO.

The firm has grown to about 110 employees, doubling in the last five years. Many tech hires come from elsewhere, including the United Kingdom and Guatemala, and Music City is not a hard sell, Smith says. Nashville’s affordability compared with Silicon Valley and other established tech epicenters is one draw.

“We’ve also got a great university system, great schools, and people are interested in sticking around,” Smith says. “Nashville is big enough to have a lot of things happening but small enough to have that sense of community,” he continues. “The community responds to that.”