The auto industry is strong in the Nashville area and continues to build momentum. 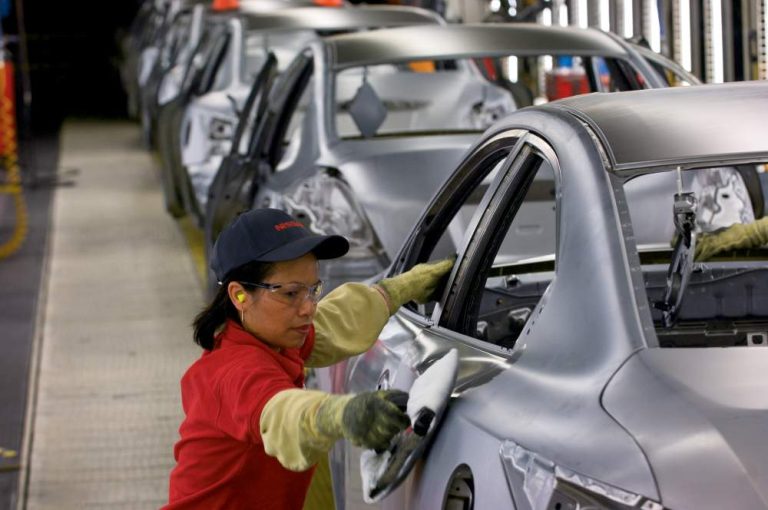 When it comes to automotive strength, Tennessee boasts an expansive, diverse and globally competitive industry ranked as the top in the nation – and the Nashville area is a big driver of that.

The region supports more than 30,000 jobs in the automotive industry, according to a Washington, D.C.-based Brookings Institution study examining Tennessee’s auto strength and its critical role in the economy.

Thanks to a skilled workforce, low labor and business costs, and favorable logistics and transportation, these industry leaders and other auto manufacturers are boosting their investment in the Nashville area and spurring growth across the region’s ever-expanding network of suppliers.

“Thirty years ago, not many people dreamed that a foreign-owned auto manufacturer would prosper in the South, but the Nashville area landed Nissan, followed shortly thereafter by General Motors arriving in Spring Hill with its Saturn vision,” says Janet Miller, chief economic development officer with the Nashville Area Chamber of Commerce. “Now in 2014, the Chamber is working on 70 major business relocation or expansion projects, with about 15 related to the automotive sector. Success breeds success when it comes to industry clusters, and that is the case with the automotive industry in the Nashville area.”

In October 2013, Nissan celebrated two major milestones with the first U.S.-produced Nissan Rogue rolling off the line in Smyrna and the assembly of the 10 millionth vehicle produced at the facility since its opening in 1983. Nissan is shifting production of both the midsized crossover vehicle Rogue and the Leaf electric car from Japan to Smyrna as part of an ongoing effort to have 85 percent of U.S.-sold Nissan products manufactured in North America by mid-2015.

“To manufacture the Rogue, Nissan added 900 jobs and now employs more than 7,000 people at Smyrna with an annual payroll in excess of $275 million,” says Randy Knight, Nissan’s vice president of manufacturing in Smyrna. “Momentum continues as we add new products, jobs and investment to our U.S. manufacturing operations.”

GM Spring Hill Manufacturing, which produced Saturns from 1990 to 2007, followed by the GM Traverse SUV from 2008 to 2009, today manufactures the Chevrolet Equinox SUV as well as engine and component parts for GMC, Chevrolet, Buick and Cadillac products. In late 2013, the automaker announced it will add two midsized vehicles to its Spring Hill manufacturing lineup, with both vehicles going on sale to the public for the 2016 model year. GM is investing $350 million to prepare for the increased output.

“Spring Hill currently has just under 2,000 employees, and we don’t know how many more we will hire, but around 1,800 jobs is the number we are estimating,” says Kristy Bergstrom, plant communications manager for GM Spring Hill Manufacturing.

Growth among auto giants like Nissan and GM is also trickling down to suppliers across the region. Unipres, which makes parts for the Nissan Rogue, added 200 jobs to its Portland operation to meet increased production demand. Calsonic Kansei North America, which produces cockpit modules, consoles, exhaust systems and thermal components for Nissan as well as other automakers, invested $109 million to ramp up its Middle Tennessee operations, which included adding more than 180 jobs to its Smyrna plant.

GM’s restarted operations in Spring Hill have also had an impact, bringing suppliers like Magna Seating to the area to support production of the Chevrolet Equinox.

Bridgestone Corporation, which operates its headquarters for the Americas in Nashville, also continues to grow its presence regionally. The tire giant currently has a $75 million expansion of its steel cord tire-making facility in the works at the Clarksville-Montgomery County Corporate Business Park.

As investment grows throughout Nashville’s automotive industry, more suppliers are moving into the area. South Korea-based Hankook Tire recently announced plans to spend $800 million to construct a tire-making assembly plant in Clarksville in Montgomery County, creating more than 1,800 jobs when production begins in 2016.

“Hankook Tire officials say the fact that the automotive industry trail had been blazed here for more than 30 years played a big role in them choosing the Nashville region,” Miller says. “Hankook knows a strong workforce is in place here, along with a robust business climate.”