Manufacturers from across the U.S. and around the globe are making the Nashville region their destination of choice and creating thousands of jobs in new and expanding facilities. 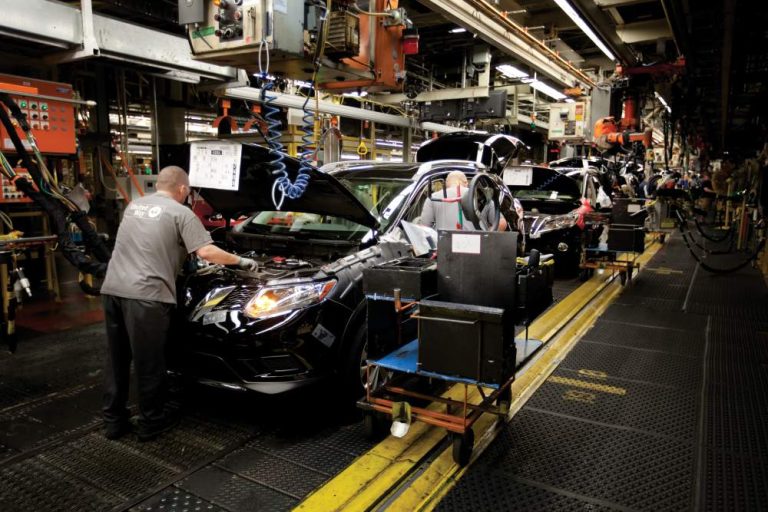 Manufacturers from across the U.S. and around the globe are making the Nashville region their destination of choice, creating thousands of jobs in new and expanding facilities and fueling rapid export growth. The surge in the manufacturing industry, which supports more than 70,000 jobs and has added 11,000 new ones since 2010, comes as no surprise to James Fenton, executive director of the Gallatin Economic Development Agency.

Italian firearms maker Beretta USA is relocating all of its production to Tennessee and picked Gallatin for a $45 million manufacturing and R&D facility expected to create several hundred jobs. Though the area’s central location, pro-business environment and low taxes are major factors in drawing manufacturers, many come to the region because of its workforce, Fenton says.

“In today’s world, an available skilled workforce is truly the driving factor,” he says. “Along with that comes an emphasis on quality of life. Because of the need for a stable workforce, companies are now making sure that the community in which they locate is sufficiently attractive to aid in employee retention.”

Evidence of the strength and scope of manufacturing is evident across the region. Top employers range from global appliance giant Electrolux to the world’s largest tire maker Bridgestone Americas, which is relocating 600 jobs from three out-of-state divisions to its new downtown headquarters tower that will house a total of 1,700 employees. One of the world’s largest flooring manufacturers, Georgia-based Mohawk Industries, is locating a $180 million ceramic tile plant and distribution center in Dickson County that will create 320 jobs over the next four years.

Not only does manufacturing draw nearly $10 billion to the area economy from foreign direct investment, but it is also putting the region on the map as one of top metros for export growth. According to a newly released International Trade Administration report, the Nashville metro exported goods worth $8.7 billion in 2013 – a 35 percent increase over 2012’s total of $6.4 billion.

Transportation equipment tops export categories in the region and doubled from $1.8 billion in 2012 to $3.6 billion in 2013, thanks to the region’s ever growing automotive sector. At North America’s most productive auto plant – Nissan in Smyrna – more than 8,000 workers make up to 640,000 vehicles each year. In Clarksville, South Korean tire maker Hankook Tire is investing $800 million to build its first U.S. factory in Clarksville, where it is creating 1,800 jobs. GM is investing $185 million at its plant in Spring Hill, where it will make small engines and produce the next-generation Cadillac SRX.

“Manufacturing has always been the backbone of our economy,” says Wil Evans, president of the Maury County Economic Alliance.

GM’s ongoing investment has spurred growth across the supply chain, drawing new suppliers to the county and boosting business for existing ones. Comprehensive Logistics Co. is moving to Spring Hill to produce components for the nearby General Motors plant, investing $30 million and creating more than 200 new jobs. Auto parts manufacturer Magna International is investing $16 million to construct a state-of-the-art manufacturing facility in Spring Hill, bringing more than 350 jobs to the area. The 122,500-square-foot facility will be Magna’s fifth location in Tennessee.

Columbia will soon be home to a new innovation center for Franklin-based CLARCOR, a global manufacturer of filtration products and consumer and industrial packaging products. The center will include research laboratories and a Center of Excellence for nanofiber production. In Dickson County, Zinc Oxide LLC announced a $25 million investment that could create at least 55 new jobs. Many of the positions will have salaries of nearly $46,000, and the plant will create an additional 58 indirect jobs, says Joseph Graves, president and CEO of the Dickson County Chamber of Commerce.

One of the keys to the manufacturing sector’s growing strength is workforce preparedness, Evans says.

“One of our major focuses here in Maury County is to ensure that we are preparing tomorrow’s workforce with the skills needed to meet the needs of modern-day manufacturing,” he says.

Tennessee’s workforce attracted Nissan to the Nashville region and has encouraged the company to grow over more than three decades. Nissan established its factory in Smyrna in the early 1980s, and moved its North American headquarters from Los Angeles to Franklin in 2005.

“When Nissan made the decision to begin operations in Tennessee, the company chose the state because of its world-class workforce, strong investment in its education system, and commitment to seeing businesses thrive,” says Justin Saia, the company’s manager of manufacturing communications.

“Nissan has seen tremendous growth in the last 30 years due in large part to its ability to retain and recruit a quality workforce in Tennessee,” Saia says. “The success of the company is directly tied to the people it hires, and Nissan is proud of the more than 12,000 skilled and trained professionals working in its three major facilities in Smyrna, Decherd and Franklin.”

Read about how international companies invest in the Nashville area.