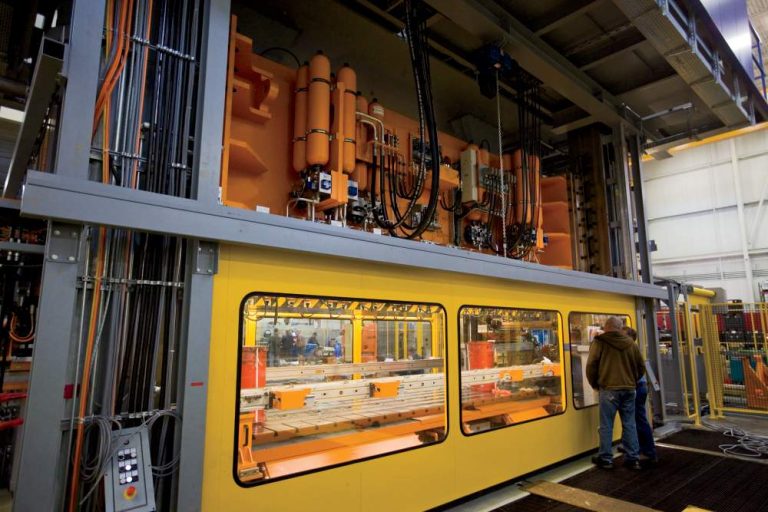 Listen in on any business meeting in the Nashville area, and you’re likely to hear conversations in Japanese, German, Italian, Swedish, Spanish and other languages spoken at international firms that have discovered Middle Tennessee to be the perfect business address.

Their investments are creating jobs and economic opportunity throughout the area. Foreign-owned companies conduct business in 265 locations across the region and directly employ more than 37,000 people. Foreign direct investment (FDI) activity helps sustain more than 83,000 total jobs and supports nearly $5.9 billion of labor income in the area every year.

Nashville’s FDI contributes $10.2 billion to the local economy for a total output of $25.5 billion within the region, according to the Research Center at the Nashville Area Chamber of Commerce.

FDI continues to grow as existing businesses expand and more international companies realize the region’s advantages, including its central U.S. location, transportation network, favorable regulatory environment, low costs and skilled workforce. Out of 121 total relocations and expansions in Middle Tennessee region from 2012 to 2013, nearly a quarter were initiated by internationally owned companies.

That impact was even stronger when it came to new jobs. Foreign-based firms created 2,824 jobs, representing 26 percent of the total number of new positions created by expansions and relocations during this period, according to the Research Center.

One of the most recent companies to move to Middle Tennessee is Italian manufacturer SO.F.TER. Group, which develops, produces and sells engineering plastics for automotive, appliance, construction and electrical markets.

The company is investing $11.5 million to locate its headquarters for the Americas in Lebanon and expects to create more than 150 jobs over a period of time.

“The foundation of SO.F.TER. U.S. is a step of paramount importance in our internationalization strategy,” says Riccardo Meucci, global commercial director of SO.F.TER. Group.

“Moreover, the U.S. operation completes our presence in the Americas and complements our presence in Mexico and Brazil,” he says. “Now we can be considered as a global supplier, providing the same high-quality products all around the world.”

SO.F.TER. is not alone. In a little more than a decade, 180 international companies have relocated or expanded in the Nashville area, creating 17,251 new jobs collectively.

That total is growing again with the arrival of Hankook Tire. The South Korean company is investing $800 million to build its first U.S. factory in Clarksville, where it is creating 1,800 jobs.

“This new facility will help Hankook Tire accomplish our plan to establish a production base in all major markets,” says Seung Hwa Suh, vice chairman and CEO of Hankook Tire. “We will be able to provide our customers, consumers and car makers with high-quality tires and industry-leading service to meet the demands of the American market.”

UBS, the Swiss global financial services provider, is growing its Nashville presence and investing $36.5 million to establish a shared services center in the city. The company will create 1,000 new jobs over five years.

“Expanding our presence in Nashville is the right business decision for UBS,” says Kathleen Lynch, CEO for UBS Group Americas and Wealth Management Americas. “The new UBS Nashville Business Solutions Center is part of our global strategy to continuously improve our efficiency and effectiveness for the benefit of our clients and shareholders.”

German automotive supplier Feintool is also building on its success in Nashville. The company, which opened in 1999, invested $20 million in an expansion in 2007 and is now investing up to $30 million to enlarge its facilities for new high-tech equipment.

“Nashville was chosen due to the fact that a lot of our customers have moved south, including Volkswagen and Nissan,” Vice President Lars Reich says.

The city’s central location is a plus, allowing the company to quickly provide support services for customers in other states, Reich says.

Nearly 30 percent of all foreign investment firms in Tennessee are located in the Nashville area, and the region represents 28 percent of all FDI-related employment in the state.

Japanese investment leads the way in the Nashville area, accounting for 44 percent of total FDI-generated employment and 24 percent of all FDI firms. Recent examples include multimillion-dollar investments by Japanese automotive suppliers like Unipres and Kyowa, which have brought hundreds of jobs to Portland, along with expansions at Nissan in Smyrna and supplier NHK Seating of Americas in Murfreesboro.

Investments by firms from other nations also contribute a significant portion of the region’s total FDI-related jobs, including the United Kingdom with 16 percent, Germany with 7 percent, and Canada with 6 percent.