Nashville has a good transportation system in place for attracting logistics and distribution companies. 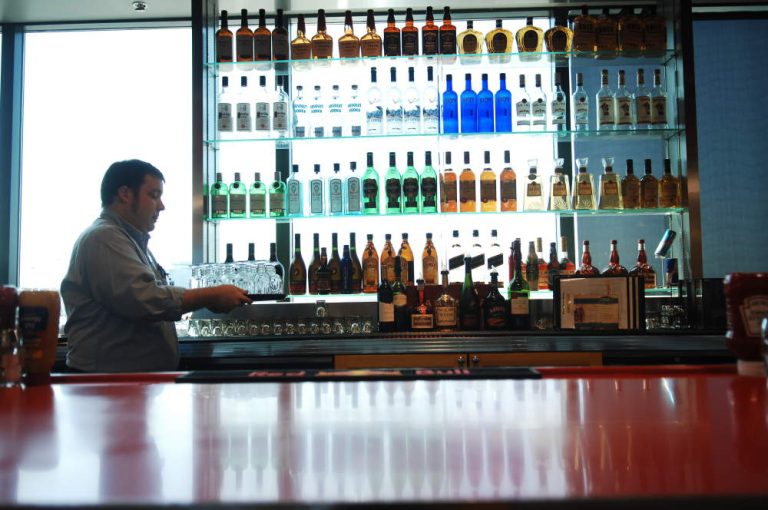 Companies with global distribution, like Gap, Nissan and Saks Fifth Avenue, are doing big business in the Nashville region, and the list of logistics firms choosing the 14-county area continues to grow. Amazon is bringing its first Tennessee-based sorting facility to Nashville and already operates fulfillment centers in nearby Lebanon and Murfreesboro. Cincinnati-based Total Quality Logistics has also established a center in downtown Nashville to coordinate the transport of food commodities, machinery and equipment.

“Nashville is a brand new office for us and part of our company’s national expansion efforts,” says Kerry Byrne, Total Quality Logistics executive vice president. “Nashville’s vibrancy aligns well with our company culture. We identify quality carriers to haul freight, and we chose Nashville because of the access to outstanding professional talent.”

In all, 140 freight carriers and 150 truck terminals operate in metropolitan Nashville. Access to the city’s transportation network includes Interstates 24, 40 and 65, which provides trucking companies with convenient routes to 50 percent of the U.S. population that resides within 650 miles of Nashville. For rail cargo, shipments occur via CSX, which operates two major rail yards and an intermodal terminal in Nashville, and the Port of Nashville on the Cumberland River has a nine-foot channel for barges to reach the Mississippi River, Ohio River and Gulf of Mexico.

Nashville’s multimodal network is capturing the attention of logistics and distribution firms that distribute everything from automotive parts to online retail products. In Rutherford County, automotive product supplier Federal-Mogul is pouring $6.2 million into enlarging its Smyrna aftermarket distribution facility, creating 135 new jobs. Wilson County is another growing logistics hub. Sports apparel company Under Armour is investing $100 million to construct a 1-million-square-foot warehousing facility in Mt. Juliet that will open in 2016 and bring 1,500 new jobs to the county over five years. Also in Mt. Juliet, OHL added 165 jobs at its fulfillment center to distribute beauty and grooming products for the New York-based website Birchbox, which has 800,000 subscribers.

“With our convenient proximity to Nashville, Wilson County has grown as a distribution hub over the past six to eight years,” says G.C. Hixson, executive director of the Wilson County Joint Economic & Development Board. “One big thing we did was take sewer capabilities to the Nashville Superspeedway race track in 2006, which opened up many opportunities for us along nearby interchanges on State Route 840. Before that, it was impractical to attract big-box distributors or industrial companies, but now we are a prime location.”

Hixson points out that the availability of State Route 840 and I-40 has attracted logistics companies like CEVA, Hollister, Leviton and Starbucks.

“Developers have also constructed spec buildings that are ready to occupy, and now we are looking to diversify and attract industries like IT, customer service companies and call centers,” he says. “Like the entire Nashville region, we are in a great centralized location where companies can get in and out of the area in a small amount of time.”

Besides access to interstates, Class I rail and a river port, another major transportation asset in the area is the Nashville International Airport, which welcomed 10.6 million passengers in 2013-2014 – a one-year record for the airport. The airport also added more direct flights to Dallas, including Southwest Airlines service to Dallas Love Field.

“We’ve had service to Dallas/Fort Worth International, but not to Dallas Love until November 2014 – and now we do,” says Shannon Sumrall, corporate communications manager for Metropolitan Nashville Airport Authority.

Southwest is also adding nonstop service from BNA to the San Francisco Bay area, which shares synergies with Nashville in sectors such as technology, health care and corporate operations. The addition of a direct flight will open the door to new business opportunities between firms in the Bay area and Middle Tennessee. BNA also added free WiFi service to all parts of its terminal, and new concessions such as a sushi bar, a wine bar and a bakery opened in late 2014. Passengers who buy beer or liquor drinks at on-site restaurants can now walk throughout the terminal with their beverage.

“No longer are passengers confined to the restaurant where they purchased the drink,” Sumrall says. “You can walk around and go shopping, get a massage – even walk right to your gate area with the drink. This is only available on the security side of the terminal, and passengers can’t take alcoholic drinks onto a flight.”

A new Yazoo microbrew kiosk has also opened within the C concourse – just another feature that gives travelers a taste of Nashville. The airport is also the first in the nation to give ride-sharing services Uber and Lyft the green light to pick up curbside passengers.