Manufacturing Game: Nashville, TN Has It And Its Strengthening

Read how manufacturers are finding success in the Nashville region, where they benefit from a business-friendly environment, central location, fast connections to domestic and global markets, technical training resources, and a skilled workforce committed to craftsmanship. 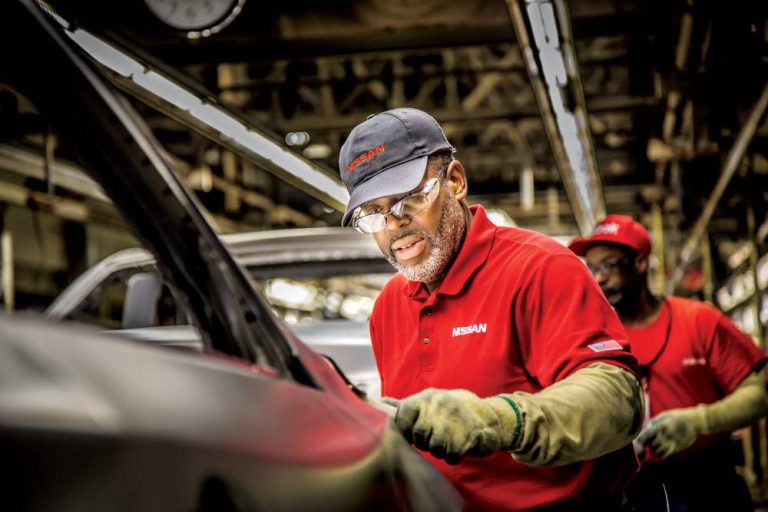 Some have household names recognized worldwide like Nissan, General Motors, Electrolux, Mohawk and General Mills. Others, such as RV appliance and hardware maker Atwood Mobile and Italian porcelain tile producer Gruppo Concorde, are highly regarded in their industries. Whatever their level of recognition, all of these manufacturers share something in common. They are finding success in the Nashville region, where they benefit from a business-friendly environment, fast connections to domestic and global markets, technical training resources and a workforce committed to craftsmanship.

“In today’s competitive environment, a community has to have several positive factors to attract companies, including a skilled workforce and quality-of-life advantages like strong educational opportunities, abundant recreational options, great health-care choices and an affordable cost of living. The Nashville MSA has all of these,” says Brian Hercules, vice president of economic development for the Rutherford County Chamber of Commerce.

“Because we are within an eight-hour drive of 75 percent of the U.S. population and connected to Interstates 24, 40 and 65, our location is ideal,” Hercules says.

The manufacturing industry in the 14-county Nashville region supports 77,500 jobs – 14,883 of which have been created since 2010. Even more positions are opening up thanks to a continuous stream of new industries investing in the area, as well as expansions by existing manufacturers. The region continues to be a magnet for automakers and parts manufacturers.

Nissan is developing a $160 million supplier park at its Smyrna plant, expected to create more than 1,000 jobs. Nissan supplier Topre America, which makes the internal body structure for the Altima, is launching a $53 million expansion next door, creating 100 new jobs.Unipres USA is adding 435 new jobs at its Portland facility, where it makes precision parts for the auto industry.

TWB Company, which already has operations in Smyrna, is building an $18 million state-of- the-art facility in Nashville that will employ 41 workers. The facility will initially serve General Motors, Nissan and several Tier 1 automotive suppliers.

“In our case, we have followed our customers to the greater Nashville area,” says TWB President Ivan Meltzer. “As the automotive OEMs have migrated to the area, so have the suppliers that make up the dynamic automotive supply chain. In addition, the availability of a quality workforce and exceptional infrastructure make central Tennessee an attractive location.”

Italian firearms maker Beretta is relocating its production to Gallatin and constructing a $45 million manufacturing and research and development facility expected to create hundreds of jobs once completed. Another Italian manufacturer, Gruppo Concorde, is opening its first U.S. manufacturing facility in Mt. Pleasant through its UST Inc., subsidiary. The $80 million plant will bring 180 jobs to Maury County and produce high-end ceramic tile for global markets.

Chinese bedding products maker Sinomax Group is investing $28 million to open its first U.S. manufacturing plant in La Vergne. The facility, which produces memory foam and sleep accessory products for major retailers, will employ 350 workers and represents the largest jobs commitment made by a Chinese-owned company in Tennessee’s history.

General Mills is investing $250 million to increase capacity at its Murfreesboro facility, where it will add 117 new jobs. RV appliance manufacturer Atwood Mobile is launching a $3.2 million expansion of its Robertson County operations. The manufacturer, which plans to add 178 new jobs over the next three years, is a leading supplier of appliances and other products to the North American RV and specialty vehicle markets.

Maplehurst Bakeries decided to expand twice in the region. The company, which produces frozen bakery products for in-store and food-service bakeries, announced plans in 2015 to invest $102.8 million in a new 173,000-square-foot manufacturing facility in Lebanon that would create up to 147 new jobs. Just months later, the Creative Occasions division of Maplehurst Bakeries announced a $4 million investment in new capital equipment at its Nashville location. The expansion will create up to 76 new jobs and include a state-of-the-art semi- automated cake decorating line augmented with cutting-edge robotic decorating equipment.

“Creative Occasions prides itself on high-quality cakes and custom cake decorations, and our Nashville location has proven to be a great fit for our company in a lot of ways, including an ideal central location and access to a strong workforce,” says Phil Crow, vice president and general manager of Creative Occasions, North American Frozen Division.