Individuals across industries are thriving in the Nashville region. 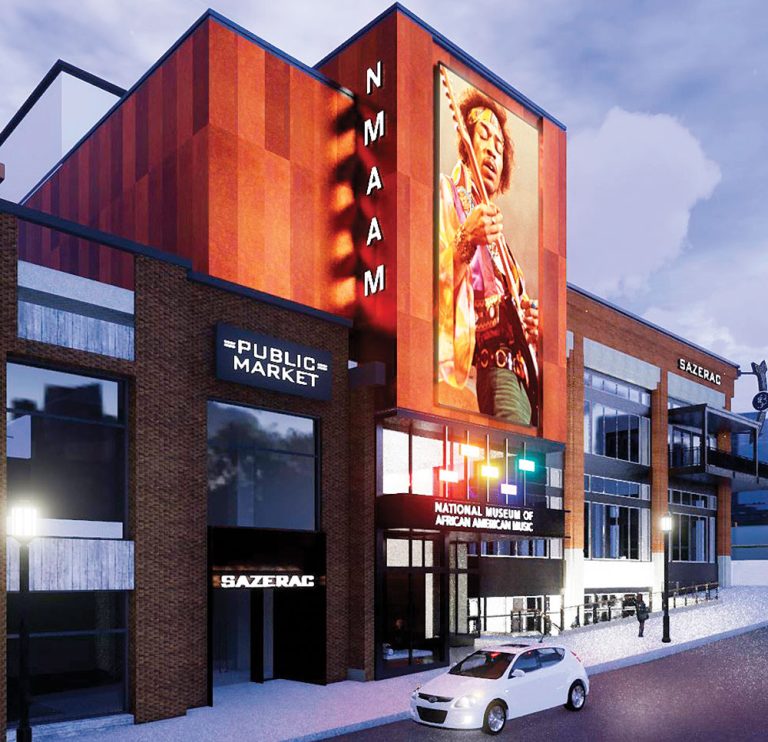 Over the years, Music City has seen its fair share of change – change, that is, for the better.

From population numbers rising like crazy to new neighborhoods popping up all over the region, this city is now a haven for creatives of all kinds ranging from film production and fashion to technology and television.

So what does the new Nashville look like now? You might just call it a true work of art.

Startups, especially digitally-focused ones centered on the entertainment industry, make up a large portion of the creative landscape. Soundstripe, which launched in 2016, is one of the industry’s fastest-growing providers of unlimited, royalty-free music for creators.

“There was no combination of really good music and high-output video content – at least not without paying a fortune,â€ says Trevor Hinesley, one of three founders and the chief technology officer of Soundstripe. “So we decided to try to bridge the gap between quality and affordability.”

And just as Soundstripe created a solution to this issue, another company, BlackSleeve Media, developed an answer to another problem. StylUs, its mobile platform for multimedia content generation, allows anyone to become an influencer.

Yet another app, With the Band, launched by Sarah Beth Perry in 2017, appeals to a different audience – music fans themselves. Through the app, fans, along with artists, can create and participate in fan projects and meetups.

During an intro to music business class at Nashville’s Belmont University, Perry learned about different jobs in the music industry that people often don’t realize exist, including fan engagement.

“My sister and I were huge music fans growing up, so I had always been drawn into the whole fandom culture and creating fan bases,â€ Perry says. “And so I started really researching to find out what companies are doing fan engagement things and realized there was nothing in the market that was trying to solve the problem that I wanted to solve.”

And fans have jumped on this (band)wagon. Right now, the app has 1,000 active users, which, as Perry explains, are normally the instigators of events.

“It’s been so cool to just see not only the creativity from fans, but it’s been so rewarding to see how they take ownership of the things that they are doing. They feel like they are really making a difference and giving back to their artist.”

A Community of Support

A number of resources and initiatives, including many launched by the Nashville Area Chamber of Commerce, are available to help entrepreneurs set up shop in the region.

In addition to having a Music Industry Advisory Group, the chamber provides newcomers with ideas on where to gig and record an album and connects them with chamber businesses that can help put them on the right track.

Plus, the area is home to Leadership Music, an eight-month program where participants hear from a number of industry experts and are involved in hands-on exercises, among other things.

As for Perry, she is participating in the Nashville Entrepreneur Center’s Project Music accelerator, developed in partnership with the Country Music Association, which brings music, technology and business leaders together to accelerate the development of industry-changing startups.

Through the yearlong program, participants gain access to over 100 advisers available for coaching, a supportive community, capital connections and personalized hands-on attention.

“It’s been an awesome experience just being able to launch a company here during this time,â€ Perry says. “I feel like the biggest thing that I wanted With the Band to get out of Project Music is really to create the relationships with other music companies…really just getting to know all the companies and building this startup ecosystem within Nashville.”

Throughout the years, Nashville has played a role in producing some of the world’s greatest music. But some of the stories behind the hits have rarely seen the light.

This is changing, thanks to the opening of the National Museum of African American Music (NMAAM), located at the Fifth + Broadway development in downtown Nashville.

Meant to educate the world and preserve the legacy Blacks have had on music, the NMAAM combines interactive technology and history to tell the stories of how Black musicians helped create and shape more than 50 musical genres and subgenres, including country, hip-hop, jazz, classical, gospel and many more.

Jimi Hendrix, Ray Charles, the Fisk Jubilee Singers, Rihanna and Little Richard are just a few of the artists visitors can learn more about in the state-of-the-art museum. In addition to the permanent exhibits, NMAAM also includes the Roots Theater, a research library, and has rotating special exhibits.

To find out more about the museum or to buy tickets, visit nmaam.org.