How direct air service to London and construction of a new international terminal will make it easier for international companies to do business in Nashville. 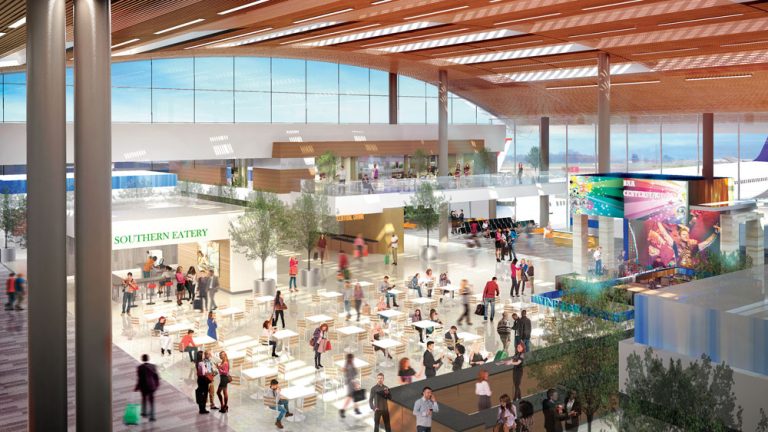 The world of commerce is rushing to the Nashville area, where companies from Japan, South Korea, Canada, the United Kingdom and other nations have created more than 36,000 jobs since 2001.

More global companies are investing in the region, and the inauguration of nonstop service from Nashville to London’s Heathrow Airport by British Airways, coupled with construction of a new International Arrivals Facility at Nashville International Airport, will make it easier for them to get here.

“We anticipate an increase in international flights in the years to come and want to have the capacity and facilities to accommodate these passengers efficiently,â€ says Shannon Sumrall, director of corporate communications for the airport.

Nashville, TN is a Hot Spot for Business

“Just like any airport, you can get to anywhere in the world from BNA via connections. But time is money in the world of business, so it’s imperative to a city’s business climate that its airport offers nonstop flights to the destinations our business community needs. That way, they don’t waste time connecting through multiple airports,â€ says Sumrall.

Foreign direct investment (FDI) by international companies has given the 10-county Nashville area a significant boost since 2001. In that period, 155 internationally owned businesses have relocated or expanded in the region, creating more than 36,000 new jobs.

In the past two years alone, 22 percent of the jobs announced in the region were associated with FDI projects.

A number of foreign-owned companies are expanding in the region. South Korea-based Hankook Tire is investing $800 million to build its first U.S. factory in Clarksville, where it is creating 1,800 jobs. The company is moving its North American headquarters from New Jersey to Nashville, where it expects to employ about 200 people within several years.

The region is also home to Bridgestone Americas in Nashville and Italy-tied Marangoni Tread North America Inc. in Madison. Triangle Tire USA set up its U.S. headquarters operation in Franklin. Its parent company is based in China.

Bridgestone is moving its headquarters from a location near Nashville’s airport to a new $232 million building downtown. It is a brief walk from the city’s arena, which bears the company’s name. The headquarters operation will employ about 1,700 people, including 600 positions being transferred from other states.

Switzerland-based Franke Foodservice Systems announced the expansion of its operations in Smyrna, where it is investing more than $11 million and creating 67 jobs. The expansion includes construction of a residential kitchen showroom. The company opened its Smyrna campus in 2009.

U.S. Tsubaki Automotive is investing nearly $36 million to expand operations in Portland, where it is creating 70 new jobs over several years. The company supplies components to auto manufacturers such as Nissan, Ford, General Motors and Toyota.

The highly automated facility will be able to produce a washer every 10 seconds and will allow LG to change between models in a matter of minutes. The 310-acre site offers the potential to expand for production of other home appliances.

“We are proud to make further investments in America, to create even more U.S. jobs and to bring state-of-the-art home appliance production technology to the great state of Tennessee,â€ says Dan Song, president of the LG Home Appliance and Air Solutions Co.