Learn why expanding international companies are making the Nashville region their business address of choice. 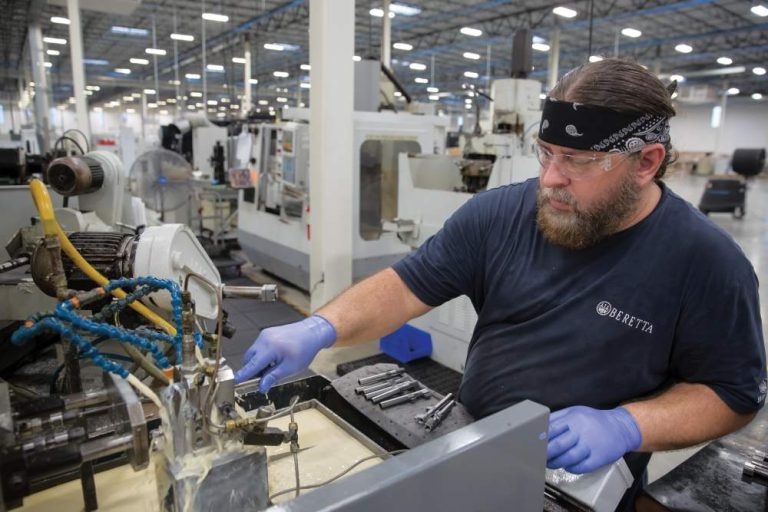 The Nashville area is the business address of choice for expanding international companies that are investing hundreds of millions of dollars and creating thousands of jobs in the 10-county region. More than 270 foreign-owned companies have operations in the region, where they employ nearly 48,000 people. Their investments are a major reason Tennessee was ranked as the No. 1 state for foreign direct investment (FDI) for 2015. That ranking was announced in the 2016 IBM Global Locations Trends report.

For international tile manufacturer UST Inc., the region’s combination of advantages – including a location near U.S. markets, access to raw materials, dedicated workforce, air, rail and highway logistics connections and high quality of life – proved irresistible. UST, a subsidiary of Italy’s Gruppo Concorde, selected Mt. Pleasant in Maury County for its first U.S. manufacturing facility, a nearly $100 million investment that will include 720,000 square feet of plant and warehouse space and an additional 20,000 square feet of space for offices and a showroom. The company is one of the largest producers of high-end ceramic tile, operating production sites in Italy, France and Russia and exporting its products to more than 130 countries.

Producing for the North America market allows the company to improve the service for its customers, reducing about one month of lead time for importing ceramic tiles from Europe, saving transportation cost and custom duties, and shielding it from fluctuations in the value of the dollar and the Euro, says President and CEO Federico Curioni.

Mt. Pleasant rose to the top of the list of potential locations because of the skilled workforce, state incentives that encourage FDI and the availability of a shovel-ready site with railroad and highway connections. UST was also attracted by the quality of life in Maury County, “and last but not least a very friendly and supporting local community,” says Curioni.

“It is a high-end production facility, in terms of state of the art equipment but also for the high level of building architectural details (including) natural light inside thanks to many skylights on the roof,” says Curioni.

UST has more than 100 workers and will employ 160 to 180 people in the next couple of years when the plant is in full operation.

Like UST, Hankook Tire chose the Nashville area for its growing operations. The South Korea-based company selected Clarksville for its new $800 million factory, which will employ 1,800 workers when it is at full capacity. Hankook is establishing its North American headquarters in downtown Nashville, where it is creating up to 200 jobs.

“We believe by relocating our headquarters to Nashville, Hankook Tire can benefit from the people, resources and infrastructures of Tennessee, and we hope it will provide job opportunities and contribute to the Tennessee economy,” says Hankook Tire Vice Chairman and CEO Seung Hwa Suh.

Hankook’s executive offices are a few blocks away from Bridgestone Americas, which is relocating its headquarters to downtown Nashville. Bridgestone will employ 1,700 people and create 600 new jobs.

Understandably, a large percentage of Nashville’s international companies fall within the automotive sector.

“Think of Nissan, the largest foreign-owned employer in the region, and all of the suppliers producing everything from windshields to seats to the springs that go in those seats. Then add in Bridgestone producing the tires and their components. It’s a robust segment of the region’s economy,” says Lori Odom, director of international business for the Nashville Area Chamber of Commerce.

Other manufacturers are growing as well, including Electrolux in Springfield. Another sector experiencing growth because of international investment is corporate operations. UBS and Jackson National Life are examples, says Odom. Another international company, Italian firearms producer Beretta, located manufacturing and R&D operations in Gallatin. The 156,000-square-foot plant will employ more than 300 personnel.

“With the new plant in Tennessee our group achieves another very important step for growth and competitive strengthening in the most advanced and sophisticated market in the world,” says Pietro Gussalli Beretta, president and CEO of Beretta Holding.