Nashville, TN Is Driving In The Fast Lane

Find out how Nashville's transportation infrastructure helps the economy thrive. 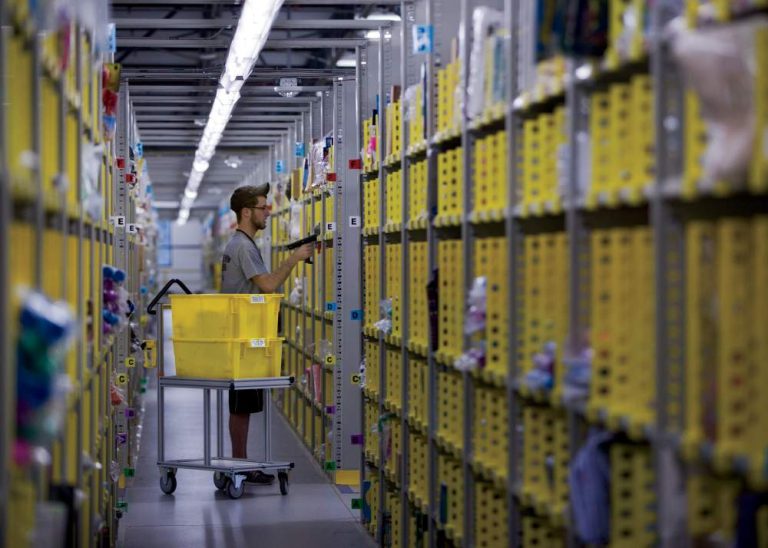 Companies moving goods across the country and around the world can find convenience and affordability for their supply chain operations in Nashville, thanks to its prime location and direct links to highways, rail, and waterways. The area supports logistics operations for a “who’s who” of top firms, including Amazon, Bridgestone Americas, Dell, Gap, Nissan, Saks, Starbucks and Under Armour – and it continues to expand its infrastructure, making distribution and travel even more convenient.

Currently 140 freight carriers and 150 truck terminals operate in metropolitan Nashville. All have access to Interstates 24, 40 and 65, which provide routes to 50 percent of the U.S. population within a one-day drive. For rail cargo, companies can ship via Class I carrier CSX, which operates two major rail yards and an intermodal terminal in Nashville. The Port of Nashville on the Cumberland River has a 9-foot channel that provides barges with access to the Gulf of Mexico, the Mississippi River and the Ohio River.

For air travel, businesspeople enjoy nonstop service to more than 50 markets via the Nashville International Airport (BNA), which averages 400 daily flights and welcomes about 11 million passengers a year. Along with free Wi-Fi, BNA has added nonstop service to San Francisco via United Airlines, Seattle via Alaska Air, Indianapolis via OneJet, and Oakland and Charlotte via Southwest Airlines. JetBlue also introduced two daily round- trip flights to Boston and one to Fort Lauderdale from BNA in 2016.

While distribution continues to grow in Nashville, which recently welcomed a new sorting center for Amazon, logistics is also booming for the rest of the region. Wilson County is making news with a $3 million warehouse expansion by global footwear maker Calares, which produces brands like Diane von Furstenberg, Fergie Footwear, Naturalizer and LifeStride.

“Many logistics companies are concentrating more on e-commerce, and Wilson County is primed for such companies to move here or expand,” says G.C. Hixson, executive director of the Joint Economic and Community Development Board of Wilson County.

“We have a strategic location with the three interstates, as well as State Route 840 that offers a southern loop around Nashville,” Hixson says. “The road system provides a great network of east, west, north and south corridors that have been the foundation of attracting distribution companies here. Plus, we work well with developers and government entities to get business done.”

In 2015, sports apparel giant Under Armour broke ground on a 1-million- square-foot distribution center in Mt. Juliet that will create 1,500 new jobs over the next few years. The site’s proximity to Nashville’s highways and amenities factored into the decision to locate there, says Tony Brown, Under Armour’s vice president of global logistics.

“The Nashville area is a great location for us with a high caliber for attracting talent,” Brown says.

Automotive aftermarket parts supplier Advance Auto Parts chose La Vergne for a new distribution center that will serve its Southeast market. The $24 million project will create more than 200 jobs in Rutherford County. Also expanding is Ryder Supply Chain Solutions, a commercial fleet operator that hauls parts and vehicles to and from Spring Hill’s General Motors assembly plant. Ryder is investing $16.5 million in its Maury County truck depot operation and will increase its workforce to more than 800 over the next five years.

“We have served customers in Spring Hill for decades, and the area is flush with talent enabling us to meet our customers’ logistics needs,” says Steve Sensing, Ryder Supply Chain Solutions president.

“Twelve of the stations are downtown, while the rest are in the outlying areas,” says Andrea Champion, Nashville B-cycle marketing director. “More than 50 percent of the bike checkouts are by tourists visiting Music City.”

Champion says the most popular station is at Centennial Park, followed by Shelby Bottoms, the Farmers Market, Riverfront Park and Fifth Third Center.

“It costs $5 for a one-day access pass, and people of all ages are using the program,” she says.