See why Nashville is a magnet for entrepreneurs and businesses of all size in industries ranging from advanced manufacturing, automotive production and logistics to health care, entertainment and technology. 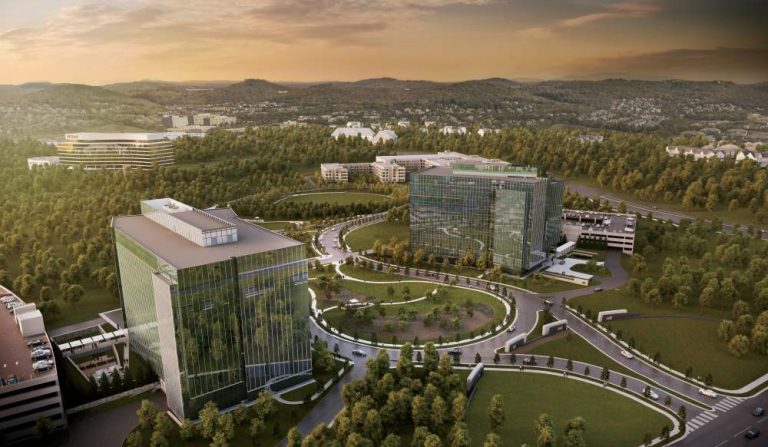 A powerful combination of advantages is making the Nashville region a magnet for entrepreneurs, small businesses and large enterprises in industries ranging from advanced manufacturing, automotive production and logistics to health care, entertainment and technology. The 10-county region has written a success story of investment, expansion and job creation by leveraging its numerous strengths, including a dynamic quality of life that attracts talent, a central Southeastern location, low cost of doing business, outstanding higher education options and an air and highway infrastructure that moves people and products efficiently.

The region’s recent arrivals include CKE Restaurants, the parent company of the Carl’s Jr. and Hardee’s chains. The company is moving corporate offices from California and St. Louis to its new headquarters location in Franklin. CKE will invest $5 million in the new headquarters and employ more than 120 staff in the Cool Springs area of Franklin in Williamson County.

“Being highly franchised has also reduced our office space needs and thus made consolidating offices a more viable option. As such, we will be consolidating our Carpinteria and St. Louis corporate offices in Nashville, which is centrally located and is one of the markets where we have retained company-owned restaurants,” a spokesperson for the company says.

CKE is not alone. Other companies making investments in the Nashville region include Schneider Electric USA, which established its new regional headquarters in Franklin, and Healthcare Management Partners, a health care consulting firm known for orchestrating hospital turnarounds. The company is relocating its corporate headquarters from Philadelphia to Nashville. Schneider Electric will serve its national customers from its new offices in Franklin, where it is consolidating its existing Middle Tennessee operations. The company is relocating about 900 current employees and creating 250 new jobs. Schneider Electric is a global company that specializes in energy management and automation by developing connected technologies and solutions to manage energy and process in ways that are safe, reliable, efficient and sustainable.

“Tennessee has long been a hub of innovation for Schneider Electric, and we are happy to maintain our strong commitment to the communities where we live and work,” said Annette Clayton, CEO and president of Schneider Electric North America. “Our new facility in Franklin will be our largest office in the country, creating an environment that encourages collaboration with customers and employees. The facility will be designed with the Schneider Electric vision of workplace collaboration and energy efficiency and will create a center of leadership and excellence.”

Schneider Electric’s regional office will be located at Two Franklin Park in a newly constructed 150,000-square-foot space. The workforce will be composed of engineering, sales, R&D and corporate functions for several national and global business units.

The region’s many advantages created an opportunity for growth for TwelveStone Health Partners. The company, formerly known as Reeves Sain Medical, is building a new headquarters in Murfreesboro, where it was founded in 1980. Murfreesboro, the geographic center of Tennessee,  gives TwelveStone Health  the ability to deliver products and services to millions of patients in the South within a three-hour drive, says CEO Shane Reeves.

The Nasvhille area has become a health care mecca, and Tennessee is proving to be a pro-business state with low taxes, minimal regulations and many progressive tort reform laws, Reeves says. The presence of Middle Tennessee State University in Murfreesboro and proximity to Nashville have been sources for hiring skilled individuals.  “The overall quality of life of Middle Tennessee is tremendous these days,” he says.

“I feel like Middle Tennessee still has the small town charm when it comes to relationships but it also has a lot of big city amenities when it comes to food, sports, entertainment and outdoor recreation.” Other businesses have made the same discovery. Since the beginning of its 2014 fiscal year, the Nashville Area Chamber of Commerce has tracked announcements of more than 350 expansions and relocations to the Nashville region. Those businesses announced plans to create more than 35,000 new jobs and invest more than $6.5 billion.  One of them, DayNine, a San Francisco Bay area-based global human resources and financial consulting firm, considered 20 U.S. cities. Nashville stood out from the rest. “We fell in love with the vibrancy and the culture of Nashville,” says CEO Tim Ramos.