Nashville's rapid rise as a hot bed for technology firms is driven by the diverse talent in the area, and the city's entrepreneurial culture is contributing to the growing tech scene. 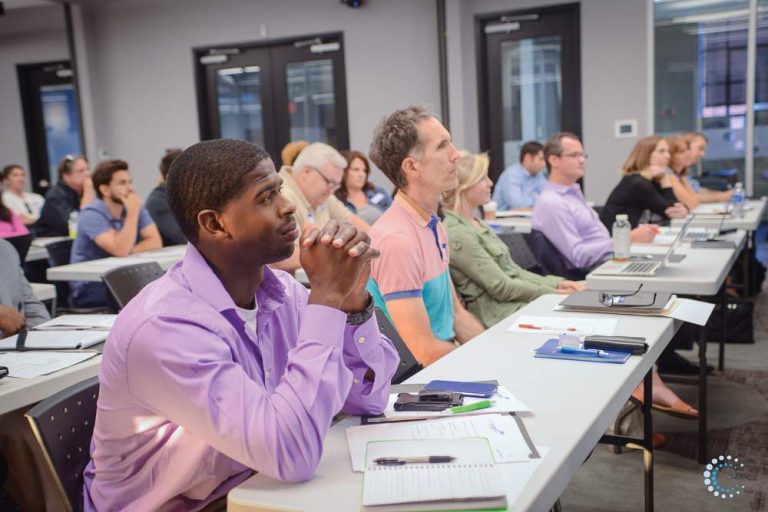 Nashville’s technology scene is red hot, with an innovative culture that is drawing tech firms and entrepreneurs from all across the nation. Large technology companies like Asurion and ServiceSource, which is expanding its downtown sales center, have a strong presence, and there’s an influx of new software and digital firms moving into and expanding in the region, including ForceX, Drake Software, Pilgrim Consulting and TechnologyAdvice. Video Gaming Technologies, which was recently acquired by Australia-based Aristocrat Leisure Limited for $1.3 billion, has recruited more than 100 technology professionals in the past 24 months after relocating to the Nashville area from Virginia in 2007, according to Doug Edwards, chief administrative officer for VGT.

“The core advantages for selecting Nashville as our technology hub were the immediate access to a broader labor force, the cost of living, the local education system, no state income tax, the ease of selling the Nashville area and the support received from the state of Tennessee to assist us in growing our operations,” Edwards says.

In 2008, ServiceSource opened its Nashville location after a national search for a sales center in the east to complement locations in San Francisco and Denver. The office started with 20 employees, managing service contract and subscription renewals for more than 40 hardware, software, software as a service (SaaS), and health-care technology companies. In summer 2014, the company announced the addition of 100 jobs, bringing the total number of employees to more than 800, says Grant Clarke, vice president of selling services.

“Nashville is an emerging technology hub in the United States,” Clarke says. “Nashville’s vibrant culture and entrepreneurial spirit are key ingredients to building a dynamic workforce. Without the continued support from the city of Nashville, we could not have grown in such a short time to meet the needs of our customers.”

To meet the industry’s rising demand for talent, groups throughout the city are building a pipeline of skilled IT workers. Key initiatives include the Nashville Software School, a boot camp for entry-level web developers, and WorkIT Nashville, a tech talent recruiting initiative sponsored by the Nashville Area Chamber of Commerce and other local partners that has gained a high profile online.

The city’s technology network will soon be getting a boost, too, with Google Fiber set to roll out its gigabit high-speed Internet service in the city. Data centers are also expanding citywide. Data center provider Peak 10 is planning a multimillion-dollar expansion of its Nashville-based facilities, and California-based 365 Data Centers launched a data center and tech hub downtown to provide colocation and cloud-based services to the city’s burgeoning tech startups.

Faster Internet service will enhance the fertile ground Nashville has created for tech firms, which are supported by a growing network of organizations that provide mentorship, networking and funding opportunities for entrepreneurs. Activities like BarCamp, an unconventional tech conference, bring together the local tech community to share ideas and inspiration.

The Nashville Entrepreneur Center (EC), located at Rolling Mill Hill, helps accelerate startups in digital media and entertainment and health-care IT. The EC recently partnered with the Country Music Association to launch a 14-week business accelerator for music technology startups called Project Music Nashville. The center also provides support to accelerator Jumpstart Foundry, recognized by TechCrunch as one of the nation’s top business accelerator programs. The accelerator plans to increase its investments in companies that have closer relationships with the local venture capital community.

“We have such a diverse and powerful ecosystem that has everything from small startups to companies that have had an IPO, and now we’re starting to be a technology hub for West Coast companies,” says Marcus Whitney, co-founder of Jumpstart Foundry. “We’re increasing our investments, with a specific emphasis on health care, because that’s where we’ve seen the majority of the traction happen in the last five years.”

Aaron Salow, CEO of XOEye Technologies, moved his company from Michigan to Nashville in early 2014 because it was close to its customers in the manufacturing, construction and airline industries, and had a hip lifestyle that would help attract new hires. XOEye is developing a wearable computer in the form of high-tech glasses for businesses that need the hardware that includes onboard cameras and audio gear and device-agnostic software.

“When you’re trying to recruit the best talent in the country, a location that has a certain cachet to it is exciting,” Salow says. “There’s a certain vibe here, and people are genuinely kind and easy to work with.”