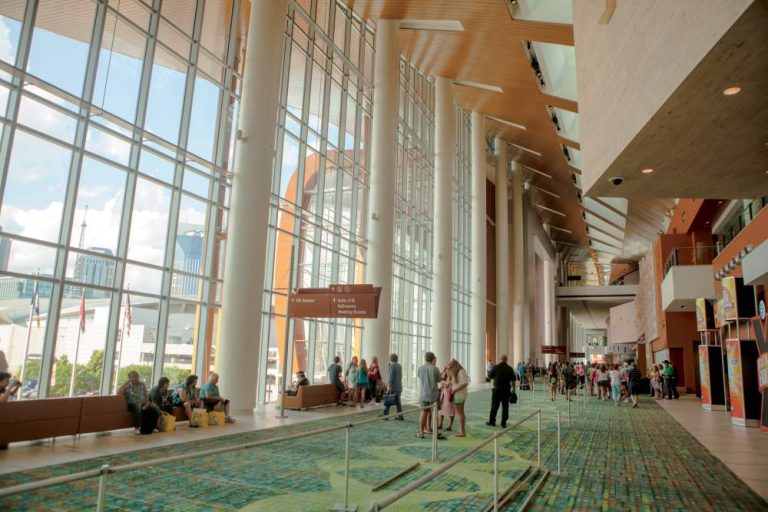 Nashville isn’t Music City USA any more – try thinking of it as Music City Global instead. As the city’s music and entertainment industry has flourished, Nashville has emerged as a major player – not just locally or even nationally, but on the international stage. The economic impact of the music business on Nashville, which enjoys a music-activity density two to 30 times greater than the nation overall and up to 10 times greater than New York or Los Angeles, is well documented.

A Nashville Area Chamber of Commerce study estimates that the industry helps create and sustain 56,000 local jobs, and contributes a total economic output of $9.7 billion to Nashville’s economy each year.

And television’s Nashville drama puts the city before millions of prime-time viewers each week. Add to that kudos from Forbes, Travel + Leisure, The Daily Beast and CNN Money, and Nashville’s emergence as a major player becomes clear – as it was intended to.

A strategic planning initiative a few years back led to a bold decision to drop the “USA” from Nashville’s traditional sobriquet.

“We felt from a broader perspective there should be only one Music City in the world,” says Butch Spyridon, president of the Nashville Convention & Visitors Corporation. “We thought, ‘Let’s think big. Let’s go for it.’”

The edited moniker also reflected Nashville’s diversity as home to artists in many musical genres, from rapper Ke$ha to rockers The Black Keys to Americana icon Alison Krauss to Christian music artists. The name change proved to be predictive. The city’s entertainment scene has attracted respected independent labels like Rounder Records. The label announced a move from its longtime New England home to Nashville in late 2013, drawn by the convenience and synergy of the city’s music business, says President John Virant.

“We get Nashville,” Virant says. “I’ve been coming here for years, but recently the change has been unbelievable – the hotels, the restaurants, the convention center. It’s booming.”

The industry’s presence has also drawn artists, tech entrepreneurs, filmmakers, fashionistas, chefs, designers and more who are attracted to Nashville’s creative, innovative climate. And Nashville has become an internationally known dining destination lauded by the New York Times, Bon Appetit and others.

“Great cities are being grown out of this very diverse creative class,” says Randy Goodman, co-chair with Mayor Karl Dean of the Music City Music Council, an initiative dedicated to growing Nashville as a global music center. “The new, young, technology-driven entrepreneur is as much an artist as a songwriter, and that’s a whole new area of the creative class that’s being drawn to Nashville for its quality of life and innovative attitude.”

Perhaps the largest impact the music industry makes on other sectors is in hospitality, which has seen a number of new hotels open recently in response to increased tourism and convention bookings at the new Music City Center (MCC).

“For tourism and conventions, you need something to make you stand out from the competition,” Spyridon says. “The music brand creates an awareness we couldn’t buy. It creates an aura of Nashville as special, unique and authentic.”

Charles Starks, president and CEO of the MCC, agrees.

Themed around music, with a guitar-shaped ballroom, the dramatically designed conference center reaps the benefit of the city’s music industry, but also returns the favor by accommodating larger attendance at events like the Country Music Association summer music festival and providing facilities that allow meetings to hire local, often big-name, acts.

“It all helps advance the brand,” Starks says. “If you’re here to attend a convention, you may just get here and find out how great Nashville is.”

Conventions with 5,000-6,000 attendees are booked in MCC every 11 days in 2014, many with an international presence, which helps spread the Music City message globally, Starks says.

And the growing number of major music tours that come from Nashville, whether the artist is Dierks Bentley, Sheryl Crowe or The Kings of Leon, take the brand even further.

“Music and entertainment play a major role in landing conventions,” Starks says. “Many of the artists who play here are country, but many are not. People everywhere are understanding that Nashville is so much more.”