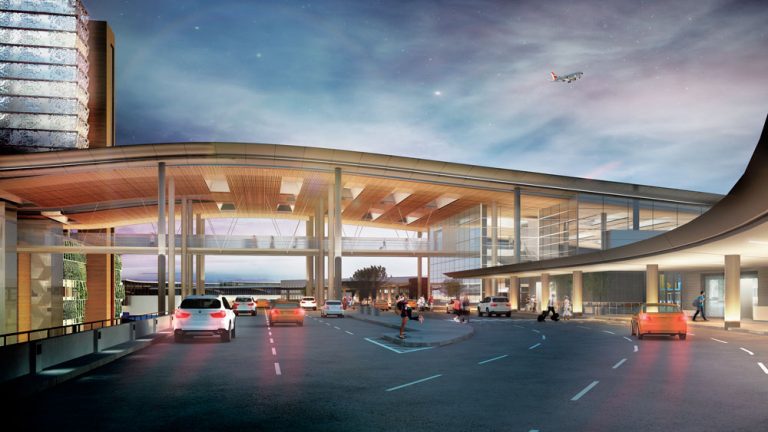 With nearly 100 people relocating to the Nashville area every day, a solid transportation infrastructure has been an essential ingredient in the region’s economic vitality.

Nashville’s network of major interstates, rail access and an international airport give it a distinct advantage when attracting both relocating businesses and talent. Now with a proposed regional rapid transit system and expansions to the Nashville International Airport, the “Itâ€ city is ready to continue its economic growth spurt.

The city’s Moving Forward transit proposal engages government, business and community leaders to work together to fund and develop a transportation network that links the 10-county Nashville region. Dubbed nMotion, the transit plan calls for expansion of the city’s bus system, more than 28 miles of light rail, rapid bus routes and a transit tunnel beneath downtown Nashville to be constructed over the next several years.

“There is evidence that an intelligent mass transit system can benefit regional economies and improve the quality of life for residents of the Middle Tennessee region,â€ said Patrick Raines, Ph.D., professor of economics at Belmont University and dean of the Massey College of Business at Belmont, in his essay “Positive Prospects for Nashville’s nMotion Plan.”

Meanwhile, the Nashville International Airport (BNA) has unveiled an expansion plan to keep pace with the region’s growth. In 2017, the airport set a new passenger record of 14 million passengers – the fifth consecutive record-breaking year.

“Our projections are that by 2023, we’ll be at 17 million passengers, and by 2041, we’ll be at 23 million passengers. There’s a lot of growth happening, just as the city is experiencing growth. From tourism to conventions to new business coming in, that has an impact on the airport, so we’re seeing record-breaking growth unlike anything we’ve ever seen,â€ says Shannon Sumrall, director of Corporate Communications for the Metropolitan Nashville Airport Authority.

Fortunately, Sumrall says, the airport was built to handle increases in traffic as a former American Airlines hub with four runways. However, as BNA shifted from a hub to an origin and destination airport, officials have invested in passenger-friendly upgrades that include more dining and retail options, live music throughout the terminal and non-stop service to business-friendly hubs, such as London’s Heathrow Airport.

“Companies want to know, ‘where do you fly nonstop?’ If they don’t have to spend a full day connecting around the country to get somewhere, they don’t want to,â€ Sumrall says.

In 2017, officials broke ground on BNA Vision – a five-year, extensive growth and expansion plan for the airport – that will include additional parking, a new, state-of-the-art International Arrivals Facility, a renovated lobby, new ticketing wings, expanded security screening, as well as a new D Concourse.

“We’re doing a lot; we’re touching almost every part of the airport. We’ll also have an on-site hotel and a transit station ready for light rail or a rapid bus,â€ Sumrall says. “What we’re told by the [Nashville Area] Chamber of Commerce is that when they are sitting down meeting with businesses looking to relocate, one of the first questions those businesses ask is, ‘How’s the air service?’ We want to make sure that as the region’s airport, we can be the best that we can be.â€