Communities near Nashville, Tenn., give the area’s residents quick, easy access to fun downtown districts and plenty of opportunities for outdoor recreation. 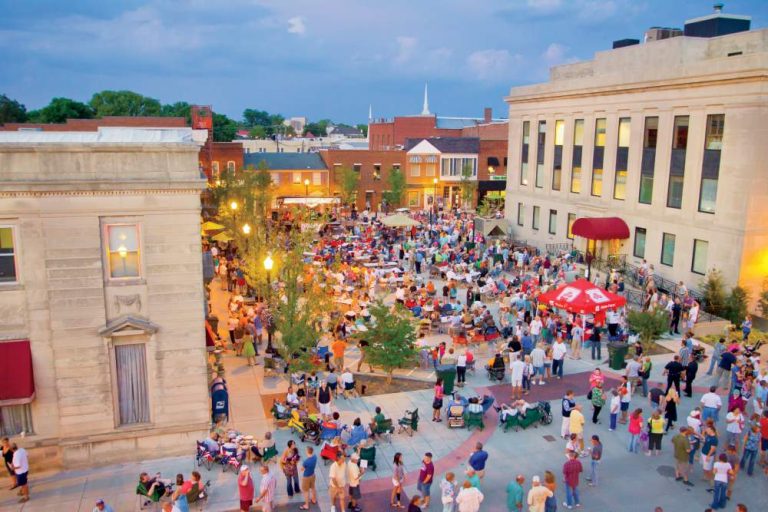 Nashville has a reputation for being a top spot for music and entertainment, but there’s far more to the area than Music City’s bright lights and sweet sounds. Many of the surrounding communities are home to thriving downtowns filled with shops, restaurants and can’t-miss attractions, and those communities often include high-quality parks and outdoor destinations.

In short, you’ll find plenty to do and see just minutes from the heart of Nashville – the hard part is deciding which place to explore first.

Nearby cities like Franklin, Gallatin, Murfreesboro and Lebanon are part of the Tennessee Main Street Program, a statewide resource for communities looking to revitalize and manage their downtowns. As part of the program, each participating city forms a nonprofit organization that specifically focuses on revitalization efforts by following the four-point approach established by the National Main Street Center, which emphasizes organization, promotion, design and economic vitality.

Since becoming a Tennessee Main Street community in 1984, Franklin has grown its downtown into a well-preserved, 16-block district with a family-friendly vibe. One of its many standout features is its Franklin Theatre, a legendary venue that received an $8 million renovation between 2007 and 2011. Now restored to its former glory, the theater showcases movies, concerts, plays and other performances – and it’s just a 20-minute drive from Nashville.

“We have a serious interest in maintaining historic downtown Franklin because it’s the identity of our community,” says Matt Largen, president and CEO of Williamson, Inc. “The fact that we raised such a substantial amount of money from private sources for the renovation of the Franklin Theatre during the last recession speaks to the values of Williamson County.”

Located approximately 30 miles northeast of Music City, Gallatin has also seen its downtown flourish since becoming a Tennessee Main Street community in 1983. Downtown Gallatin lays claim to the renovated Palace Theatre, which is the state’s oldest silent movie theater still in its original location, and the district plays host to dozens of special events throughout the year.

“The Gallatin Chamber of Commerce and Greater Gallatin, Inc. have made sure there are things going on in downtown Gallatin all the time,” says James Fenton, executive director of the Gallatin Economic Development Agency. “On social media, our chamber uses the hashtag ‘#locallove’ – you’ll see it and feel it when you come downtown.”

When it comes to enjoying the great outdoors, the Nashville area offers dozens of excellent opportunities in all directions. Murfreesboro, situated approximately 35 miles southeast of Nashville, lays claim to the 103-acre Richard Siegel Park that hosts some of the most prestigious soccer events in the U.S., and the city has an impressive greenway system that connects historical sites, parks, neighborhoods and businesses. Gallatin has approximately 600 acres of parks, and its 4-mile track that begins at the Gallatin Civic Center and connects to Triple Creek Park is a popular destination for walkers and joggers.

Nearby, Lebanon – about 30 miles east of Music City – comprises the 900-acre Cedars of Lebanon State Park, which has 117 well-equipped campsites and eight miles of hiking trails. The park also has an equestrian operation, with rental horses available for 2.5-mile guided trail rides.

To the south, Franklin is home to a portion of the Natchez Trace Parkway – a favorite cycling spot – as well as the Harpeth River, which is perfect for canoeing and kayaking during warm-weather months. In addition, Franklin’s parks have several miles of trails. Largen notes that a plan is in the works that will create even more multi-use paths across the community.

“The city and the county have both put a lot of emphasis on developing a trail system that connects the entire community,” Largen says. “We’re the healthiest county in Tennessee, so it’s no accident that our government continues to think about ways for residents to maintain health and give us more options for outdoor activities.”